One of the features of global warming is that it’s started to snow more in the winter again, here in the UK. Not serious snow like you get in Canada or Norway, but enough to cause a fair bit of disruption and lots of fun for children and adults alike. Today it kept on snowing through the day and round where I live there weren’t too many people venturing out. Maybe tomorrow.

The kids are all waiting for that email from the school saying it’s been closed on Monday. Not sure it will happen: public transport’s been holding up quite well so far. We’ll see.

Anyway, I love going out in the snow to take photos. Everything changes its appearance. New shapes and perspectives emerge. It’s a thing of beauty and wonder really, especially when you go into close up. So here are a few shots I took this afternoon, before I settled down for some mass sports viewing!

If you’ve been reading my blog for a while, you’ll know I did one called An (un)English Garden last year. About how all the mess can look quite interesting. Good excuse for leaving it that way. Here are a few shots of the same mess, enhanced by the snow! Double click to get full size.

The old trampoline is going soon… and the burst balls. 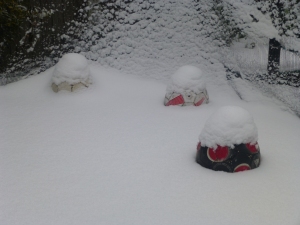 Sums up Arsenal at the moment… somewhat forlorn. Hiding.

Still haven’t taken these old bikes to the dump! 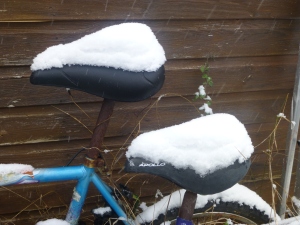 Moving into the street, this one should be in Cannes… 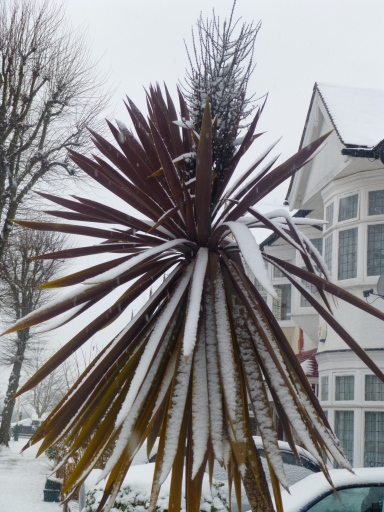 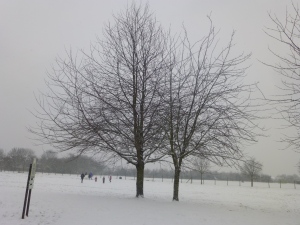 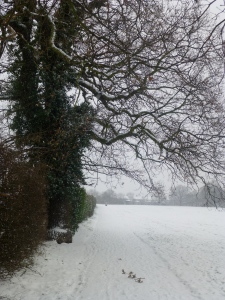 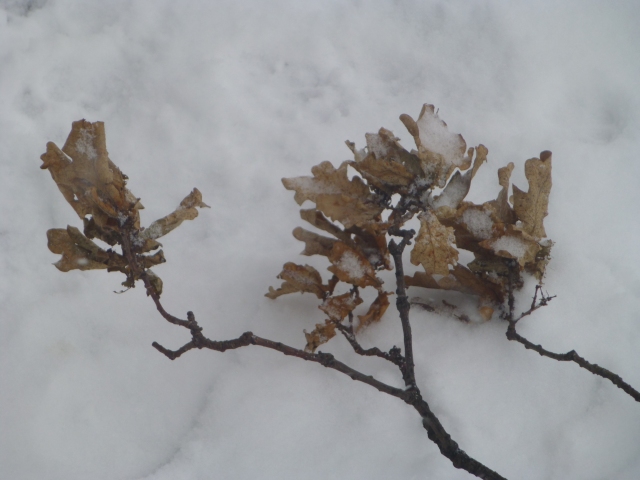 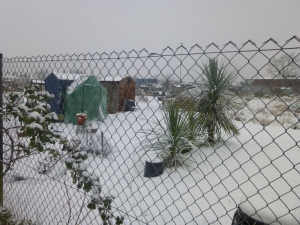 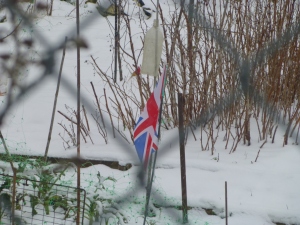 The Tube depot – always looks good in the snow. As long as they keep running! 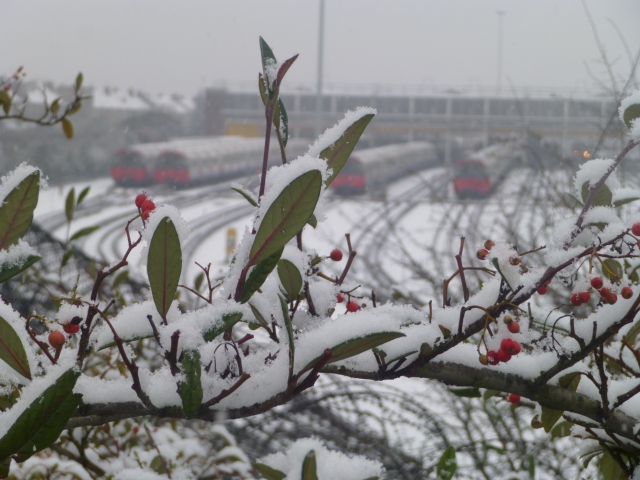 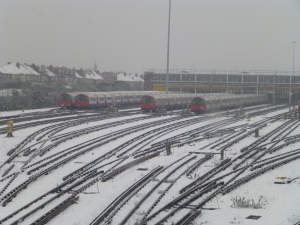 Greys and browns and whites dominate. Soft, soothing colours and light. But different patterns, unusual profiles. Snow transforms the sky and the landscape.

I'm blogging about the things I love: music, sport, culture, London, with some photos to illustrate aspects of our wonderful city. I’ve written a novel called “The Decision”, a futuristic political thriller, and first of a trilogy. I’m also the author of a book on music since the 1970s called “ I Was There - A Musical Journey” and a volume of poetry about youth, “Growin’ Up - Snapshots/ Fragments”. All available on Amazon and Kindle.
View all posts by John S →
This entry was posted in London, Photos, Random stuff and tagged local, London, northfields tube depot, Photography, photos, Snow, snow on leaves, tube, West London, winter. Bookmark the permalink.