The Brandenburg Gate, originally built in 1788-91, in the reign of Friedrich Wilhelm II. At one end of the Unter den Linden boulevard and on the edge of the Tiergarten, Berlin’s central park. It has been the scene of huge moments in history. Napoleon, conquering Berlin, took the Quadriga, the chariot atop the arch, back to Paris in 1806. The Prussians got it back in 1814 when they occupied Paris. Hitler’s torchlight march, on taking power in 1933, took in the Brandenburg Gate. The gate was damaged but not destroyed in the Second World War. When the Berlin Wall was erected in 1961 it cut off the Gate from the West and left it in no-man’s land. But JFK made his Ich bin ein Berliner speech in 1963, just the other side of the Wall from the Gate. Ronald Reagan did his own thing there in 1987.

And today it’s just as it should be. A happy tourist destination. Open to everyone. Boringly normal, a reminder of the grand political gestures we are better off without. 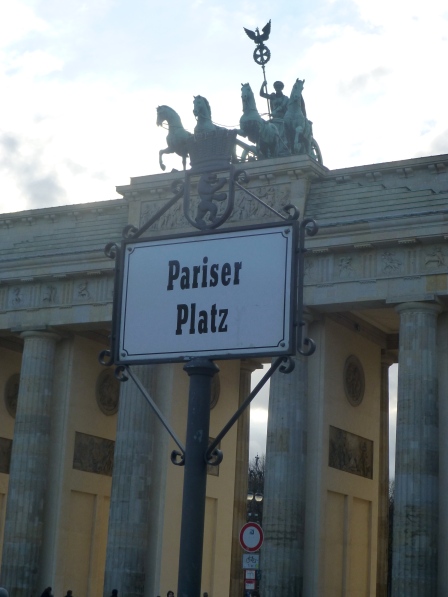 I'm blogging about the things I love: music, sport, culture, London, with some photos to illustrate aspects of our wonderful city. I’ve written a novel called “The Decision”, a futuristic political thriller, and first of a trilogy. I’m also the author of a book on music since the 1970s called “ I Was There - A Musical Journey” and a volume of poetry about youth, “Growin’ Up - Snapshots/ Fragments”. All available on Amazon and Kindle.
View all posts by John S →
This entry was posted in Photos - Scenes from Berlin and tagged Berlin, Brandenburg Gate, Photography, photos. Bookmark the permalink.

3 Responses to Scenes from Berlin – 08