Jack White, fresh from a successful appearance at Glastonbury, played the Hammersmith Apollo on 3 July. I was offered a ticket at the last minute after he’d changed the date of the concert, which meant someone else couldn’t go. So glad I took it!

Jack was supported by the Amazing Snakeheads. Great name – you just know they are going to be hard and heavy and bluesy. They are from Scotland. I’d heard a few tracks on BBC 6 Music and thought they sounded pretty good. I checked their album, “Amphetamine Ballads” and wasn’t so sure I could take the whole thing. It was a mid-tempo noise that wore off after a while. Live was similar, except there was an electricity to the sound. And it had attracted a lot of people. Normally the support slot at concerts isn’t that well attended. The Apollo stalls were 90% full for the Amazing Snakeheads. It felt like something serious was happening. Singer/guitarist Dale Barclay and the drummer were both shirtless. That’s always serious. This was hard edged rock’n’roll. A bit of Iggy and the Stooges. A bit of the John Spencer Blues Explosion. Intense.

As a 55 year old I can’t help making those references to other bands. And my verdict on the Snakeheads was: good, but a bit one-paced. But in the seething masses at the front I bet there were kids who thought this was the best, hardest, rawest thing they’d ever seen. The future. The same reaction as my generation had to the Pistols and the Clash. That’s the great thing about rock’n’roll. Always re-ineventing itself, always inspiring new generations.

Jack White was a look backwards and to the present. He’s got a new album out, “Lazzaretto”. He’s done all sorts of things over the past few years, but his finest moments were in the White Stripes. That’s where the blues power of his music met metal and made some of the most extraordinary music of the 2000s. The Apollo concert covered most of the bases of his recent years and I can’t say I recognised all of the songs. But, in a way, it didn’t matter what he was playing. It was just a wild, improvisational, hard-rocking, essence of the blues set. Raw power. I liked ‘Icky Thump”, “Hotel Yorba” and “Ball and Biscuit” because I knew them. But the whole thing was awesome. His band, with thumping drums and scything violins, complemented the wildness of his guitar.

It was an eruption of the blues. True heavy metal. 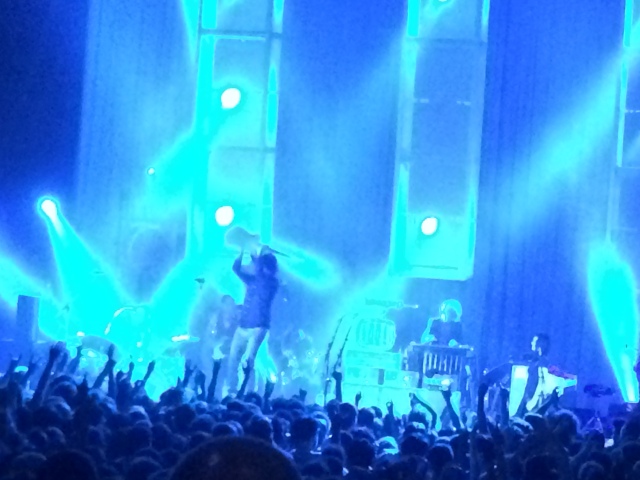 And it ended with a fantastic rendition of “Seven Nation Army”. The crowd went wild and did most of the singing. Visceral.

Yeah, Jack White has captured the essence of rock’n’roll, the electric, metal blues. Amazing Snakeheads are in a similar space.  Jimi Hendrix would be proud of both of them…

I'm blogging about the things I love: music, sport, culture, London, with some photos to illustrate aspects of our wonderful city. I’ve written a novel called “The Decision”, a futuristic political thriller, and first of a trilogy. I’m also the author of a book on music since the 1970s called “ I Was There - A Musical Journey” and a volume of poetry about youth, “Growin’ Up - Snapshots/ Fragments”. All available on Amazon and Kindle.
View all posts by John S →
This entry was posted in Music - concerts, lists, reflections and tagged Amazing Snakeheads, Hammersmith Apollo, Jack White, music. Bookmark the permalink.