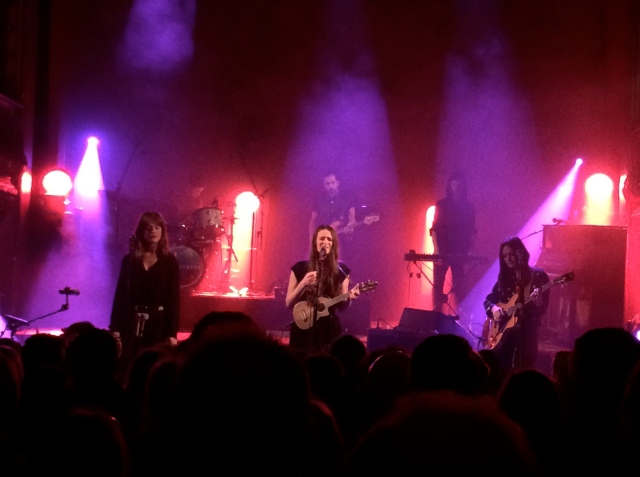 Another Staves concert, but one with a difference. This one was all about the new album, “If I Was”, which was released on 23 March in the UK. The album is produced by Justin Vernon of Bon Iver and has been getting a different level of promotion than before. The Staves are stepping up!

The Wilton’s Hall concerts, on Monday and Tuesday, weren’t part of a big tour; they were more celebrations of the launch of the album. And they played the whole of the album, in sequence. From start to finish. It was absolutely brilliant. Wilton’s Hall is in the East End, just – about ten minutes walk from Tower Hall. It’s an old music hall, which is being renovated. The structure, the potential, looks great; but right now it’s bare brick walls and sticking out wires. That’s fine – it will be amazing when it’s finished. And the acoustics, not surprisingly, were good.

I think I can say that this was the best Staves concert yet. Their voices are as wonderful as ever. The harmonies are more complex. There is greater depth to the music. It’s more electric – and more American. I’d wondered where they’d go after “Dead And Born And Grown”. I thought they might go a bit folk-prog, in the way that the last song, “Eagle Song”, hinted at. But I think the direction has shifted west; maybe not surprising, as a lot of the album was recorded in Wisconsin, with Justin Vernon at the controls.

Really, it was very, very good. “The Blood I Bled” took over where “Eagle Song” left off. The harmonies on “No Me, No You, No More” were extraordinary. And Jessica introduced “Let Me Down” beautifully. 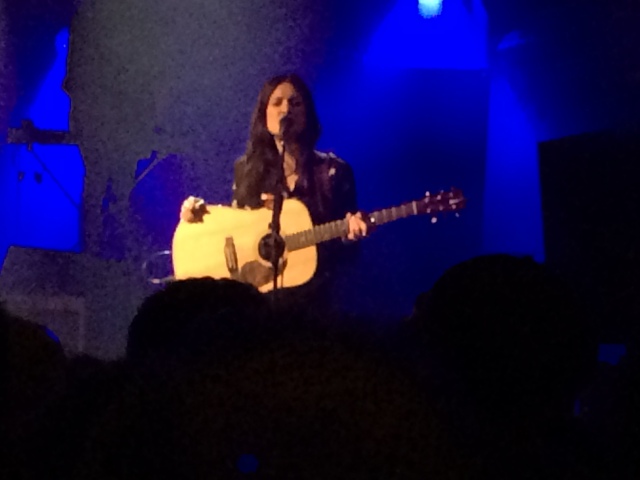 I loved “Damn It All”, which starts as a lovely atmospheric ballad and then shifts to a stuttering electric beat and defiant chorus slowly building. Something quite dark about the second half. It’s good on record, but live it was awesome. I think they could take this song to all sorts of places in the future.

“Teeth White” had an infectious Americana feel and the flagship single, “Black and White”, which I’d initially been a bit wary of – a bit too Corrs-like? – came alive, with the vocals really letting rip. One of the highlights. I have had a reappraisal!

Yeah, the whole thing was wonderful.And then, to cap it all, Justin Vernon came on and sang with the girls. I’m struggling to recall how close to the end – I think it was “Make It Holy”, but I could be wrong.

The reason why I’m blurry is because Justin came back again, and I just can’t forget that. It was the first song of the encore, when the four of them sang – and played – the most beautiful rendition of Bruce Springsteen’s “I’m On Fire”. Oh my God! Not just the Staves with Justin Vernon of Bon Iver, but they sang one of Bruce’s great songs! 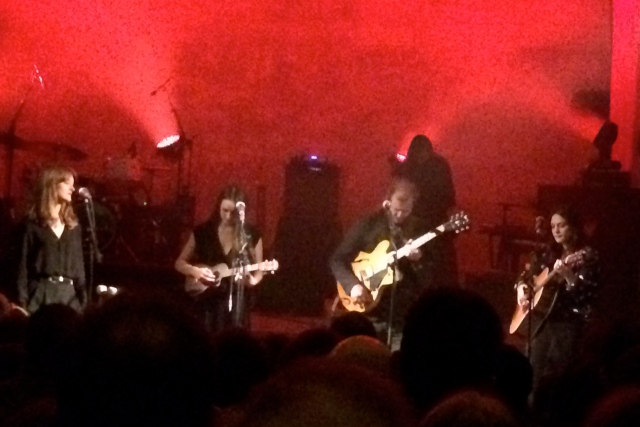 Then we had the lovely “Facing West” and, appropriately, to finish the night, “Eagle Song”, the most ambitious track on the first album. Setting a bar for the follow up. Though prog has not been the direction followed.

Such a good concert. Such a good album. I’m pretty sure you are going to hear a lot more about The Staves.

I'm blogging about the things I love: music, sport, culture, London, with some photos to illustrate aspects of our wonderful city. I’ve written a novel called “The Decision”, a futuristic political thriller, and first of a trilogy. I’m also the author of a book on music since the 1970s called “ I Was There - A Musical Journey” and a volume of poetry about youth, “Growin’ Up - Snapshots/ Fragments”. All available on Amazon and Kindle.
View all posts by John S →
This entry was posted in Music - concerts, lists, reflections and tagged bon iver, If I Was, Justin Vernon, music, The Staves, Wilton's Music Hall. Bookmark the permalink.