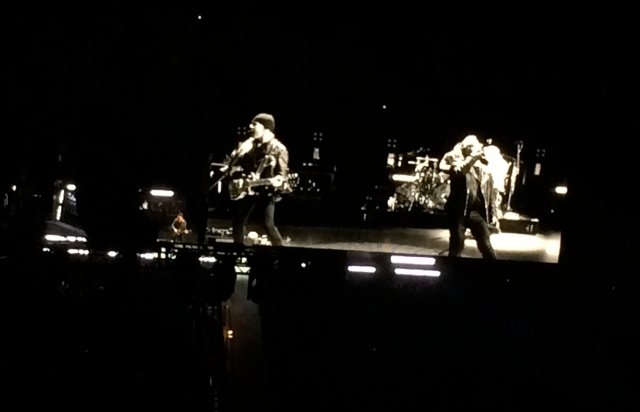 On Friday, still a bit jet-lagged, after arriving back from New York at nine that morning, I went to see U2 at the O2 arena, aka the Dome. I’d had tickets for the Tuesday, but gave them away after I realised I’d be in New York. Fortunately a colleague at work had a couple of spare tickets on the Friday evening, right up in the Gods; and so I got to see the band after all.

I was keen to see them as I had a feeling that this might be something of a valedictory tour. But I have to say that there was no sense of that at all at the O2 that night. This was a band absolutely at the top of its game. I’ve seen them a few times in the past and I would say this was the best. It might be because it was indoors rather than at Wembley stadium, but the sound, the passion, the quality was absolutely all there.

The first thing about the show was that it really brought the latest album, “Songs of Innocence”, to life. I reviewed that album in my “Have You Heard?” series last year. I liked it, but it didn’t feel like anything new. I read about how it was a return to the band’s roots – lyrically, at least. But I didn’t completely get it. Live, it really worked. The show generally was simply presented. No lasers, no interviews with celebrities or politicians. Just a very high quality set of screens which added to the intimacy of the show inasmuch as you can have intimacy in a large venue. The first seven songs included four from “Songs of Innocence” – “The Miracle (Of Joey Ramone)”, “Iris (Hold me Close)”, “Cedarwood Road” and “Song for Someone”. Two more of the songs were from really early days: “The Electric Co” and the awesome “I Will Follow”. This was U2 exploring their roots: personal and musical. I loved it. There was a vibrant “Vertigo” thrown into the mix too.

The rest of the show was a procession of U2 classics – there are just so many! We had “Sunday Bloody Sunday”, “Until the End of the World”, “Even Better than the Real Thing”, “Mysterious Ways”, “Desire” and “All I Want Is You” in midstream. We had a lovely version of “Every Breaking Wave” off “Songs of Innocence” with just Bono singing and Edge on piano, in that circle. 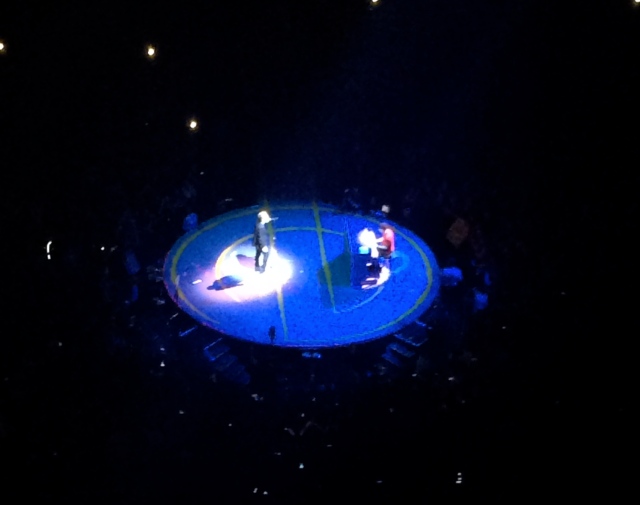 And the last five of the main show were the sort of thing only a band like U2 can do: “Bullet the Blue Sky”, “Zooropa” (which bizarrely I don’t really remember: Setlist FM tells me it was there – maybe it was a snippet, unless I dozed off with the jetlag and beer combination!), “Where the Streets Have No Name”, “Pride” and “With or Without You”. Awesome, as good as it gets. Played, sung brilliantly. Rock music at its very, very best.

And then the encore! An epic “City of Blinding Lights”, “Beautiful Day” rescued from the thrall of ITV football, Bono indulging himself with a poignant take on Paul Simon’s “Mother and Child Reunion”, and to end, an inspiring “One”. It couldn’t get much better. 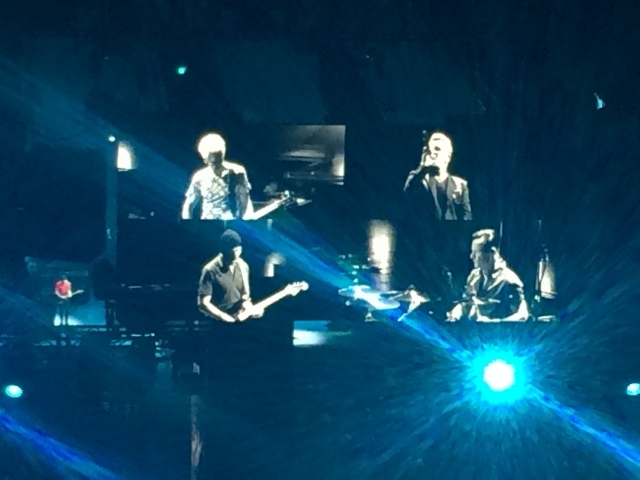 This whole show was U2 showing the love: for the audience, for their own musical beginnings, and the music that has inspired them. I was so pleased to be there, sharing the feeling.

So I think I was wrong about the valedictory sense beforehand. This is a band that still have a lot to give. Still one of the very best.

I'm blogging about the things I love: music, sport, culture, London, with some photos to illustrate aspects of our wonderful city. I’ve written a novel called “The Decision”, a futuristic political thriller, and first of a trilogy. I’m also the author of a book on music since the 1970s called “ I Was There - A Musical Journey” and a volume of poetry about youth, “Growin’ Up - Snapshots/ Fragments”. All available on Amazon and Kindle.
View all posts by John S →
This entry was posted in Music - concerts, lists, reflections and tagged music, U2, U2 at the O2. Bookmark the permalink.

Leave a Reply to The Mohan Magic Cancel reply