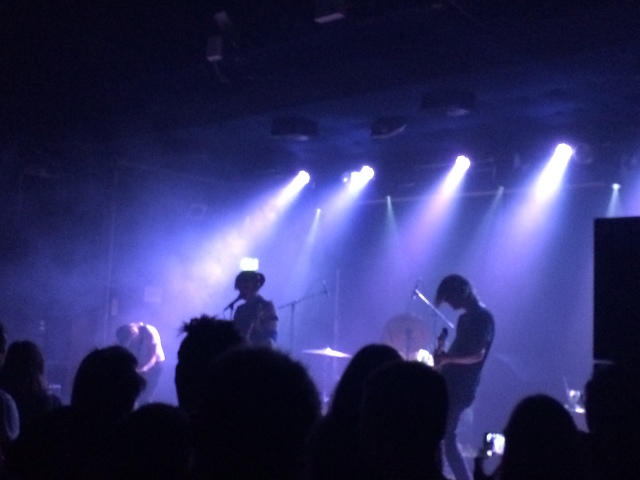 Thursday before last I went to the Scala with my mate Dave, aka DC when he comments on my blogs, to see Toronto band Dilly Dally. I first caught them at End of the Road and really liked them – the energy, the dynamism and that distinctively 90s sound. The sound we generalise as grunge, though like most things, you can’t really categorise it neatly.

So yeah, grunge is definitely in Dilly Dally’s sound, but so is punk and the likes of Patti Smith and PJ Harvey at their most visceral. Singer/guitarist Katie Monks has a voice that combines a rasp and a slur. It certainly gives the music a hard edge and works best on the rockier, faster songs. With the slower ones, she could probably work on a bit more variation – occasionally the voice loses touch with what melody there is. It’s distinctive though – no messing with Katie Monks.

The band released their first album, “Sore” in October 2015. It got some good reviews, though it passed me by at the time. I bought it after End of the Road, and I like it a lot. It’s uncompromising stuff and the more tuneful songs like the opener “Desire”, with its Pixies-style guitar solo from Liz Ball, are excellent. Great rock’n’roll. “Snake Head” is another with a rousing, shouty chorus and some classic grunge guitars.

Musically, I think Dilly Dally are closer to The Pixies than Nirvana, but in spirit it is probably Nirvana and, surely, early PJ Harvey. Which of course begs the question, how will they evolve, if they stay together? If it’s anything like Polly Jean they are going to be very good!

I was pleased DC came along – I wasn’t expecting any takers for my spare ticket. A few beers and some nosh in the excellent Parcel Yard pub in Kings Cross station – it’s Fullers so it has to be good – and then over to the Scala just in time for the start of Dilly Dally. Meant we missed Weaves (who I saw at Latitude) and Abattoir Blues (great name), which was a shame, but we wanted a balanced night out. DC’s love for rock’n’roll veers towards the metallic end of the spectrum, so I wasn’t sure what he’d make of Dilly Dally, and I’m not sure he was sure by the end! But he said he enjoyed it. So I’ll assume he did.

I loved it. Musically, it was rambling at times, but the core sound is a good one and there was a cracking end to the main set, with an extended “The Touch” (I think) and a rousing “Desire”. They came back for a rather abrupt encore of “Next Gold” and left the stage without a word.

But there had been a much more interactive – and touching – moment earlier in the concert. Not very punk, but very human. Katie started to talk about how they’d played London five times this year and how important her friends were to her – there were a few in the crowd. And there were definitely tears. A reflection of how important all this is to her: playing her music, living the dream. And that is one of the things I love about watching bands like Dilly Dally. Just making their way, not the finished article, but utterly passionate about what they are doing. In love with rock’n’roll and bristling with ideas and creativity – and attitude. Wonderful. The reason why I’m still passionate about music at my age. And if anything, getting more into the live experience than ever before.

So, yeah, I really enjoyed Dilly Dally, not for just what they sounded and looked like, but for what they represent – the ever-burning flame of rock’n’roll. 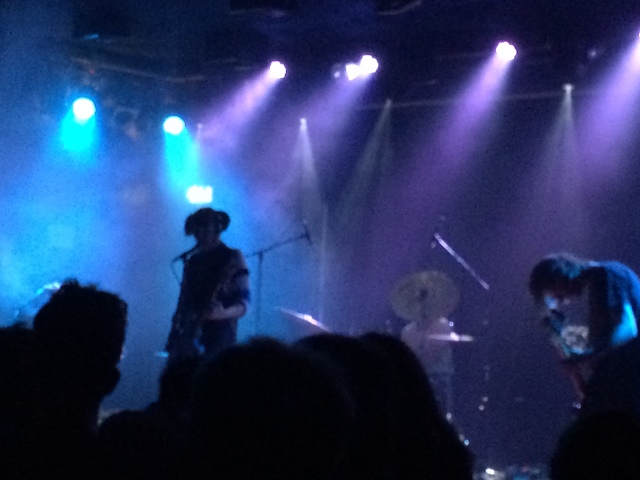 I'm blogging about the things I love: music, sport, culture, London, with some photos to illustrate aspects of our wonderful city. I’ve written a novel called “The Decision”, a futuristic political thriller, and first of a trilogy. I’m also the author of a book on music since the 1970s called “ I Was There - A Musical Journey” and a volume of poetry about youth, “Growin’ Up - Snapshots/ Fragments”. All available on Amazon and Kindle.
View all posts by John S →
This entry was posted in Music - concerts, lists, reflections and tagged Dilly Dally, music, The Scala. Bookmark the permalink.

2 Responses to Dilly Dally at the Scala, Kings Cross, 22 September 2016