The glory of Prague

“As a concept of cultural history, Eastern Europe is Russia, with its quite specific history anchored in the Byzantine world. Bohemia, Poland, Hungary, just like Austria, have never been part of Eastern Europe. From the very beginning they have taken part in the great adventure of Western civilization, with its Gothic, its Renaissance, its Reformation – a movement which has its cradle in precisely this region…”

Milan Kundera, in conversation with Philip Roth, in 1978, in an Afterword to Kundera’s brilliant novel, “The Book of Laughter and Forgetting”.

Kundera goes on to talk of the region as a source of Western Europe’s modern culture too, and how the Soviet invasion caused western culture to lose a vital centre of gravity. It was, in Kundera’s pessimistic vision, possibly the beginning of the end of Europe as a whole. This was of course 11 years before the fall of the Berlin Wall, and Czechoslovakia’s “Velvet Revolution”. Little could he imagine that Wenceslaus Square, rather than being overrun by Soviet tanks, would now be overrun by shoppers, sampling the delights of Nike and Marks and Spencer.

And this is what Prague is all about. The story of Western Europe. From the start to the present day. A place, which, in the 70s, as a teenager, I simply thought of as part of the Soviet bloc, with quite a decent football team.

This was my first trip to Prague. The third limb of my Austro-Hungarian empire tour – after Vienna and Budapest – made over the past 25 years! It was the tail end of January and absolutely freezing – about minus five, which is colder than cold for us Londoners. But the culture, the beauty, the food, the beer, the night music, was warm (well not the beer), alive. Truly exciting. I’d like to share a few photos of the city’s architecture here; in a later blog I’ll say more about the culture Kath and I experienced while we were there.

Where to start but the Old Town Square? With the double spire of the Church of Our Lady before Tyn looming large.

The clock tower is the other main landmark.

Then on to another of the great landmarks, the Charles Bridge, with its rather spooky statues all the way along. And splendid views of the Castle area and St Vitus cathedral rising in the background. 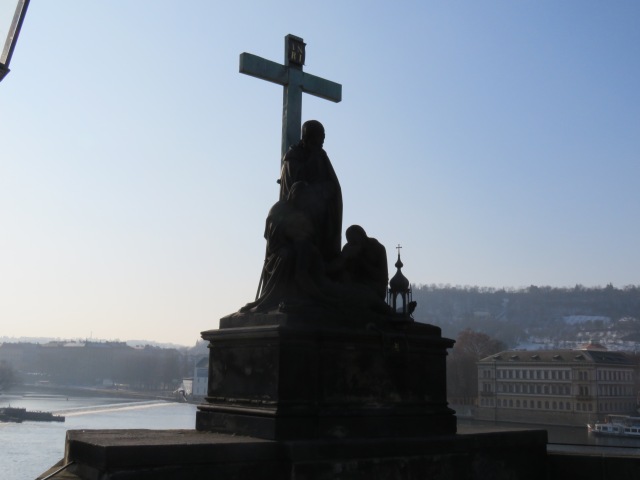 Looking down the steps from the Castle grounds. 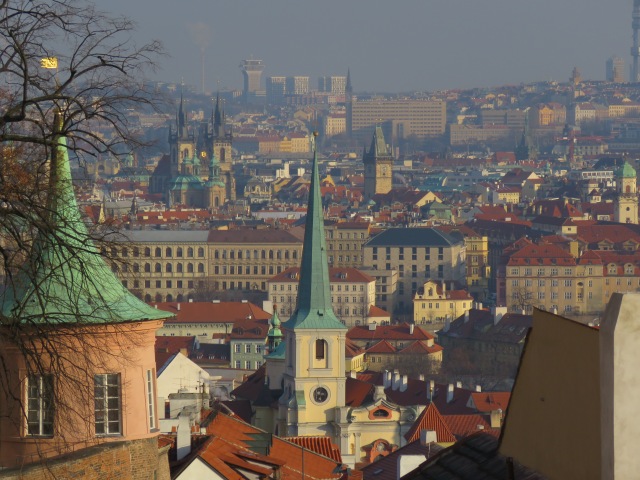 St Vitus from the side. 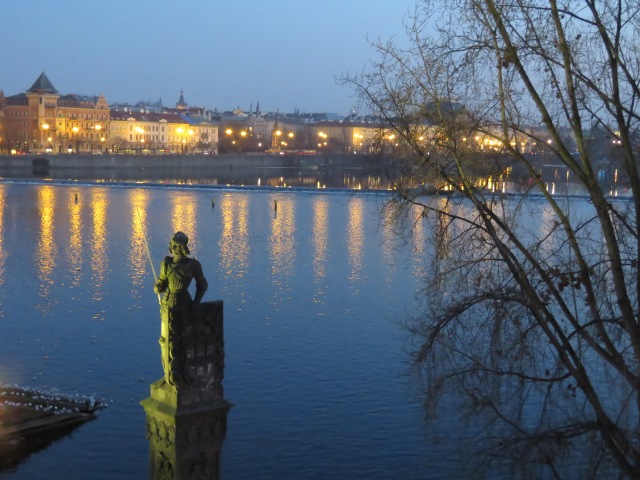 The statue of Jan Hus and his followers in the Old Town Square. Day 2 so the sun had gone. The Hussites, 15th century religious reformers, are central to the history of Bohemia and Prague.  But the bird knows nothing of this! 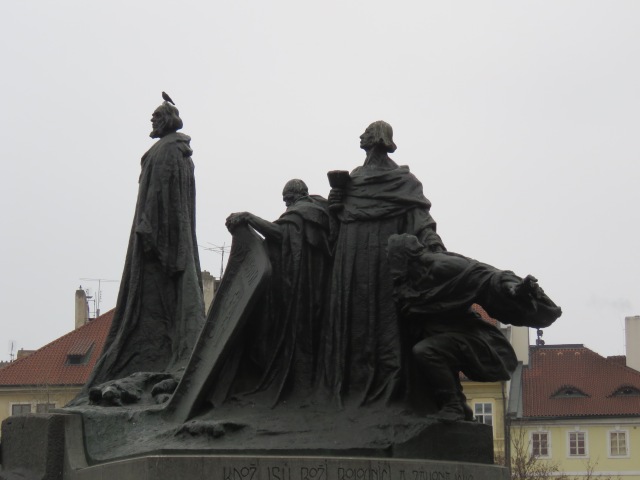 Scenes from the Old Town. 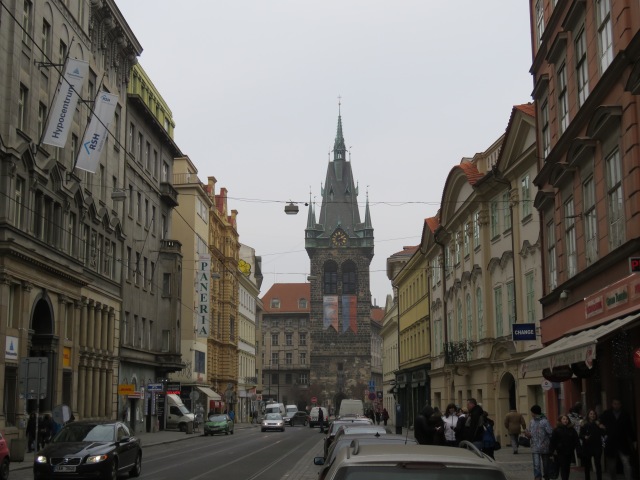 Wenceslaus Square from the top. Imagine the crowds for the Velvet Revolution…

On the Castle side, the Little Quarter, on the way to the Kampa Czech modern art museum – which is superb. See future blog.

Outside the Kampa museum. An important message, especially in a country that has endured Nazi and Soviet occupation in the last century.

A special city, and one to which I really want to return. 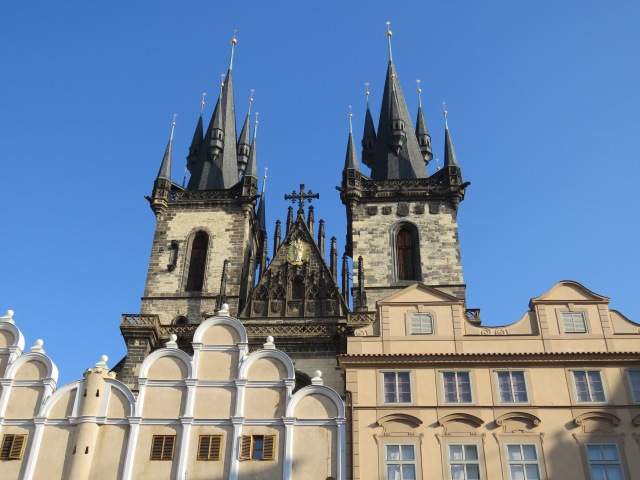 I'm blogging about the things I love: music, sport, culture, London, with some photos to illustrate aspects of our wonderful city. I’ve written a novel called “The Decision”, a futuristic political thriller, and first of a trilogy. I’m also the author of a book on music since the 1970s called “ I Was There - A Musical Journey” and a volume of poetry about youth, “Growin’ Up - Snapshots/ Fragments”. All available on Amazon and Kindle.
View all posts by John S →
This entry was posted in Photos and tagged Czech Republic, Photography, photos, Prague. Bookmark the permalink.

4 Responses to The glory of Prague