Chania, Crete – by the sea

My family and I just spent a week in Crete, just outside the city of Chania. A lazy week, basking in temperatures of over 30 degrees. We managed a few trips into Chania, Crete’s second city these days. The old town is a lovely place, centred on its picturesque harbour. The architecture reflects the variety of rulers that the city has had over the centuries, with the Venetian style still strongly evident.

Chania has been settled since neolithic times, and was known as Kydonia during the Minoan era. (Muse fans take note!). It was part of the classical Greek empire and was conquered by the Romans in 69BC and was granted independent city status. It eventually became part of the Byzantine empire in 395AD and remained so, apart from 140 years of Arab rule between 824 and 961, until 1204. Then the 4th Crusade from the West intervened. The Crusaders donated Kydonia to the Marquess of Montferrat who sold it on to the Venetians! They hung around (with a brief Genoan interlude) until the Ottomans conquered what was by now called Chania in 1645. It had been a place of refuge for priests, monks and artists from Constantinople after that fell to the Ottomans in 1453. There was resistance to the Ottomans (as there had been to the Venetians) and all-out war between Christians and Muslims in the 19th century. Eventually Crete became fully part of Greece, and the remaining Muslims left for Turkey after the First World War. There was, of course, a period of German occupation during the Second World War, with disastrous consequences for Chania’s Jewish population. Chania remained the capital of Crete all this time, until 1971, when Heraklion took over.

Well, if you are bang in the middle of the Mediterranean, strategically placed for Greece, Turkey, Italy, the Middle East and Africa, you are going to attract a lot of attention! The Americans still have a naval base on Souda Bay, near Chania.

Anyway, history lesson over, here are a few photos of Chania at its best – by the sea.

The old mosque is now an art gallery.

The lighthouse stands at the end of a long pier, which gives the bay protection from the strongest of the waves. 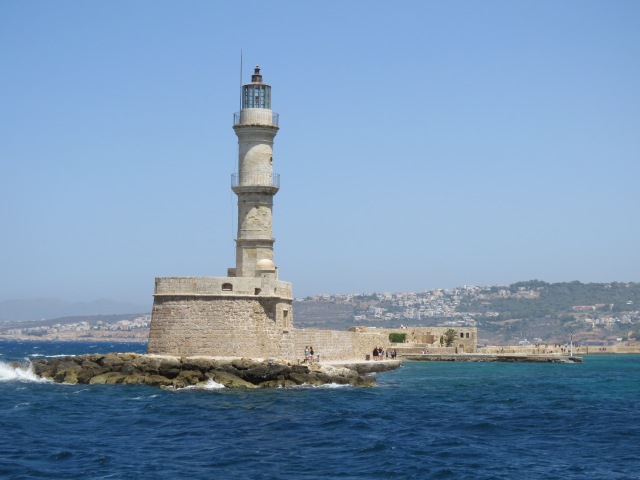 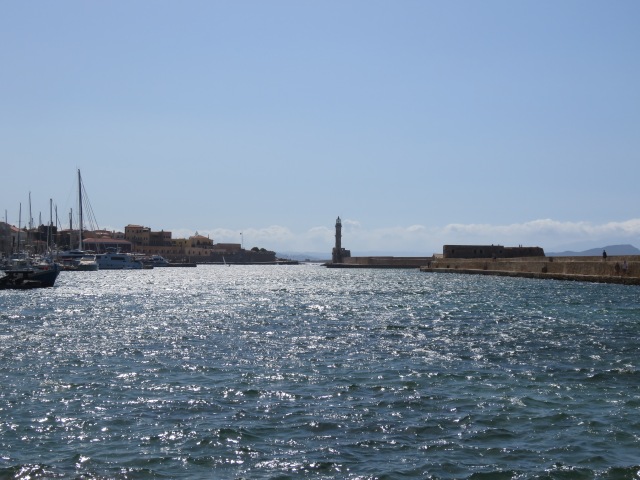 A view of the other side of the pier. 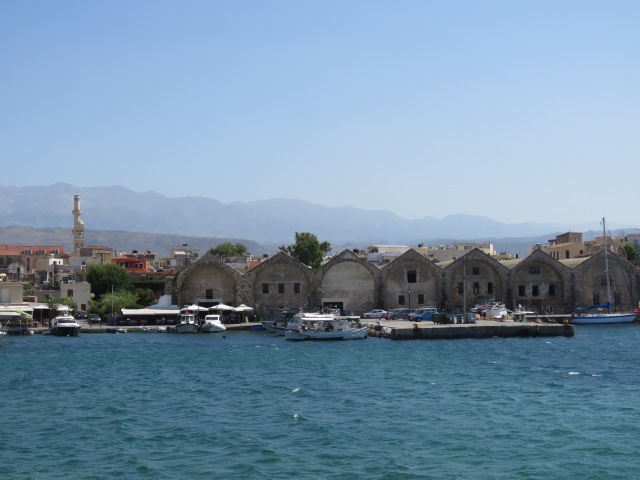 The tower belongs to the cathedral.

Crete is a land of mountains away from the coast.

Sunset over the Kasteli. 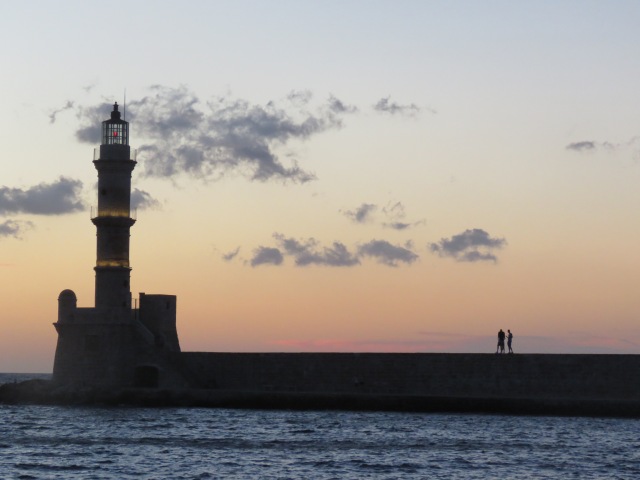 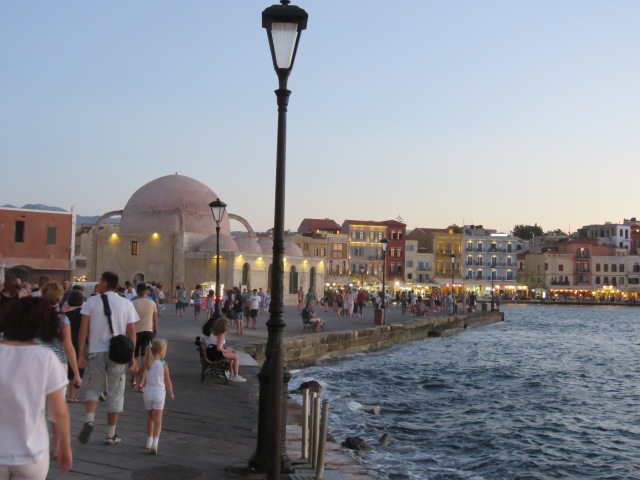 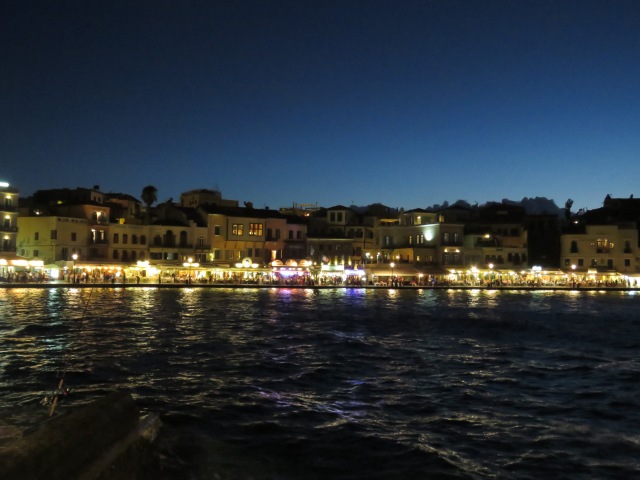 I'm blogging about the things I love: music, sport, culture, London, with some photos to illustrate aspects of our wonderful city. I’ve written a novel called “The Decision”, a futuristic political thriller, and first of a trilogy. I’m also the author of a book on music since the 1970s called “ I Was There - A Musical Journey” and a volume of poetry about youth, “Growin’ Up - Snapshots/ Fragments”. All available on Amazon and Kindle.
View all posts by John S →
This entry was posted in Photos and tagged Chania, Crete, Greece, Hania, Photography, photos. Bookmark the permalink.

5 Responses to Chania, Crete – by the sea