A Thames walk from Henley to Marlow

Kath and I and our friends Jon and Maggie are finishing off our walk along the Thames, from the source to Erith, on the estuary. There’s still a chunk upstream and downstream of Oxford; but otherwise it’s now filling in the gaps. This was one of them, and a lovely one at that. In the heart of prosperous and beautiful England.

We finished a walk at Henley back in May.  I didn’t get around to blogging on that one, but start the photos for this one with a picture as we came into Henley. It’s a place associated with rowing and toffs; and yeah, both associations are justified. It’s a place that oozes money. And it is beautiful too! It’s fair to say that the people of this place will vote Conservative until the planet Earth is sucked into the sun.

In fact, the whole walk reminds you why some people think things are OK, while others rail against injustice. The Thames flows through the land of plenty – and brought that plenty in the first place, no doubt.

The approach to Henley, from upstream in May. 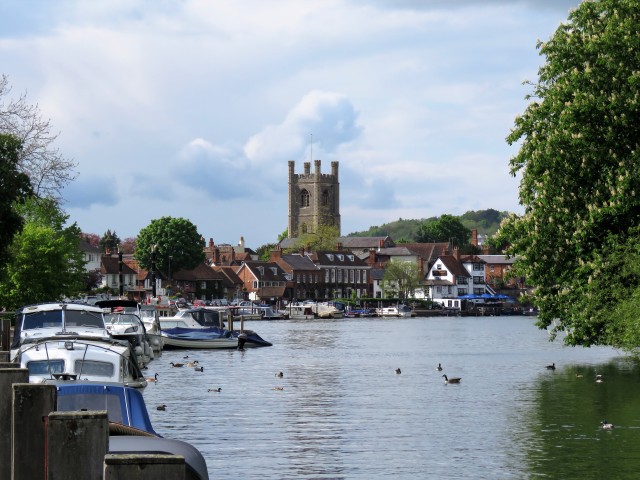 The English countryside is an ever-lovely thing.

Who can resist a weeping willow? 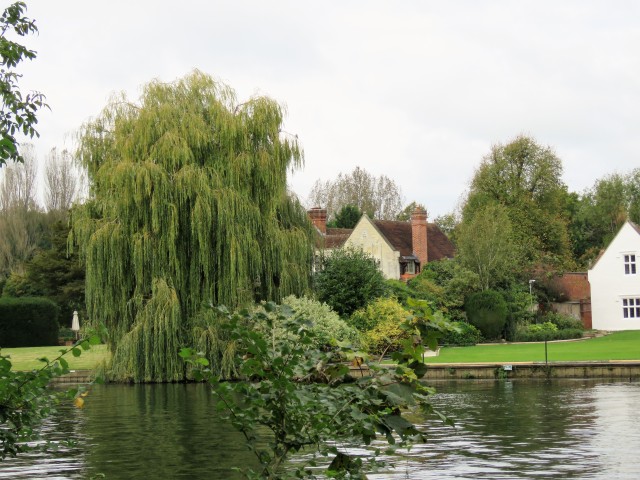 The family swan. Five cygnets have survived to what looks like the swan equivalent of teenage. Ain’t that wonderful? And soon to make their own way?

A typical Thames picture in this part of the world. Loads of posh boats moored. Not many out today. A summer trifle?

Heading into Marlow, I liked this set up. Looks like the front end of an oligarch’s yacht on the Mediterranean. But the space inside must be brilliant, with an awesome view outside. 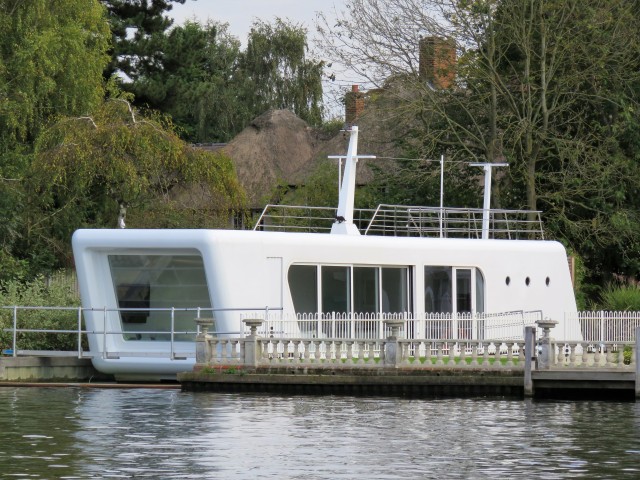 Marlow and its bridge. Like Henley, the church tower dominates.

I'm blogging about the things I love: music, sport, culture, London, with some photos to illustrate aspects of our wonderful city. I’ve written a novel called “The Decision”, a futuristic political thriller, and first of a trilogy. I’m also the author of a book on music since the 1970s called “ I Was There - A Musical Journey” and a volume of poetry about youth, “Growin’ Up - Snapshots/ Fragments”. All available on Amazon and Kindle.
View all posts by John S →
This entry was posted in Photos and tagged Henley, Marlow, Photography, photos, River Thames. Bookmark the permalink.

2 Responses to A Thames walk from Henley to Marlow