Yesterday I went up to Leicester to see Honeyblood play at the O2 Academy, which is located in the grounds of the University. It’s just down the road from Leicester De Montfort Hall, which has a special place in my heart, as the first venue I ever used to go to see gigs, back in the mid 70s. It was mostly a diet of rock and metal back then: Status Quo (my first ever gig), Budgie, Uriah Heep, Rory Gallagher, Lynyrd Skynyrd and the amazing Sensational Alex Harvey Band, amongst others. 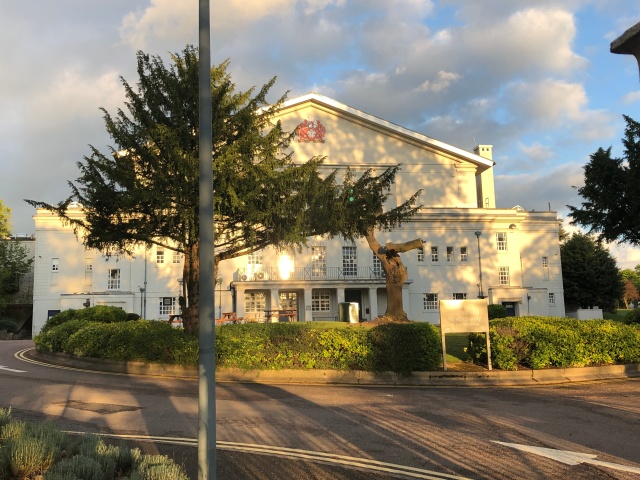 Why Leicester when I live in London? Well, when the tour was announced, there were no London shows, or at least not until 31 October. Halloween… and the latest deadline for Brexit!  So, taking advantage of my retirement, I decided to go to a couple of shows outside London. I chose Leicester because, apart from some business meetings, I haven’t been there since my schooldays (I was at school in a place called Oakham). And the other choice was Edinburgh, on 3 June, because it was near the end of the tour, it’s Stina’s hometown, and I really like Edinburgh! As it happens, there are now a couple more London appearances: a record launch at Rough Trade East on 25 May and a slot on the bill at Citadel Festival in Gunnersbury Park on 14 July. The latter is home turf – I can walk there in twenty minutes, which will be nice. And, as a bonus, they’ll be at Latitude too.

The tour coincides with the build up to and launch of the new album, “In Plain Sight”, on 24 May. The first three songs to be released from that – “The Third Degree”, “Glimmer” and “She’s a Nightmare” – are all great, catchy songs. “The Third Degree” took us back to the sixties; “Glimmer” is a bit of a glam stomp, and my favourite of the three; and “She’s a Nightmare” could easily be on “Babes Never Die” – it reminds me a bit of “Sister Wolf”. “She’s a Nightmare” is about the night terrors Stina suffered after coming off touring “Babes Never Die” and relaxing. The album, she says, is about how she has been reappraising things over the past year. She was certainly in a bit of a mess at the beginning of 2018, by her own admission. It will be interesting to see how that all comes through in the new album.

So, I was expecting a show heavy on new songs at the O2 Academy. Maybe a bit less punky – again that is what Stina has been saying in interviews. But actually, it was the opposite. Drummer Cat Myers is no longer in the band – I think she got a gig with Mogwai, which is interesting – and a bassist* has been added. The addition of a bassist makes sense – it frees Stina up a bit and adds more heft to the live sound. I’d thought there might even be a keyboard player – but not yet. The result, last night, was a sound that sounded even more raw and rocking than usual. Possibly my perception was shaped a little by being near the front and not far from one of the speakers. And I’m not sure the sound was that great either – there was a fair bit of interchange between the band and the mixing desk through the evening. But Stina is getting a deep and dirty sound from her guitar, which was evident in both the sessions I’ve heard previously, including one with Shaun Keaveny on 6 Music last week. It sounded great in the sessions; live it took me a moment or two to identify some of the older songs.

The show was a nice mix of all three albums. The three new songs mentioned above all sounded good live. “Glimmer” was a real highlight. There were a couple of other new ones. I didn’t catch their names, but Setlist FM from Cambridge suggests they were called “Gibberish” and “Take the Wheel”. Strangely, the riff in the latter reminded me of “Touch the Leather” by Fat White Family. My hearing does play tricks a bit at live shows! There was a big representation from the first album – including “Biro”, which I don’t think I’ve heard live before. I thought that encapsulated the push for that raw, rocking sound. But it might also be because this really is Stina’s vehicle now, and that first album is clearly very personal. First albums always are. “Babes Never Die” was correspondingly under-represented, though we got “Sea Hearts” right at the start, a rather messy rendition of one of my favourite songs, “Hey, Stellar”, and, of course “Babes Never Die” and “Ready for the Magic” at the end. Hooray! Cambridge had “Walking at Midnight” too, but unless I have had a memory blank, it didn’t feature at Leicester. I’m not sure what was going on with “Hey, Stellar”. Stina missed a few of the lines, and it felt like the timing wasn’t right. Might have been those sound issues – or maybe the new band still needs a bit of time to gel. I also sensed that the band may have been a bit disappointed about the turnout – the place wasn’t much more than half full, and I saw Stina and the drummer looking a bit concerned as they peered into the venue from outside while the support band, Feet, were on. A very positive crowd and a nice atmosphere, but Leicester doesn’t seem to have twigged on fully to the wonders of Honeyblood yet. I guess long tours must be up and down things – not every night is going to be a blazing success. I expect a very different reception at Edinburgh!

So, I really enjoyed the show, but I feel there may be better to come. I’m looking forward to the next instalment, which for me will be Rough Trade East on 25 May. In the meantime, I’ll soon be off to Nashville and Memphis for a couple of weeks, with a large helping of country and soul in prospect!

*I’d name the bassist and drummer if I could find their names anywhere! Stina did introduce them, but I struggle to discern what people say at most gigs. I’ll keep looking, for reference in future reviews. 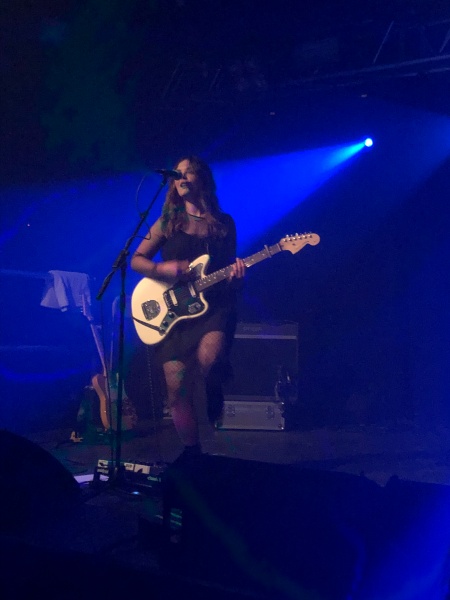 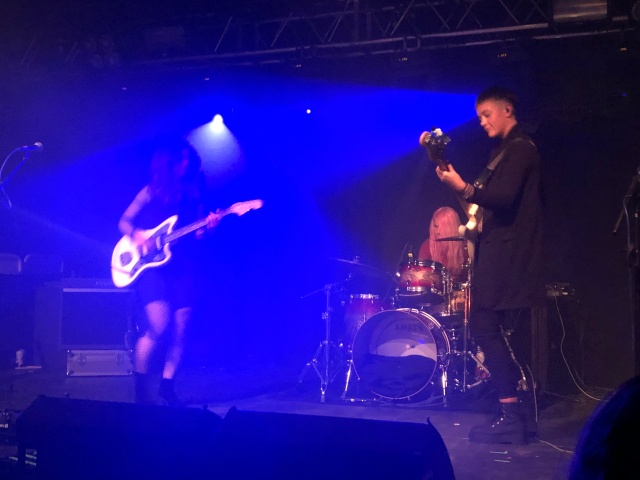 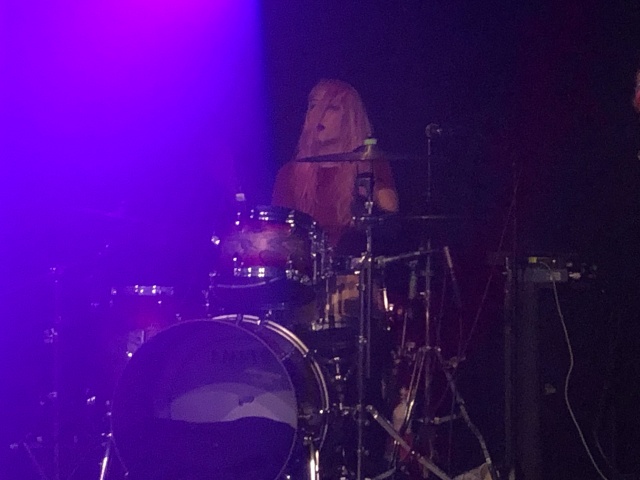 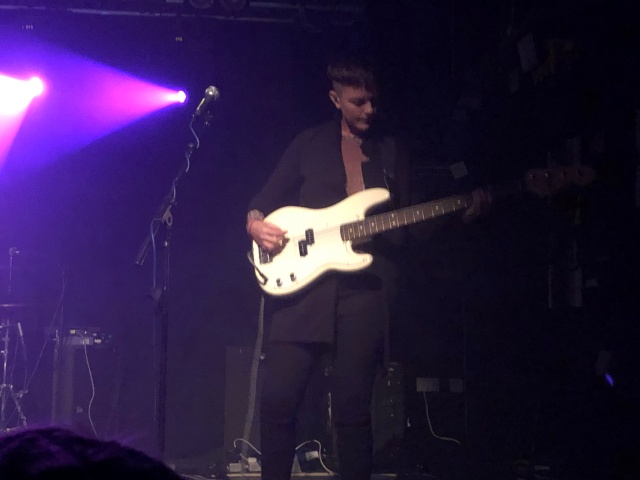 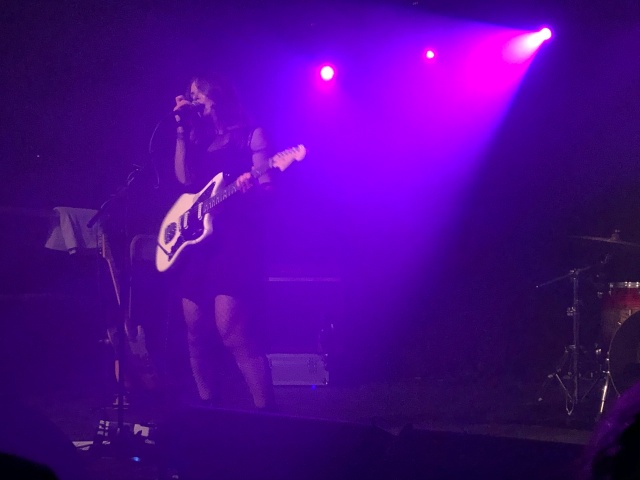 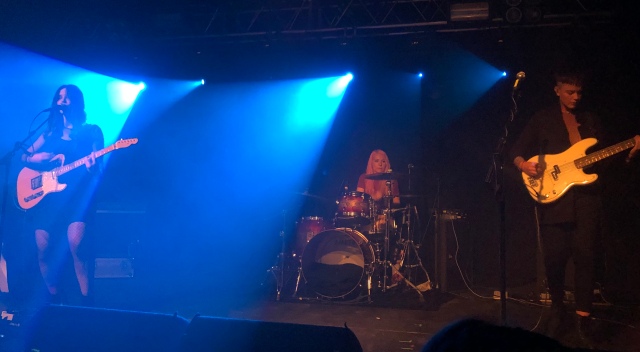 I'm blogging about the things I love: music, sport, culture, London, with some photos to illustrate aspects of our wonderful city. I’ve written a novel called “The Decision”, a futuristic political thriller, and first of a trilogy. I’m also the author of a book on music since the 1970s called “ I Was There - A Musical Journey” and a volume of poetry about youth, “Growin’ Up - Snapshots/ Fragments”. All available on Amazon and Kindle.
View all posts by John S →
This entry was posted in Music - concerts, lists, reflections and tagged concerts, Honeyblood, Leicester O2 Academy, music, Stina Tweeddale. Bookmark the permalink.