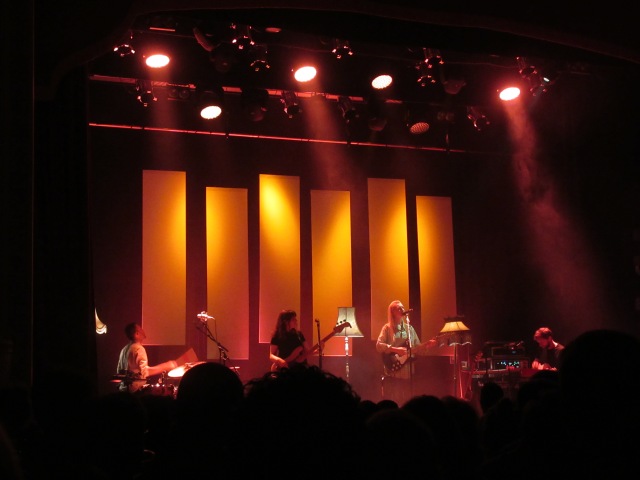 I first came across Billie Marten last year. I was listening to 6 Music one morning and she was playing a session on Tom Ravenscroft’s programme, when he was covering for Lauren Laverne. I was immediately taken by the mellow beauty of her songs and her singing. It was sort of folky, sort of jazzy, very wistful. When interviewed she seemed a little understated, maybe shy. I liked all of that, and looked up her music on Spotify.  She’d released an album in 2016, called “Writing of Blues and Yellows”. But there were a couple of more recent tracks, too: “Mice” and “Blue Sea, Red Sea”, which I recognised as the songs she’d played on 6 Music. Since then, I’ve grown to love those two songs, as well as a fair few from the first album, including ”La Lune”, “Lionhearted”, “Emily”, “Bird” and “Milk and Honey”. She has also done a wonderful cover of Royal Blood’s “Out of the Black”, transforming it from a Metallica-style thrash to a lovely ballad. It’s all about the melody!

A new album, “Feeding Seahorses by Hand” came out earlier this year, and the current tour is obviously promoting that. It’s another lovely collection, marginally more upbeat in sound than the first, but essentially the same soothing concoction. When you delve into the lyrics a lot of them are quite dark. But the music, and Billie’s dreamy voice wash over you. It’s great music to relax to, as long as you don’t study those lyrics too closely. “Mice” and “Blue Sea, Red Sea” are both on the album. Other early favourites are “Betsy” and “Bad Apple”.

So, I went along with my friend Shane to Islington Assembly Hall last Thursday to see Billie play all those wonderful songs live. I was really looking forward to this one, and it did not disappoint. It was the first time I’d been to this venue, as far as I can remember. I liked it a lot. A nice size, airy, decent bars, a bit of space at the back, still with a good view, where we lurked. The crowd was almost entirely millennials. That was striking – there are usually quite a few of my generation dotted around. But very few on this occasion. Who knows what drives these things. Maybe it’s a bit too sensitive for most of the veterans, and not quite folky enough for the purists. They are missing out.

Billie and her band – bassist, drummer and keyboards/guitarist accompanying her – were tight and the sound was good. Billie’s singing came through crystal clear.  The set was simple, but rather homely, with the lampshades. They opened with “Mice” and “Blue Sea, Red Sea”, both played with a jaunty rhythm. And then “Betsy” and “Cartoon People”, two more of the standout tracks from the new album. “La Lune” followed, and was greeted as a real favourite by the crowd. Most of the songs played were off the new album, I think; though there were a few dips back into the older catalogue. 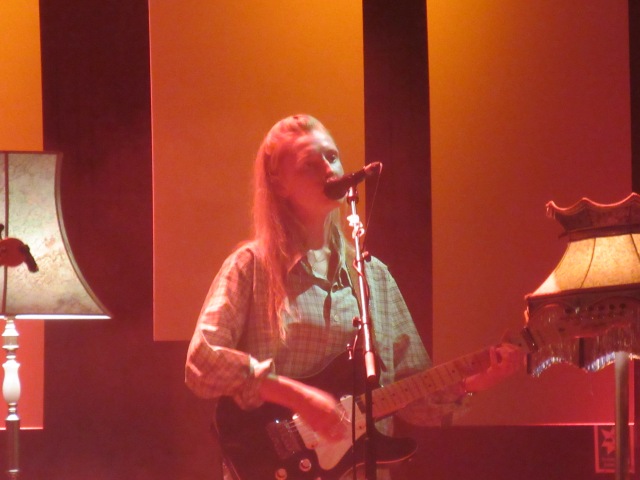 She played for about an hour and a quarter. It was another of those concerts that I didn’t want to end. Such beautiful music – on one level quite unassuming; on the other, absolutely subsuming. There’s a song by Keren Ann from 2007 which I love called “In Your Back”, in which she sings about diving in an ocean of pink tourmaline. I was never quite sure what that meant, though I felt like I knew. Google tells me that it’s a crystal that cleanses the body of destructive feelings. Quite how a crystal does that, I don’t know, but I think Billie Marten’s music might just have the same effect.

You may not have heard Billie Marten’s music, though she is able to fill a decent-sized venue like Islington Assembly Hall, so a few people have. But if you haven’t, I’d urge you to give her two albums a try. You may find that you agree it is some of loveliest music around. 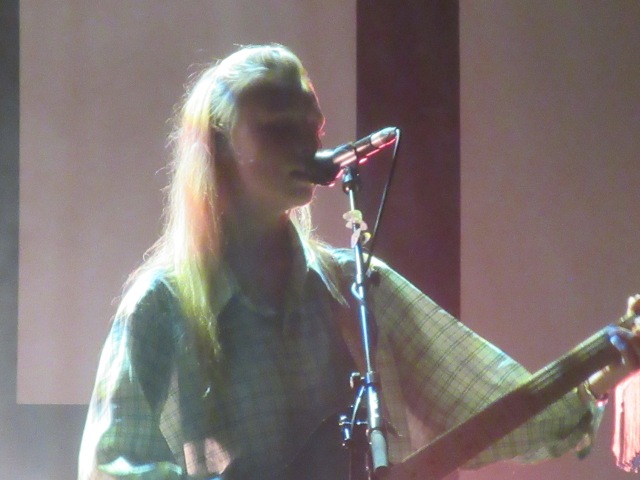 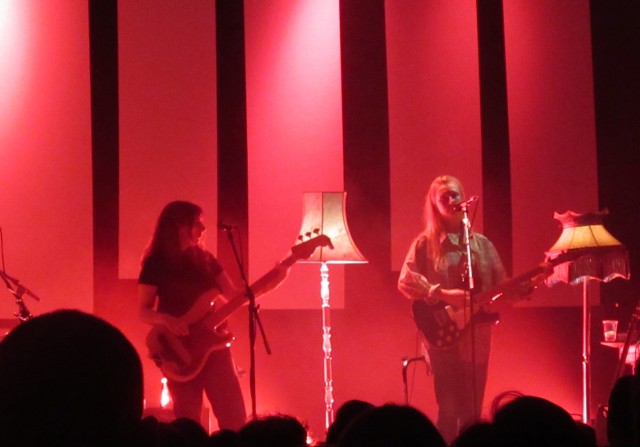 I'm blogging about the things I love: music, sport, culture, London, with some photos to illustrate aspects of our wonderful city. I’ve written a novel called “The Decision”, a futuristic political thriller, and first of a trilogy. I’m also the author of a book on music since the 1970s called “ I Was There - A Musical Journey” and a volume of poetry about youth, “Growin’ Up - Snapshots/ Fragments”. All available on Amazon and Kindle.
View all posts by John S →
This entry was posted in Music - concerts, lists, reflections and tagged Billie Marten, concerts, Islington Assembly Hall, music. Bookmark the permalink.