KYLIE! Our favourite Aussie pop star is back in Europe for a tour, which recently took in the Legends slot at Glastonbury, as British and Irish readers may have seen on the BBC. I still haven’t watched that show on the iPlayer, but I did see her back in June, when she played a couple of nights at Hampton Court Palace. It’s a lovely place for a concert, surrounded by the historic buildings and grounds. The place seems to glow as the sun goes down if the weather is kind, as it was when we went to see Kylie. We had the added benefit of drinks and dinner as part of a hospitality package, courtesy of my good friend Dave. All in the beautiful grounds, with the sun shining, and then the tapestry-walled halls that date back to the time of King Henry VIII. Not my normal preparation for a concert, which is usually a couple of pints in a nearby pub – except of course when we go to the Roundhouse, when a visit to the magnificent Sushi Salsa by Camden Lock is obligatory! We like a bit of luxury in our old age!

Kylie burst onto the pop scene – having starred in Aussie soap “Neighbours” –  with the Madonna-lite single “I Should Be So Lucky” in 1988. She was in the vanguard of the Stock-Aitken and Waterman takeover of the pop charts, with shiny, tinny, bouncy dance tunes. At the time they seemed like the evil empire to me; but you couldn’t really dislike Kylie. She was just so nice.

Two things really increased my appreciation of what she was doing. First she upped the tempo, introduced some harder rhythms and made some of her best songs, like “What Do I Have To Do?” and “Shocked”. The NME, with only a hint of irony, dubbed this her Sexkylie era – mainly because of the accompanying videos. Second, my wife Kath and I saw her in Paris in 1990, in a smallish venue in Montmartre, either La Cigalle or the Elysee Montmartre. She’d initially been scheduled for a much bigger venue, but obviously hadn’t sold enough tickets for that. I can imagine some artists either cancelling or sulking through the show. Not Kylie! She put on the full show, really gave it her all. It was brilliant. I always respected her for that.

She then went a bit indie, and inevitably her sales dropped. You grow up, want to be taken more seriously, and your audience doesn’t all move with you. A familiar tale. There was a revival in 2000, when Kylie sang at the Sydney Olympics and released “Spinning Around”. That was followed in 2001 by maybe her greatest song, a genuine dancefloor classic, “I Can’t Get You Out Of My Head”. Still love that tune.

Since then I’d struggle to name a song I really liked, but I haven’t listened to that much. She had a well-documented battle with breast cancer, in which her dignity and determination was an inspiration to many. And now she tours from time to time, makes well-reviewed records, and is just a bit of an icon.

Which brings us to the show at Hampton Court. The weather was fine, but we were in the covered area, just in case. It’s slightly further back than I’ve been for previous concerts, so the photos are taken from a longer distance.  But what a great show it was! All the hits, a total celebration. Everyone stood up from the first moment, and stayed up for the whole show. Much swaying, tapping of feet, nodding of heads, clapping, singing along. Not too extravagant – the average age was middling! But a total joy.

It was the early hits that received the greatest acclaim. “I Should be So Lucky”, early on, was a bit of an anthem, as was the once-excruciating duet with Jason Donovan, “Especially For You”. “Do The Locomotion” near the end was another.  My favourites were a bit underplayed, especially “What Do I Have To Do?”. Not that it mattered very much; it was all just a lot of fun. The sets were elaborate, there were loads of dancers, and Kylie went through a fair number of costume changes. All very elegant. All part of the mature artist, still drawing on her past, still exuding the energy and sheer enjoyment of those great pop songs, but adapting it to the present. A masterful transition. 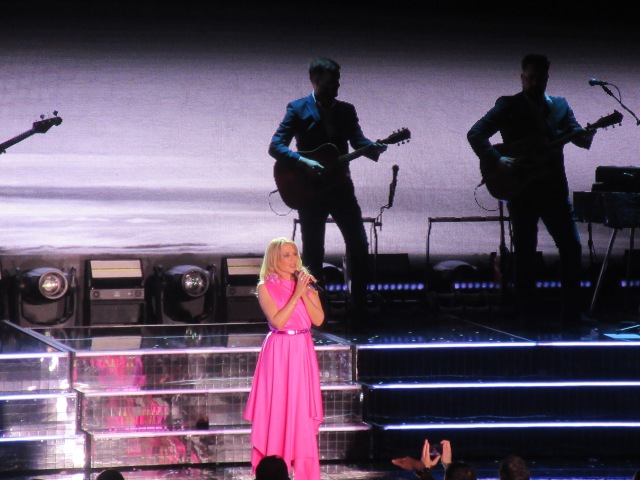 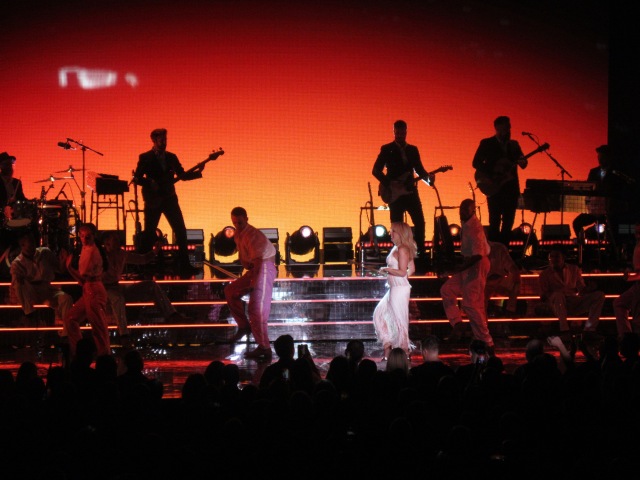 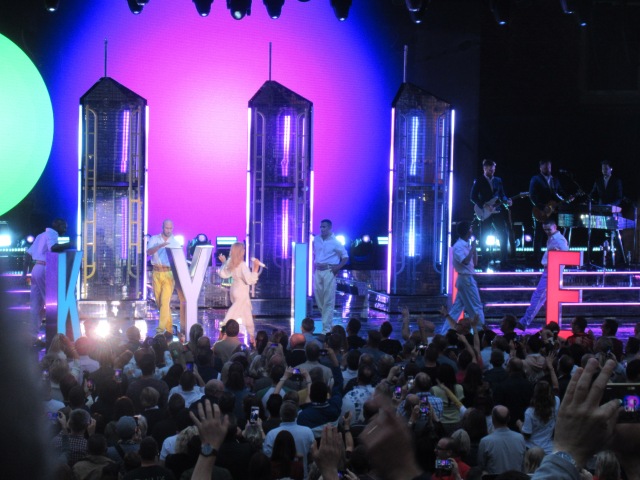 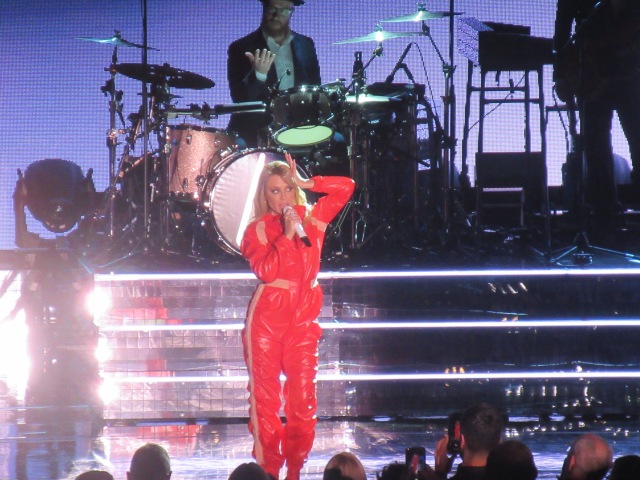 I'm blogging about the things I love: music, sport, culture, London, with some photos to illustrate aspects of our wonderful city. I’ve written a novel called “The Decision”, a futuristic political thriller, and first of a trilogy. I’m also the author of a book on music since the 1970s called “ I Was There - A Musical Journey” and a volume of poetry about youth, “Growin’ Up - Snapshots/ Fragments”. All available on Amazon and Kindle.
View all posts by John S →
This entry was posted in Music - concerts, lists, reflections and tagged concerts, Hampton Court Palace, kylie, Kylie Minogue, London, music. Bookmark the permalink.