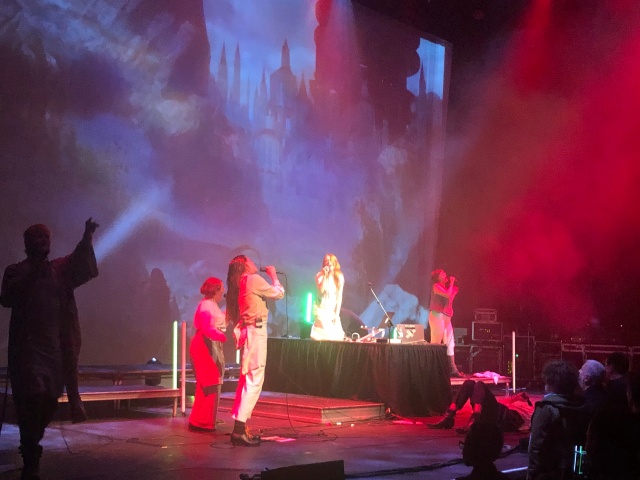 Holly Herndon is an American electronic artist who lives in Berlin. She’s originally from East Tennessee and studied music in Oakland, California. She’s someone I’ve heard from time to time on BBC 6 Music – DJ Mary Anne Hobbs is a big fan – but have never really investigated. Nonetheless, I was interested in some of the publicity for a new album this year, “Proto”. Amongst other things, it featured an artificial intelligence which she and her partner had called “Spawn”. So when I read she was playing a concert at the Barbican I thought it could be interesting.

I deliberately didn’t listen much to her music beforehand. Or maybe just didn’t get around to it. Either way I figured this was the kind of concert that would be fun to come to without knowing too much, as anything could happen. Given that it was in the Barbican’s music hall, it had to be something that could fill the space. And it was going to have a lot of interesting beats, and more besides.

And it was an amazing show, though not quite what I’d expected. I was anticipating a pretty avant-garde display of electronica. Maybe quite discordant and challenging. But it wasn’t really like that. Holly said at one point that she had left Spawn at home; and the music was a lot more organic than I’d expected. She had five singers with her, all dressed in what seemed like mediaeval garb. Holly wasn’t so different herself. And the dominant feel of the music was choral. The voices were put through all sorts of effects and there were some pulsating bass lines that throbbed through the powerful speakers. It was a captivating show, musically and visually,  and felt like it would have been perfect echoing through the Gothic spaces of one of the great cathedrals – as long as the bass lines weren’t too much for the ancient foundations!

I listened to “Proto” again the next day. It sounded sharper and more robotic than the live rendition, though the voices were still dominant. I think I preferred the live version, but will give the album a bit more time. It could be worth it. There is something intriguing about Holly Herndon’s music which might just yield more of itself with a few listens.

It wasn’t the sort of concert to take a load of photos, but the encore featured a more high tempo techno sound than what went before, and most people stood up. All the shots are from that moment. 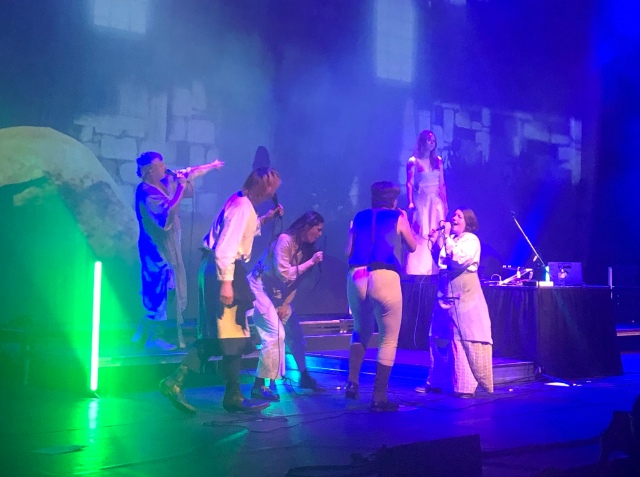 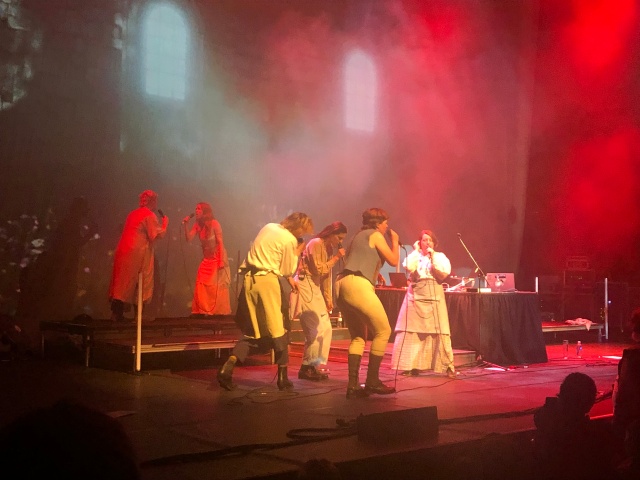 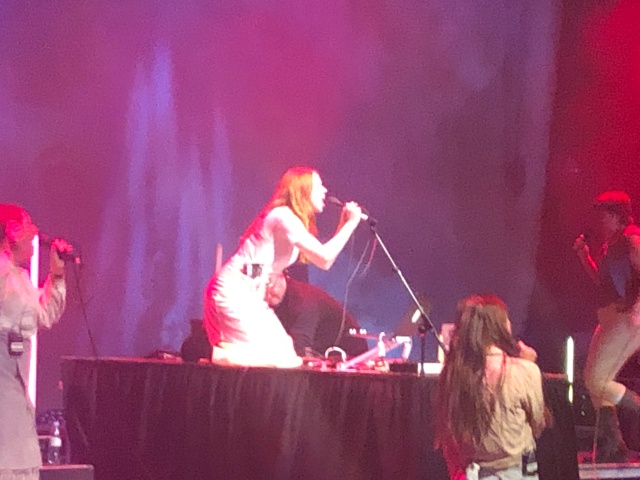 I'm blogging about the things I love: music, sport, culture, London, with some photos to illustrate aspects of our wonderful city. I’ve written a novel called “The Decision”, a futuristic political thriller, and first of a trilogy. I’m also the author of a book on music since the 1970s called “ I Was There - A Musical Journey” and a volume of poetry about youth, “Growin’ Up - Snapshots/ Fragments”. All available on Amazon and Kindle.
View all posts by John S →
This entry was posted in Music - concerts, lists, reflections and tagged Barbican, concerts, Holly Herndon, music. Bookmark the permalink.

2 Responses to Holly Herndon at the Barbican, 16 October 2019