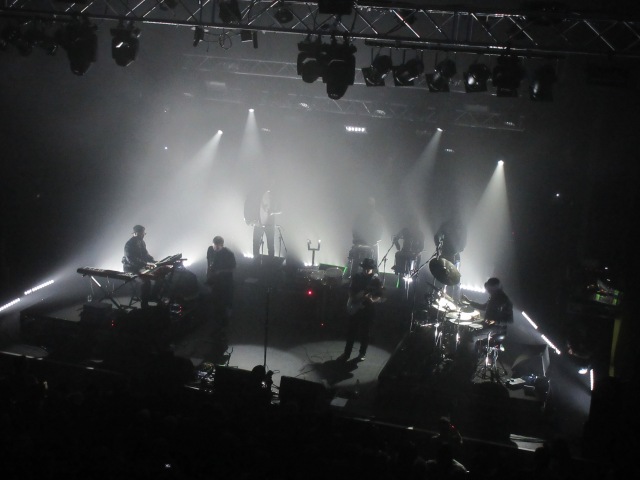 Moses Boyd is a leading member of the new generation of jazz artists who have been causing a bit of a sensation in recent times. His new solo album “Dark Matter” ventures far and wide in its musical influences, but is rooted in modern jazz and, dare I say it, jazz rock. Moses himself plays the drums and plays them with real style, subtly driving the music forward. I saw him play with his band Exodus at End of the Road last year and was bowled over. It was one of the best shows of the three days.

He played the Electric Brixton on Thursday. Oddly I’ve never been to that venue before. The Academy many times, but never the Electric. I liked it: a nice size, similar to the Scala and Koko I’d say. My friend Annabelle and I stood up on the top balcony (near the bar!) and got a great, unimpeded view. And what a show!  One of the best I’ve seen for a while. An hour and forty minutes of musical bliss. The core band was sax, guitar, keys and Moses on drums. There was a guest singer for, I think, “Shades of You”, so it might have been Poppy Ajudha, who sings on the album.  And at the beginning and end, a team of drummers added to the percussive drive. I’d only listened to “Dark Matter” a couple of times so I’m not sure about the song titles, although the first piece was “Stranger than Fiction”, which has been a single and received a lot of airplay on 6 Music. Live though, it was truly awesome. The build-up to the central tune was electric (no pun intended!). And atmospheric: the epic quality of the music was enhanced by some clever lighting – quite simple but very striking. Light and shadow, silhouettes, black and white morphing to full colour and dry ice, and for the second song a barrage of flashing, which had me looking away a little.  Tried and tested techniques, but done with imagination and subtlety (apart from those flashes!). 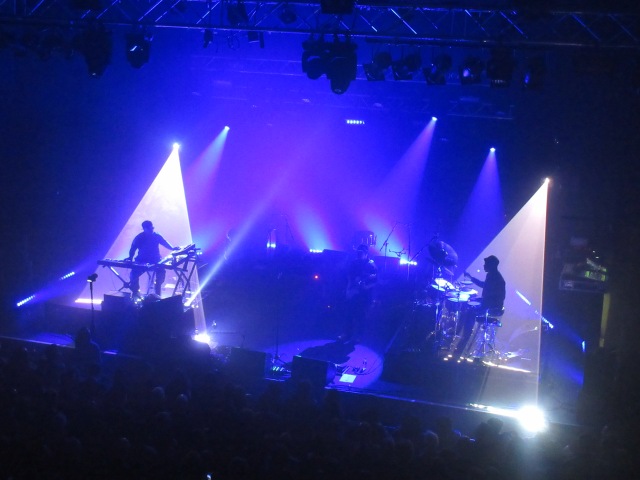 Imagination and sublety. You could use those words to describe Moses Boyd’s drumming. He caresses those snares and cymbals. It’s intricate and intense, and smoothly powers the music along. It’s a mystery train. Listen to the song “Y.O.Y.O” on “Dark Matter” to get what I’m talking about. That one certainly featured in the show. He played a solo three songs in which was a wonder to behold.  The musicianship generally was amazing. There was plenty of opportunity for all of the players to show what they could do and it really was breathtaking at times. When the guitarist got going we were in definite jazz rock territory – I’m thinking of favourites from the late 60s/early 70s like Miles Davis’s two classics “In a Silent Way” and “Bitches Brew”, and Santana’s “Caravanserai”.  It was a journey through the genres: dance, Latin, ballads, the jazz of Miles and Coltrane, Caribbean, the pulsating modern jazz sound with that rhythmic saxophone attack. As Annabelle said at one point, “This is just beautiful”.

Yes, beautiful, captivating music the whole night through. Inspiring me to listen to “Dark Matter” on the way home – and ever since! – and to go back to those jazz classics I mentioned above.  The rebirth of cool. 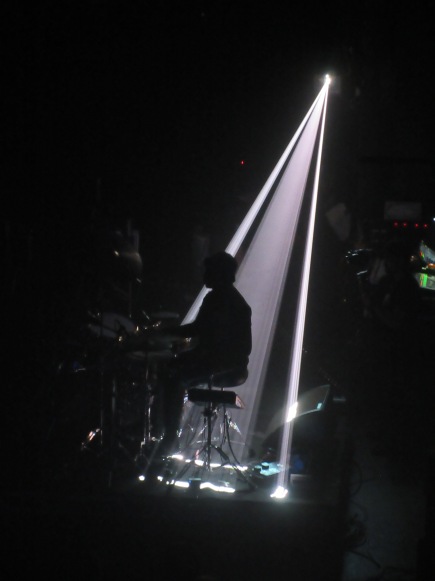 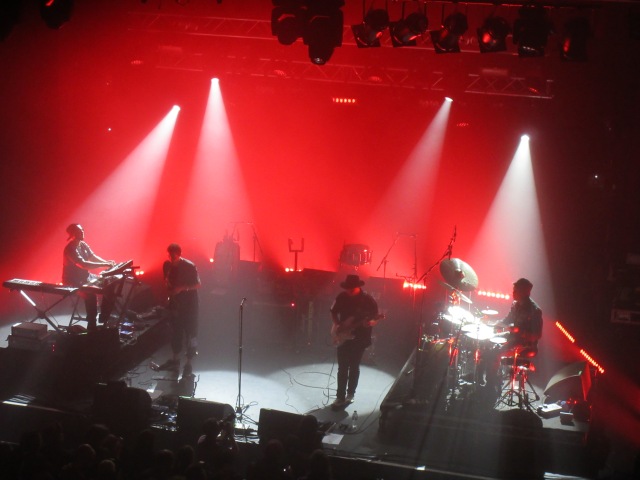 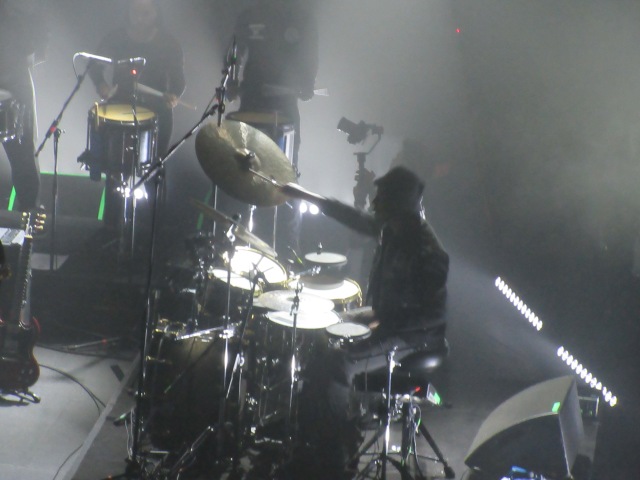 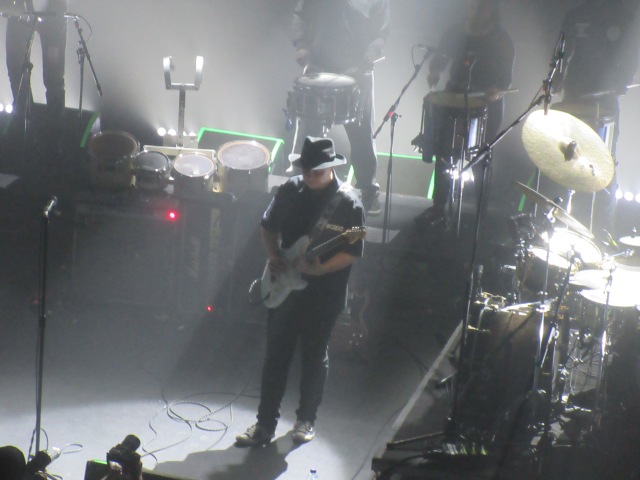 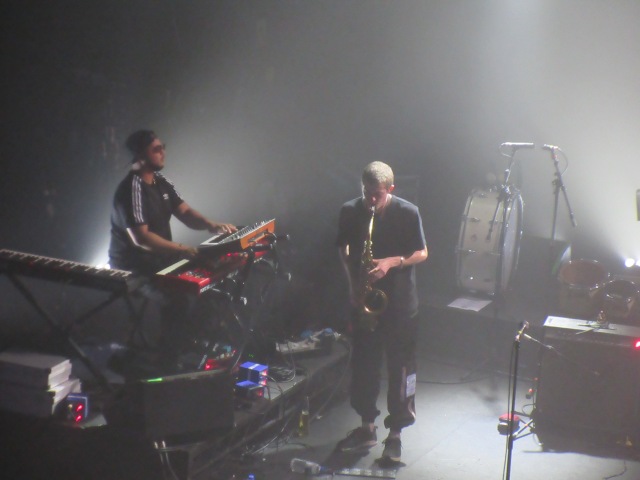 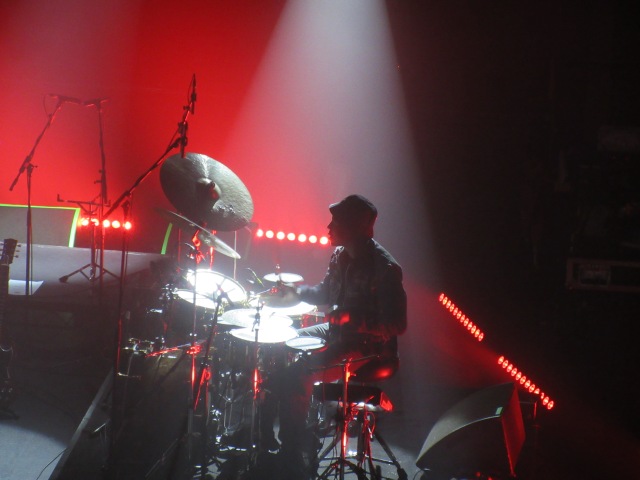 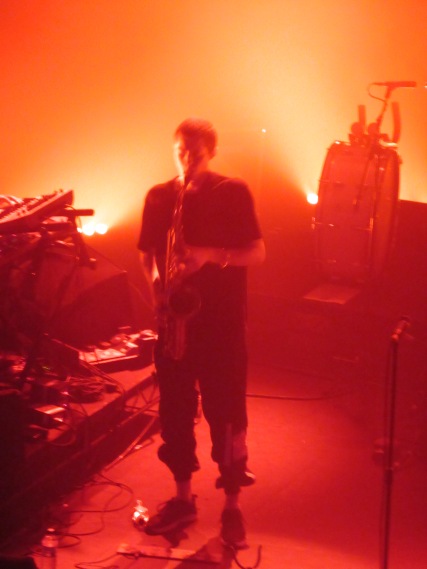 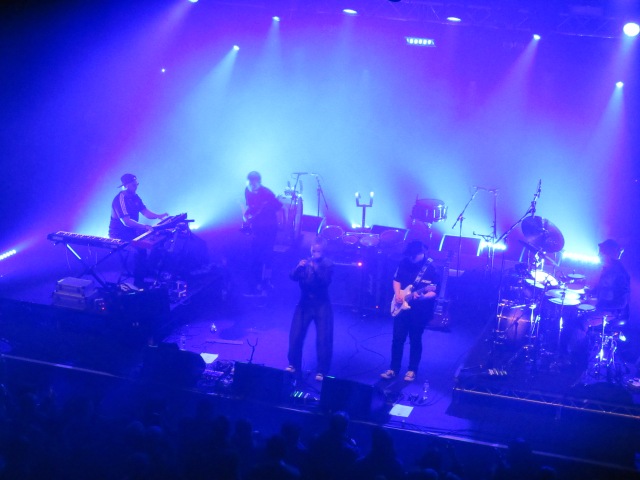 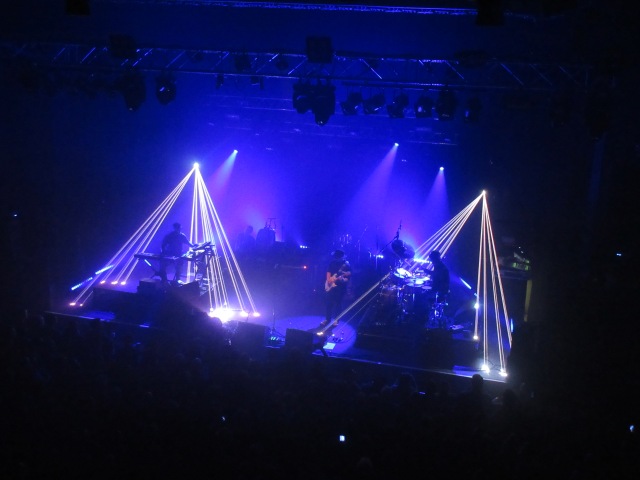 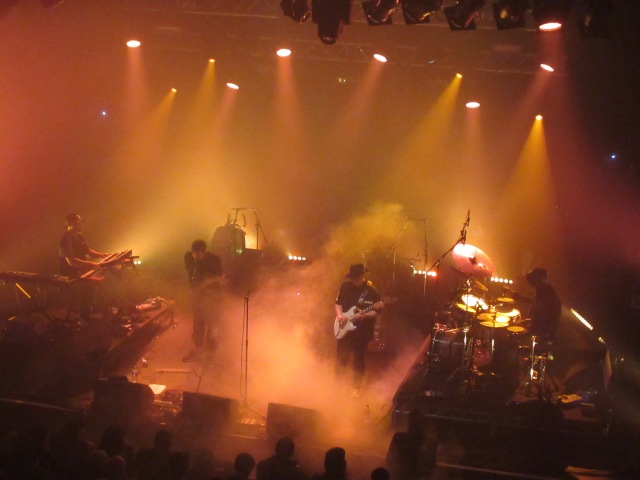 I'm blogging about the things I love: music, sport, culture, London, with some photos to illustrate aspects of our wonderful city. I’ve written a novel called “The Decision”, a futuristic political thriller, and first of a trilogy. I’m also the author of a book on music since the 1970s called “ I Was There - A Musical Journey” and a volume of poetry about youth, “Growin’ Up - Snapshots/ Fragments”. All available on Amazon and Kindle.
View all posts by John S →
This entry was posted in Music - concerts, lists, reflections and tagged concerts, Electric Brixton, Moses Boyd, music. Bookmark the permalink.

3 Responses to Moses Boyd at the Electric Brixton, 12 March 2020