It was ten years ago when I first came across the Staves, three sisters – Jessica, Emily, Camilla – from Watford, who sang the most beautiful harmonies. I was looking through my Twitter feed and saw a post from the DJ Bob Harris – Whispering Bob as he is affectionately known – enthusing about a YouTube video of a song called Mexico, by a new group called the Staves. It looked interesting so I gave the video a try. And loved it: the simple, bassy acoustic guitar, the dreamy melody – and those voices. The Staves were en route to becoming one of my favourite groups of the last decade.

I first saw the band at the Tabernacle in Notting Hill in May 2012, and soon after at Latitude – my first – in July that year. Each time those harmonies were astonishing, especially on the acapella start to a song called Wisely and Slow. That song became the opening track on their debut album, Dead & Born & Grown, which came out in November 2012. It brought together a few of the early singles, including Mexico; some lovely acoustic tunes like Facing West and In the Long Run; a pointed put down of men who don’t listen in Pay Us No Mind; and some songs near the end of the album that verged on the prog folk of the late 60s/ early 70s: Winter Trees and especially, Eagle Song. Over the years all those songs remained staples of the live set, with Eagle Song often a rousing finale.

We’ve had two more albums over the decade: If I Was in 2014 and Good Woman in 2021. (There was also a collaboration with yMusic in 2017 called The Way is Read.)  In 2021, promoting the new album, Jessica – the main instrumentalist – and Camilla toured without Emily, who had recently started a family. By now they were also supported by a full band, which was great, but did tempt them towards more upbeat versions of their songs. The harmonies weren’t lost, but they did have more competition.

And so to the show at the Barbican, one of two to celebrate the tenth anniversary of Dead & Born & Grown, with a performance of the whole album from start to finish. I only just managed to get tickets, as this first show quickly sold out when it was announced in July. The seats were right at the back of the circle, but central – a perfect position in fact. Shane came along with me – he’s long been a fan, after I persuaded him to come along to that first gig in Notting Hill. The stage was simply lit and the three sisters walked on, made a few jokey remarks and launched into Wisely and Slow. Just those three voices, as rich and affecting as they have ever been. They finished the song at the point when the recorded version introduces the drums, sounding a bit like Fleetwood Mac’s Tusk. Tonight it was just the three of them, accompanied only by Jessica’s and Camilla’s guitars and occasionally, ukulele. And, yes, they ran through the album, in sequence. It was an absolute dream – hard to single anything out, as it was all so good. But Mexico did bring back the memories of how it all began for me. Jessica told an amusing story beforehand about how she’d studied music at university, and one day Paul McCartney came in to hear the students play and to give them advice. Jessica played him an early version of Mexico. He liked it, but suggested a different ending. Jessica ignored his advice! 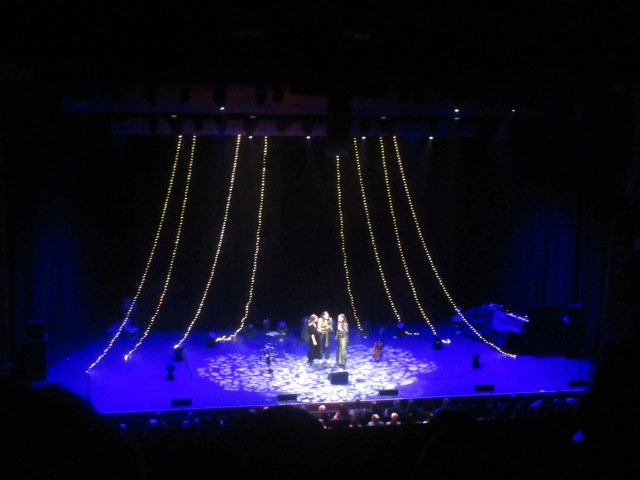 After a wonderful version of Eagle Song, the band went off briefly, then returned to play a few more songs from the last ten years. They started with an early track, Icarus, which surprisingly didn’t make the album. It has a wistful beauty, and has always been a favourite of my mine. They continued with an EP track, America, about life on the road. And then a real highlight of the evening: an unadorned rendition of No Me, No You, No More from If I Was. Perhaps the best example of their ability to interweave their voices to such astonishing effect. A 2020 single, Nazareth followed; and finally the title track from Good Woman, which they dedicated to their father. Earlier they had paid tribute to their mother, who died in 2018. That had hit them hard and put a hold on their career for a while. Throughout the show they were relaxed and humorous; still close, though their lives are obviously diverging as time passes. They clearly have great pride in what they have achieved, but are still rather amazed about it all.

It was a real pleasure to witness this celebration of their first steps. Dead & Born & Grown remains my favourite Staves album. The beginnings are the essence of any group, and tonight we heard that essence in all its joyousness: the stories, the melodies, those voices. Those harmonies – the best around. 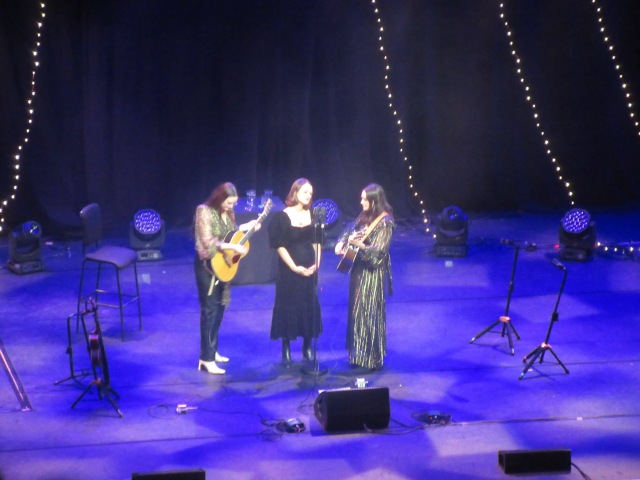 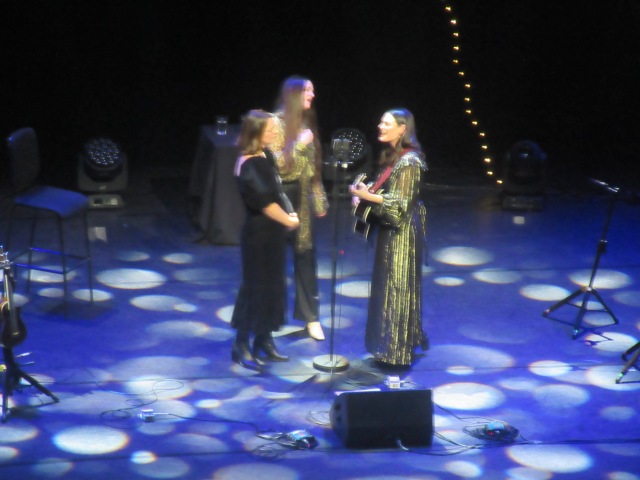 These postcards were on all our seats when we arrived, with a lovely message on the back. A nice touch.

I'm blogging about the things I love: music, sport, culture, London, with some photos to illustrate aspects of our wonderful city. I’ve written a novel called “The Decision”, a futuristic political thriller, and first of a trilogy. I’m also the author of a book on music since the 1970s called “ I Was There - A Musical Journey” and a volume of poetry about youth, “Growin’ Up - Snapshots/ Fragments”. All available on Amazon and Kindle.
View all posts by John S →
This entry was posted in Music - concerts, lists, reflections and tagged Barbican, concerts, Dead & Born & Grown, music, The Staves. Bookmark the permalink.