We used the opportunity provided by the Queen’s Diamond Jubilee celebrations to take a family trip to Paris last week. Always good for a bit of nostalgia, having lived there between 1989 and 91.  Hope you enjoy the photos below. There’s a wider selection on my Flickr site if you’d like to see them – see the right hand toolbar.

Lets start with a little Style Council, from “Cafe Bleu”, to capture the mood.

Me Ship Came In!

We caught the Eurostar on Sunday afternoon, early enough to enjoy a stroll along the Seine in early evening. We were staying in a hotel near the Odeon, just off the Boulevard St Germain. We wandered down Rue Mazarine to the river and crossed at the footbridge that takes you to the Louvre. There were masses of locks on the fencing, declarations of love… 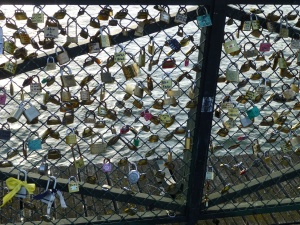 And some strange poles.

Some scenes along the river, heading towards Ile de la Cite. 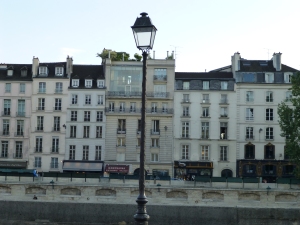 Then of course it was Notre Dame. 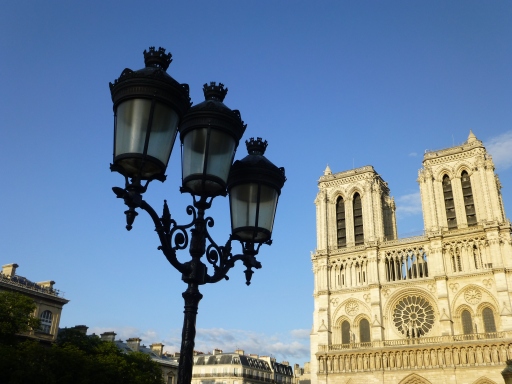 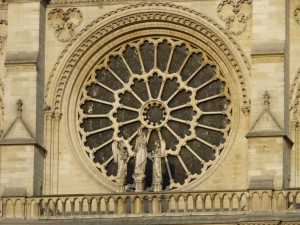 From Notre Dame we crossed back onto the Left Bank, and stumbled upon our favourite Japanese restaurant,  a little place called Matsuya, on Rue Galande, not far from St Michel. My wife and I used to eat there back in 1990.  It is still serving the same lovely and reasonably-priced dishes more than twenty years later! Afterwards we strolled through the backstreets connecting St Michel with St Germain.  A particular favourite is Rue de Buci. At night it looks like this. 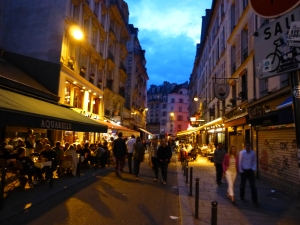 The evening ended with another nostalgic event – a drink at Les Deux Magots, on the Boulevard St Germain, opposite the old St Germain des Pres church. Prices not for the faint-hearted, but the most wonderful location to watch the world go by.

On Monday morning I popped out ahead of the family, to take a few shots of the local architecture. I love the detail of the Parisian buildings, the curves, the shutters and railings. These next photos taken on Rue de l’Odeon and Rue de Seine. 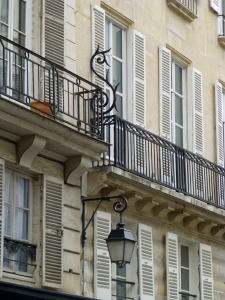 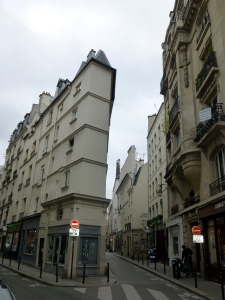 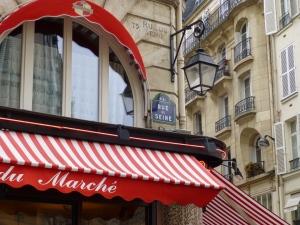 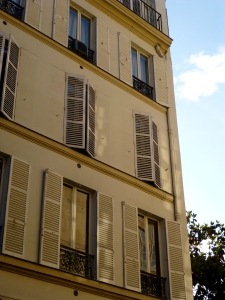 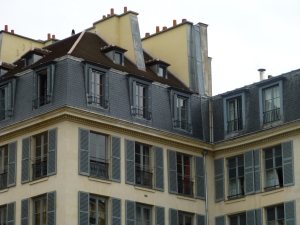 Monday, before lunch, we braved the Louvre. We’d bought some fast track tickets to avoid the two hour queues, but still, inside, in the popular spaces, it was mayhem. A vision of hell, with everyone wielding a camera. On the higher floors it was more tranquil, and I loved revisting one of my favourite artists, Corot, a precursor to the Impressionists. 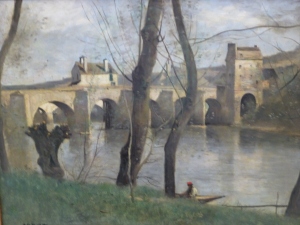 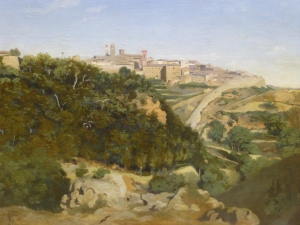 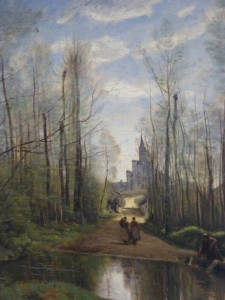 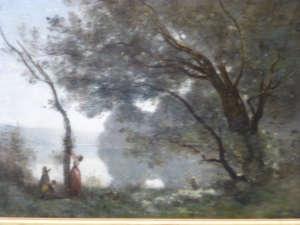 The skies outside were stormy and the Pyramid looked stark against the grey light. 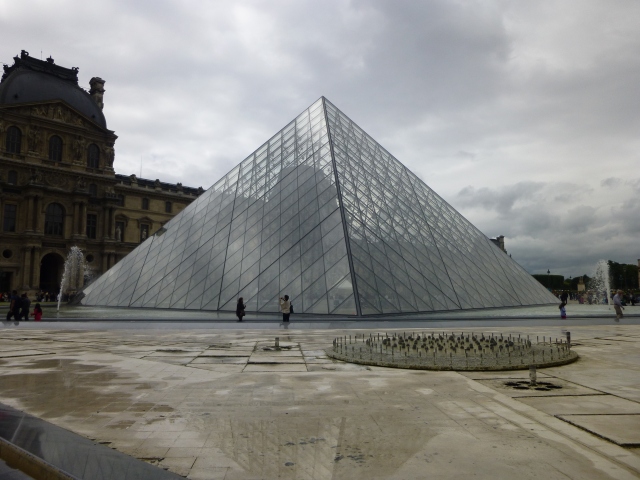 After the fraught exchanges of the Louvre, we had a relaxing lunch in the Rue St Honore and the tried our luck in the Orangerie, in the Tuileries Gardens. Home of the Monet water lily paintings, as well as some wonderful collections of Cezanne, Derain and Soutine, amongst others. Maybe more about them some other time – it really is an intriguing collection.

On our last day, Tuesday, we went to the Musee Rodin.  We’d had enough of the big spaces on Monday.  The Rodin has an entrancing collection of sculptures, inside and outside, but is contained, manageable. Relaxing.

On the way to the Rodin, and back, I loved the architecture of the Sixieme. A few shots… 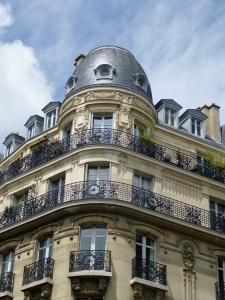 Back to St Germain after a nice lunch in the Cafe Metro on the Rue de Rennes, we did a bit of shopping.  While I was hanging around, I took a few shots of the Rue de Buci and environs in the daylight.

And that was it.  Back to Gare du Nord.  Hour and a half to get through passport control. Took the edge of the holiday, briefly.  Now, all the good memories dominate. And let’s end the photo gallery with the obligatory shot of the Tour Eiffel (from Concorde) , and a cool bit of grafitti from the Rue de Seine.

Some more Style Council to end the journey, with Tracey Thorn on sultry vocals.

I'm blogging about the things I love: music, sport, culture, London, with some photos to illustrate aspects of our wonderful city. I’ve written a novel called “The Decision”, a futuristic political thriller, and first of a trilogy. I’m also the author of a book on music since the 1970s called “ I Was There - A Musical Journey” and a volume of poetry about youth, “Growin’ Up - Snapshots/ Fragments”. All available on Amazon and Kindle.
View all posts by John S →
This entry was posted in Art, books, theatre, cinema, Photos and tagged Boulevard St Germain, Louvre, Musee Rodin, Orangerie, Paris, Photography, photos, Rue de Buci, Rue de Seine. Bookmark the permalink.