Paris in black and white

We – the family –  had a few days in Paris just after Easter. We did some of the traditional things and walked around a lot; the girls did some shopping. Photos were taken.  I’ve done Paris before on the blog – see A Paris Juin 2012 So here I’ll just share a few in black and white. A couple of clicks on iPhotos. It feels like a very French thing to do!

I like Line 6 of the Metro, which runs from Charles de Gaulle – Etoile to Nation. It passes close to the Eiffel Tower, but the attraction is that parts of the line hover over the roads, elevated rather than underground. I love just looking out at the buildings around you, two floors or so up.

This is Dupleix station, not far from the Eiffel Tower, though not the nearest. 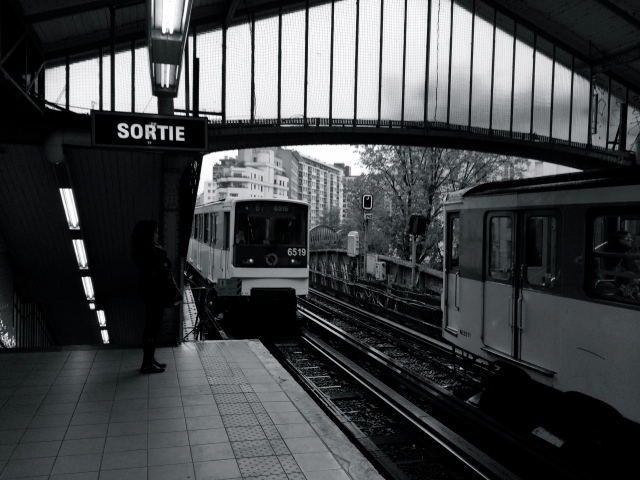 This is a shot from the Square Cambronne. There’s a station called Cambronne nearby.

Still on Line 6, this is Place D’Italie. We are in south east, but still reasonably central Paris here. I got off here and then walked back to the Marais, where we were staying, via the Rue Mouffetard and the Left Bank. It was pouring with rain, but still fun – remembering old haunts when I lived in Paris in 1989-91.

My son, Kieran, and I took the tourist trail to Sacre Coeur in Montmartre. On the way up from metro Barbes Rochechouart, it was striking how many dodgy geezers on the streets there were, trying to sell mobile phones – presumably stolen. A change from last time I was in the area.

OK, simple one: the Pyramid in front of the Louvre.

One of my favourite bars in the Marais. Spent part of my stag do in 1990 there, on the street. So good to see it’s still there. Rue Vieille du Temple.

And just off Bir Hakeim, in Passy, Line 6 again. 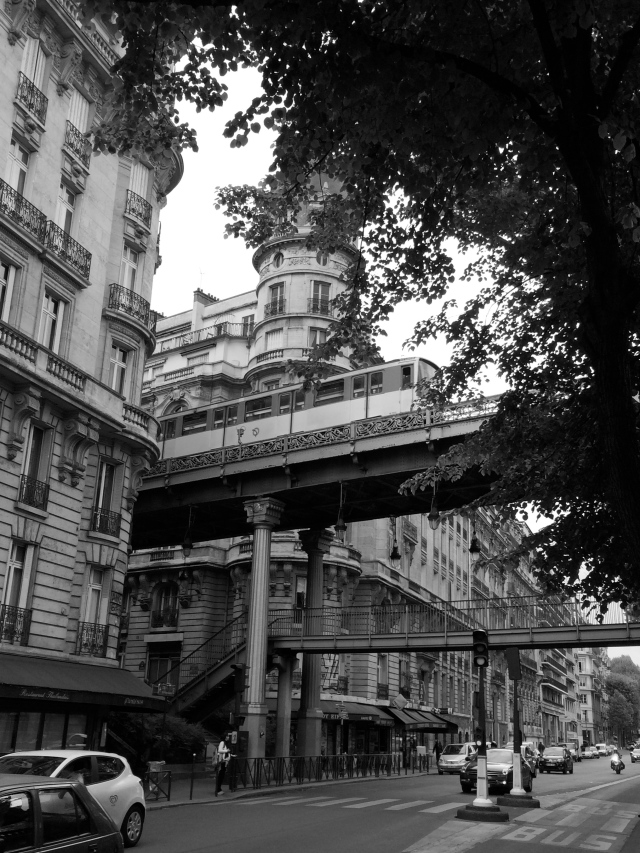 Tour Eiffel, from the Paris Architecture Museum in Trocadero.

I'm blogging about the things I love: music, sport, culture, London, with some photos to illustrate aspects of our wonderful city. I’ve written a novel called “The Decision”, a futuristic political thriller, and first of a trilogy. I’m also the author of a book on music since the 1970s called “ I Was There - A Musical Journey” and a volume of poetry about youth, “Growin’ Up - Snapshots/ Fragments”. All available on Amazon and Kindle.
View all posts by John S →
This entry was posted in Photos and tagged Eiffel Tower, Line 6 Paris metro, Paris, Photography, photos, Sacre Couer. Bookmark the permalink.

4 Responses to Paris in black and white