Views from the Tate Modern

Yesterday, after I’d been to the Damien Hirst and Edvard Munch exhibitions I took a few photos of the striking architecture in the area. Full works are on my Flickr – see Blogroll, on toolbar to the right.

You’ve got to start with the greatest building in the vicinity, on the other side of the river. This shot taken from the third floor terrace of the Tate Modern.

Close ups of St Paul’s and the Millennium Bridge, which I think is a wonderful piece of architecture.

And closer still, this time from the 4th floor members’ terrace a little later.

A bit of the City and the “Gherkin”.

Just outside the entrance to the main turbine hall at the Tate there are some new towers, sharp and shiny, with some fascinating detail. 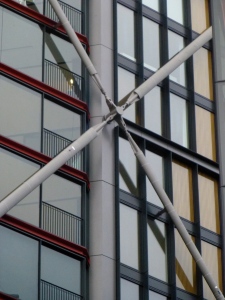 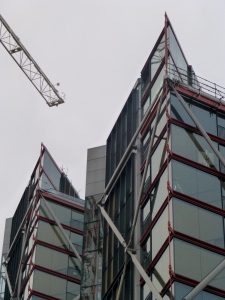 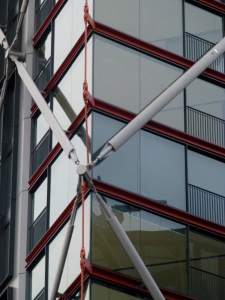 Even the cranes look pretty artistic! 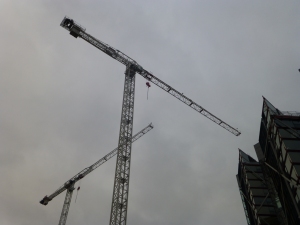 I like this yellow building.  Could be part of a Pieter Bruegel the Elder painting, with that cutaway top and the patchwork windows. 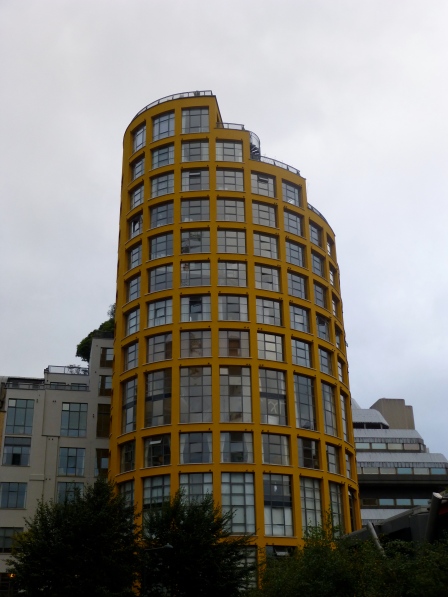 This one has seen better days. Room for improvement though.

The Tate Modern, itself. An old power station.  Not beautiful, but starkly impressive. 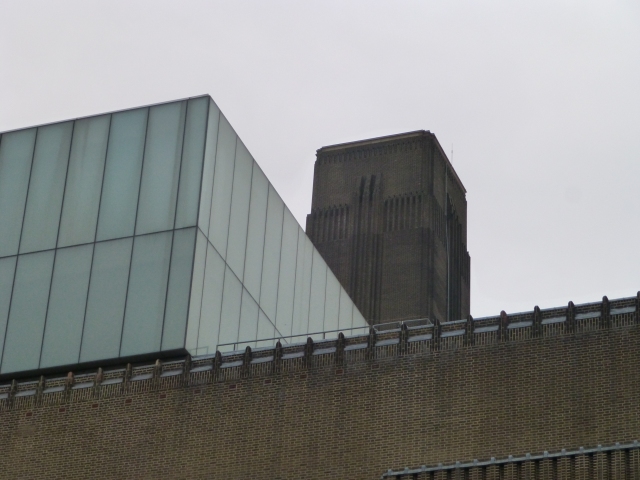 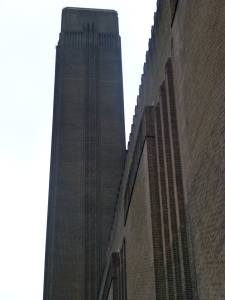 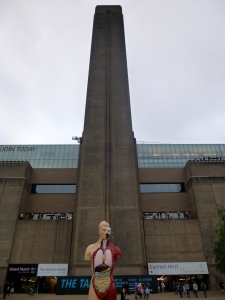 A closer look at that anatomical piece, by Damien Hirst.

The Shard lurks in the background.

Back to St Paul’s and the bridge, from ground level. 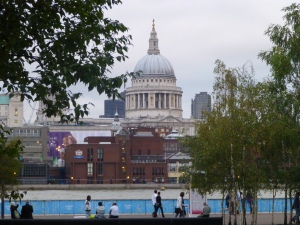 And what if something went wrong with the theory of relativity?

I'm blogging about the things I love: music, sport, culture, London, with some photos to illustrate aspects of our wonderful city. I’ve written a novel called “The Decision”, a futuristic political thriller, and first of a trilogy. I’m also the author of a book on music since the 1970s called “ I Was There - A Musical Journey” and a volume of poetry about youth, “Growin’ Up - Snapshots/ Fragments”. All available on Amazon and Kindle.
View all posts by John S →
This entry was posted in London, Photos and tagged Architecture, London, Millennium Bridge, Photography, photos, St Paul's cathedral, Tate Modern, Thames. Bookmark the permalink.

2 Responses to Views from the Tate Modern