Have You Heard? – (42) “Papua New Guinea” by The Future Sound Of London 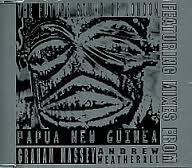 An ambient-techno-rave classic from 1991. One of my favourites from the era. Have a listen while you read. It takes a little while to get going, but then is magnificent.

I’ve been listening to FSOL as I write about all the brilliant electro-dance music in the early 1990s. “Papua New Guinea” is just about the best. This is what I wrote about it for my book:

“1991 was a good year for electro-dance. One of the best was “Papua New Guinea” by The Future Sound Of London. It was at the ambient end of the rave sound, with a hymn-like chant, which sounded at first like la-di-da-di-da. And maybe it was – I never bothered to find out. It was spacey and somehow eastern – it was called “Papua New Guinea” after all. It was music to watch waterfalls by. The torrent pounding, fragmenting, refracting the light. The vocals looped over an alternatively shimmering and pulsating beat, which would have been highly danceable in the right place, the right frame of mind. I simply found it an entrancing piece of music, and timeless. It’s as magical today as the first time I heard it.”

I bought “Papua New Guinea” first as a twelve inch single – ah the days of vinyl! – but then got it again on the band’s CD “Accelerator”. The track here is off the album. It’s worth a listen. Nothing else quite matches “Papua New Guinea”, but there are some great beats and loops and blurps to keep your electro-buds stimulated. Give it a go, if you like this sort of thing. 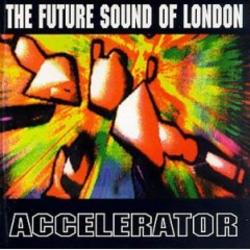 I'm blogging about the things I love: music, sport, culture, London, with some photos to illustrate aspects of our wonderful city. I’ve written a novel called “The Decision”, a futuristic political thriller, and first of a trilogy. I’m also the author of a book on music since the 1970s called “ I Was There - A Musical Journey” and a volume of poetry about youth, “Growin’ Up - Snapshots/ Fragments”. All available on Amazon and Kindle.
View all posts by John S →
This entry was posted in Music - Have You Heard? and tagged Ambient, Electro, music, Papua New Guinea, Rave, The Future Sound Of London. Bookmark the permalink.

6 Responses to Have You Heard? – (42) “Papua New Guinea” by The Future Sound Of London