There’s a new kid on the Victoria Street block. It’s called, prosaically, 62 Buckingham Gate – that’s the street which connects Victoria Street to Buckingham Palace. It has been built on the site of the old Selborne House, where I used to work for many years, when it housed the Lord Chancellor’s Department and the Department for Constitutional Affairs, when we morphed into that institution.  Selborne House was a drab sixties tower block which no-one liked. 62 Buckingham Gate, in contrast, looks amazing. I love the way they’ve built all sorts of angles into the face of the building, so that, with the mirrored front, it reflects myriad images, depending on your vantage point. It’s a classic bit of Victoria Street architecture, bearing no relation to anything else that has gone before. Maybe that’s the theme for Victoria Street: anything goes.

So I took a few shots with the iPhone today, with a view to sticking one of them on this blog. But honestly, I love the way so many images come into play, so I’ve decided to post a few today. I hope you like them as much as I do. 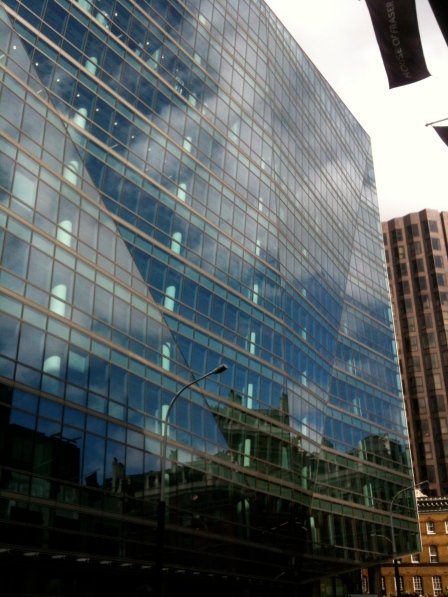 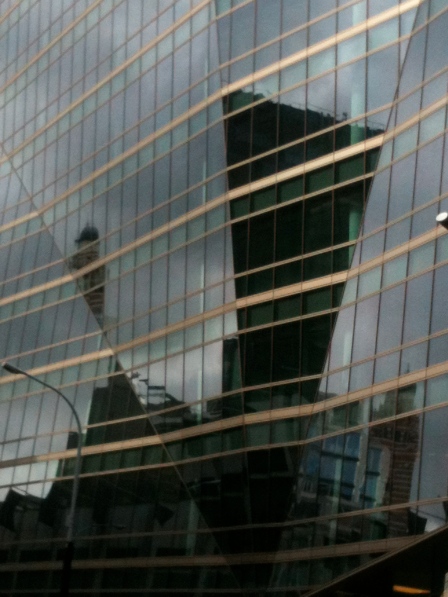 This last shot, taken randomly at the crossroads nearby, with a bit of that fuzzy iPhone zoom, shows the angles in full effect. There are two images of Westminster Cathedral, which is not that near at all – at least a hundred yards down the road and tucked behind lots of other blocks. But it has sneaked into view – twice!

I'm blogging about the things I love: music, sport, culture, London, with some photos to illustrate aspects of our wonderful city. I’ve written a novel called “The Decision”, a futuristic political thriller, and first of a trilogy. I’m also the author of a book on music since the 1970s called “ I Was There - A Musical Journey” and a volume of poetry about youth, “Growin’ Up - Snapshots/ Fragments”. All available on Amazon and Kindle.
View all posts by John S →
This entry was posted in Photos - lovelondonscenes and tagged 62 Buckingham Gate, Architecture, London, Photography, photos, Victoria Street. Bookmark the permalink.