Southern England got hit this morning by the biggest storm experienced since 1997. Two, maybe four people died as a result of accidents caused by the winds. In my part of London, the winds were lively but didn’t seem that spectacular. Enough to disrupt all the railway and tube lines though. I got into central London at about 10am and found Green Park shut, at least from the tube station end – people seemed to be walking in from the Buckingham Palace entrance.  I had to divert via Piccadilly and St James’s Street onto the Mall, before heading towards Victoria.

The Mall was shut to traffic. There was a bit of tree damage, but no major collapses. 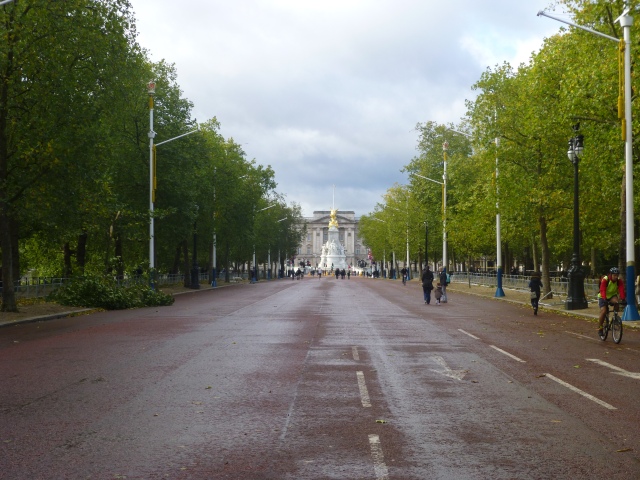 The tourists were undaunted.

I'm blogging about the things I love: music, sport, culture, London, with some photos to illustrate aspects of our wonderful city. I’ve written a novel called “The Decision”, a futuristic political thriller, and first of a trilogy. I’m also the author of a book on music since the 1970s called “ I Was There - A Musical Journey” and a volume of poetry about youth, “Growin’ Up - Snapshots/ Fragments”. All available on Amazon and Kindle.
View all posts by John S →
This entry was posted in Photos - lovelondonscenes and tagged Buckingham Palace, London, Photography, photos, St Jude storm, The Mall. Bookmark the permalink.