Danny and the Champs in Leytonstone

Last week my friend Paul and I went up to the East End to see Danny and the Champions of the World in Leytonstone Working Men’s club.  Intimate and very good value on the beer front! The evening was organised by What’s Cookin’, who put on events which are free on entry. You buy your drinks and a float goes round which you can put money in to, to pay the musicians. I think it’s rather admirable and hope the bands on the night got a decent pay out. Because they were superb.

Proceedings kicked off with a band called the Suburban Dirts. I didn’t know them beforehand, but I really liked their bluesy Americana. It was sung beautifully by front man John Wheatley. They had a lot in common with Danny and the Champs. They have an album out, which I bought that evening. It’s called “A Tiny Little Island In The Big Bad Sea”. Worth checking out if you like this kind of music. It took me back a bit to the great memories of the late seventies, when the likes of Graham Parker and the Rumour, Nick Lowe and Elvis Costello had their country rock moments. For their last song, the band played The Band. “The Weight”. It worked perfectly. 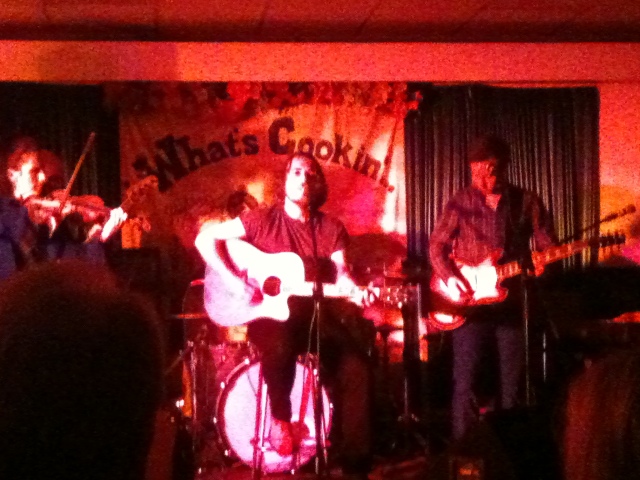 Danny of the Champs is Danny George Wilson, once the front man of one of my favourite bands of the 2000s, Grand Drive. You can see my blog on the wonders of  Grand Drive if you’re interested.  Danny’s moved on from the sound of Grand Drive, though that love of what we call country rock is still there. He’s developed a rich sound which combines country rock with soul, the sound of Bruce Springsteen/ Southside Johnny and Van Morrison. Not derivative, just inspired by these greats.

The latest album, “Stay True” is a wonderful combination of Van, Bruce and The Faces (in acoustic mode) to my ears. On record it’s good. Live it was awesome. Rock’n’roll at its best.

It was great being in such an intimate venue. We sat a table a few yards from the band, drinking our San Miguels. You couldn’t help but feel a real connection with the music, with the band. 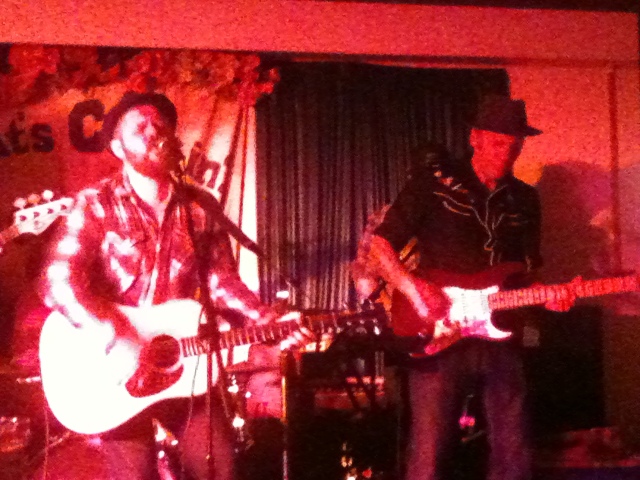 I just wallowed in the music. So full of soul, rock’n’roll. A celebration. The band was excellent. Watching them so close, I was in awe of their musicianship. The guitarist, Paul Lush, was superb. He got the chance to perform an amazing Neil Young-style extended workout on ‘The Colonel And The King”, a track about Elvis Presley from the  previous album, “Hearts and Arrows”. The saxophonist, Geoff Widdowson,  added that feel of Southside Johnny and did a magnificent walk around the audience towards the end (I’m not sure what the track was, but it was great!).

There are some tracks which I can name, like old favourite “Henry The Van” and new ones like “Never Stop Building That Old Space Rocket” and “Other Days”. But it was all wonderful. Something about the quality of the music and the intimacy of the venue which made this one of the most enjoyable concerts I’ve been to in a long time.

If you get a chance to see Danny and the Champs, take it!

I'm blogging about the things I love: music, sport, culture, London, with some photos to illustrate aspects of our wonderful city. I’ve written a novel called “The Decision”, a futuristic political thriller, and first of a trilogy. I’m also the author of a book on music since the 1970s called “ I Was There - A Musical Journey” and a volume of poetry about youth, “Growin’ Up - Snapshots/ Fragments”. All available on Amazon and Kindle.
View all posts by John S →
This entry was posted in Music - concerts, lists, reflections and tagged danny and the Champions of the World, Danny and The Champs, Leytonstone, music, Stay True, Suburban Dirts, What's Cookin'. Bookmark the permalink.

2 Responses to Danny and the Champs in Leytonstone