The Stasi Museum had a really good photo section. I liked the series of photos from the years just before the Wall came down. Showed that the youth were breaking down the Stalinist ways. Punk prevailed!

This is what the authorities didn’t like (translated version). Sorry for missing off a bit of the right hand side. But I think you can get the drift. 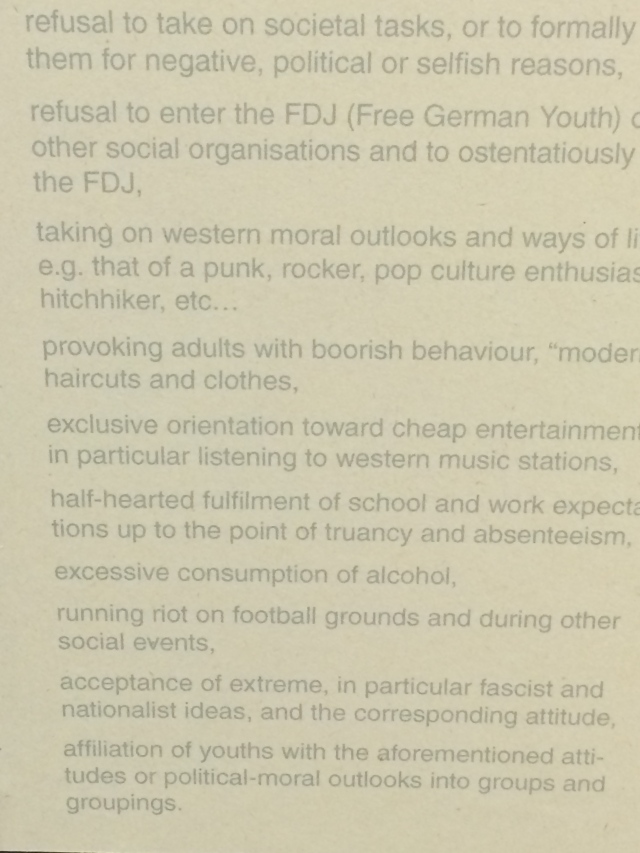 So they would have hated this.

The photo above was taken in a building in Rosenthaler Strasse, which is now part of the rejuvenated Mitte district, where we stayed. An extraordinary transformation.

Some more of those punks… 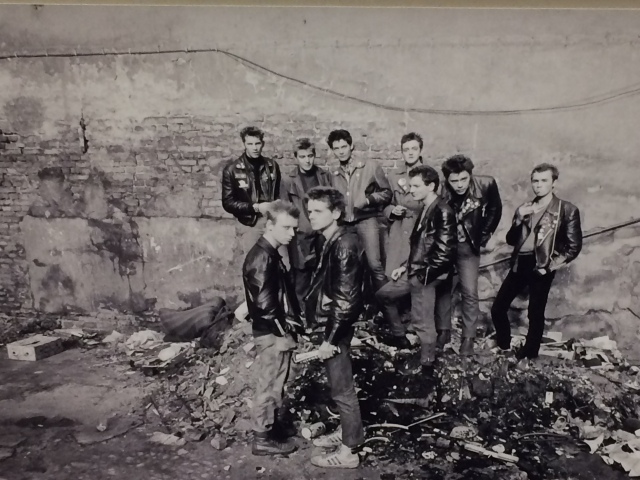 Being a punk in East Berlin in the 80s must have been far more dangerous than posing on the Kings Road in 1977.

These dudes would have been punks in their early days if they could have, I’m sure.

I'm blogging about the things I love: music, sport, culture, London, with some photos to illustrate aspects of our wonderful city. I’ve written a novel called “The Decision”, a futuristic political thriller, and first of a trilogy. I’m also the author of a book on music since the 1970s called “ I Was There - A Musical Journey” and a volume of poetry about youth, “Growin’ Up - Snapshots/ Fragments”. All available on Amazon and Kindle.
View all posts by John S →
This entry was posted in Photos - Scenes from Berlin and tagged Berlin, Photography, photos, Punks of East Berlin, Stasi Museum. Bookmark the permalink.