We walked to Richmond along the Grand Union Canal and the Thames on New Year’s Day. A rather cloudy and grey day, but cleared the cobwebs and whatever the weather, it is always a lovely scene. A few shots coming into Richmond… 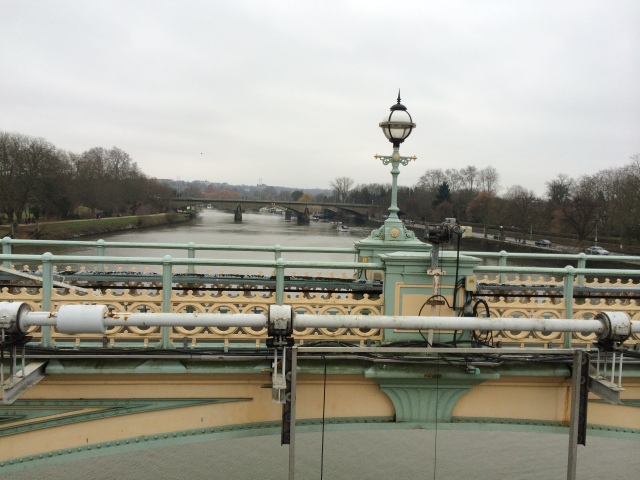 Under Twickenham Bridge, which is not in Twickenham and is closer to Richmond than Richmond Lock! The next bridge is a railway bridge. 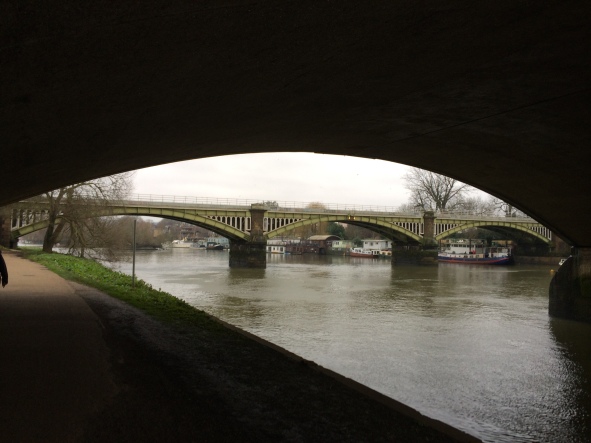 Richmond Bridge in the background.

I'm blogging about the things I love: music, sport, culture, London, with some photos to illustrate aspects of our wonderful city. I’ve written a novel called “The Decision”, a futuristic political thriller, and first of a trilogy. I’m also the author of a book on music since the 1970s called “ I Was There - A Musical Journey” and a volume of poetry about youth, “Growin’ Up - Snapshots/ Fragments”. All available on Amazon and Kindle.
View all posts by John S →
This entry was posted in Photos - lovelondonscenes and tagged London, Photography, photos, Richmond. Bookmark the permalink.