This was a concert that I’ve been looking forward to for a long time. I first became aware of Sharon van Etten when she released her album, “Tramp” in 2012. At the time I played it a few times, but it didn’t make it big on my playlist. Then in 2014, we had “Are We There”. That got great reviews in the papers I respect, and I bought it and liked it. Still not yet bowled over. I put it in my top ten for 2014 – see my top tens category if you are interested. but what then happened was that my interest in “Tramp” was revived. And in January this year, I had one of those musical epiphanies when I realised how brilliant Sharon van Etten was. The key track was “Give Out” and I wrote about that in my blog Have You Heard 59. And then my love of “Tramp” bounced back to “Are We There”, which is also an outstanding album. I also delved further back, and discovered the wonderful albums, “Epic” and “Because I Was In Love”. The latter was a really basic album musically, at times only a strummed guitar – and Sharon’s beautiful voice. There’s a track called “Keep”, which is so sad, so lovely, that once, when I heard it come on, on my iPod, walking to work from the tube, I just had to stop, collect myself, and take it in, before I walked any further.

I had high expectations of the concert then. And they were met – and exceeded. Of course it was “Are We There” which dominated; and the songs from that album, with more piano and synthesisers than before, worked really well in the live environment. Band songs. But I was really pleased that “Give Out” got an airing, as well as four other songs from “Tramp”, including the lovely “Kevin”. This photo is Sharon playing “Give Out”, with the capo on the fourth fret! 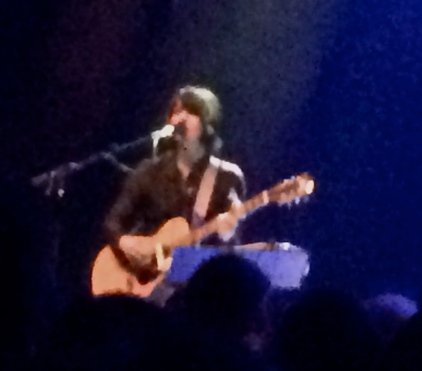 Sharon is a diffident person on stage. You’d have expected her her to be centre stage, but she stationed herself to the left of the stage. No-one was really at the centre. We all focused on her of course, but the band were excellent, including her fellow singer Heather Woods Broderick, who has been with her for quite a while, certainly since “Tramp”. She’s in the video I included in that Have You Heard 59.

The band’s playing was rich and supportive, with some rocking out, which was possible with the tunes from “Are We There”. The rockier they got, the more Sharon reminded me of Patti Smith and PJ Harvey; but, in essence, she is a sensitive urban folk singer, full of tales of lost love, insecurity; sometimes hope, but mostly despair. But a beautiful despair.

Was there a highlight? Not really; it was just all really good. “Give Out” was a joy of course. And I did like the encore: Sharon solo on the piano, moving to the right of the stage, for “I Know”; the rockier take for “Serpents”, one of the big songs from “Tramp”; and then the celebratory “Every Time The Sun Comes Up”. At least in sound, if not lyrics. 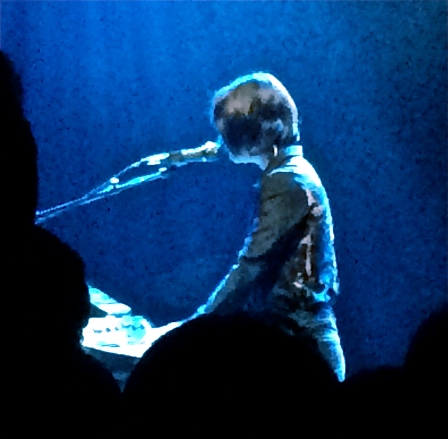 A wonderful concert. Deep, moving, beautifully sung and played songs. Rooted in past sounds, but also contemporary. The audience was mostly 20-30 somethings, with a smattering of oldies like me. But it’s music for all ages; timeless themes of love, mostly lost or difficult. A sound that began in folk,moved into Americana (a bit) and now has opened up into a bigger, wider, more dramatic sound, made for the live stage.

It worked so well at Shepherd’s Bush Empire. Can it go further? No matter what happens live, I’ll be getting the albums.

Sharon van Etten: one of my new favourites.

I'm blogging about the things I love: music, sport, culture, London, with some photos to illustrate aspects of our wonderful city. I’ve written a novel called “The Decision”, a futuristic political thriller, and first of a trilogy. I’m also the author of a book on music since the 1970s called “ I Was There - A Musical Journey” and a volume of poetry about youth, “Growin’ Up - Snapshots/ Fragments”. All available on Amazon and Kindle.
View all posts by John S →
This entry was posted in Music - concerts, lists, reflections and tagged concerts, London, music, O2 Empire Shepherds Bush, Sharon van Etten. Bookmark the permalink.