lovelondonscenes – 103. A walk from Erith to Greenwich.

On the Saturday just gone, Kath and I, with our friends Jon and Maggie, took a succession of trains out to Erith, in Kent, not far from Dartford, to walk back along the River Thames into Greenwich. Why? Well, the Londonist website, which I recommend for all things London, had featured it a few months ago, and it sounded interesting. And we thought it time to venture into south-east London, not our normal territory.

I had never heard of Erith before I read the Londonist article, which I attach here. Another suburban town; but when we got down to the river, it was awesome. Lowish tide. A beautiful expanse. A few photos of the trip upstream to Greenwich follow.

Looking upstream at the pier in Erith. 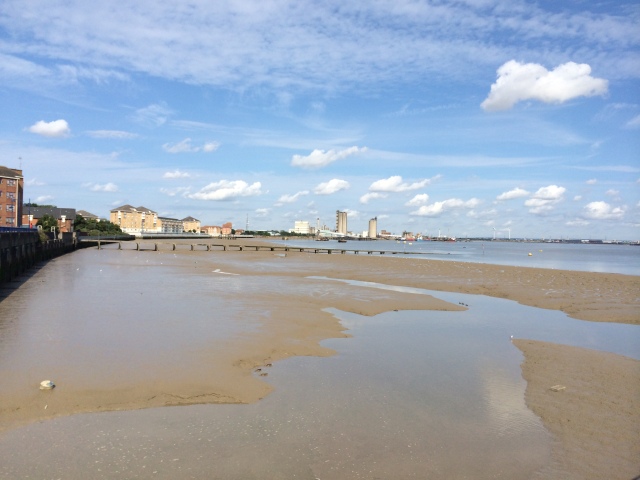 And downstream, into the sun. Dartford Bridge lurks in the background. 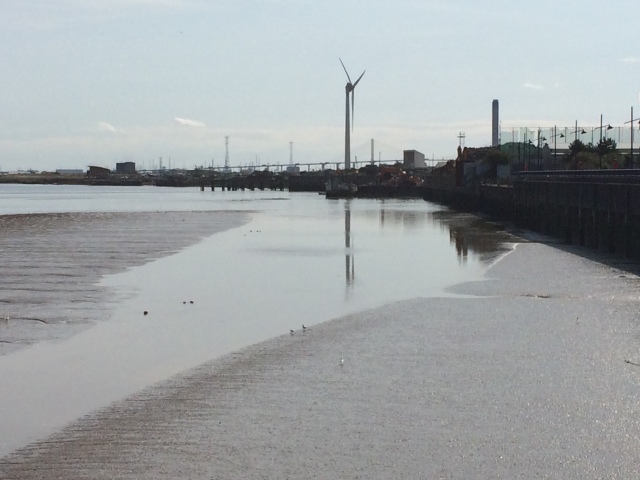 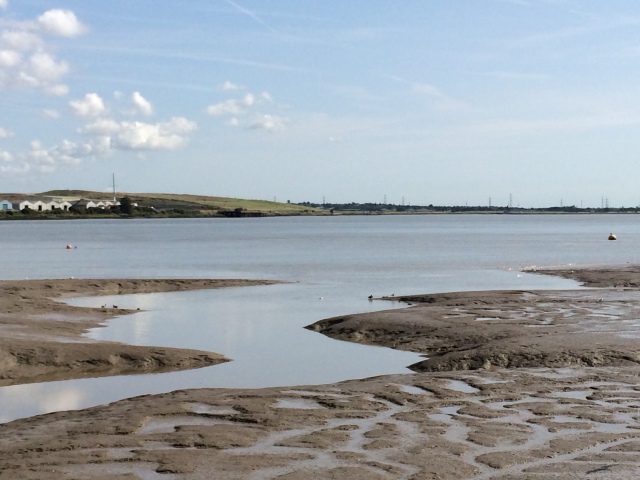 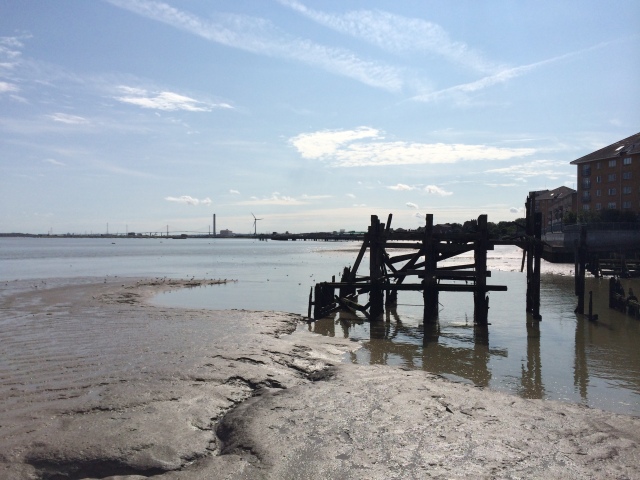 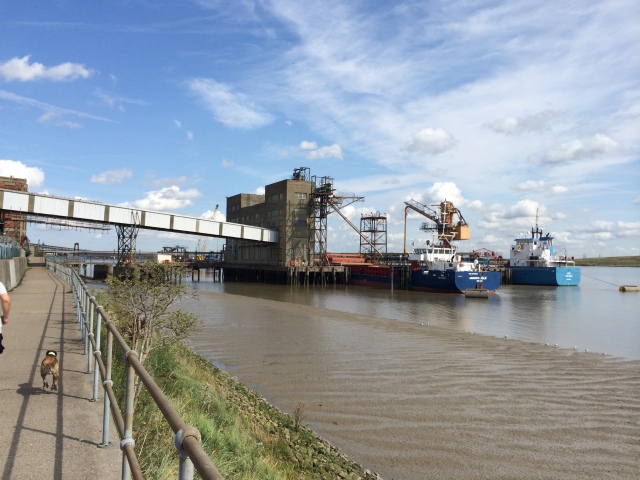 Across the way is the massive Ford plant at Dagenham. 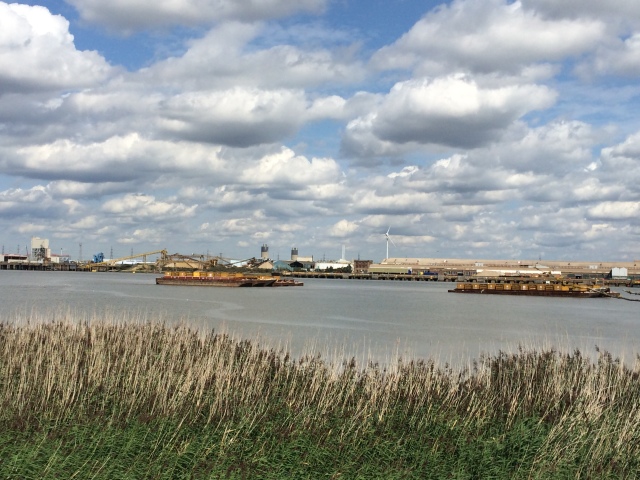 Now this is a sludge generator. Human waste turned to energy. The sort of thing that happens down-river. The mass of seagulls in the following photo presumably has some connection!

As we headed into Woolwich, Canary Wharf (and the Shard as always) loomed, with tall ships in the foreground. Turned out there was a tall ships festival in Woolwich. 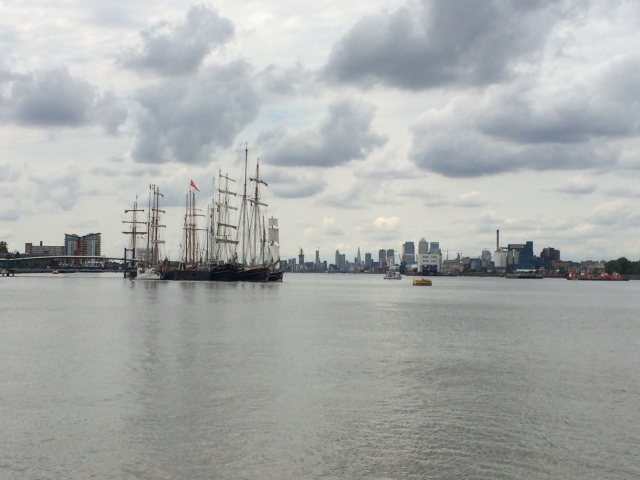 The Thames Barrier at Woolwich. Stops central London from being flooded when there are exceptionally high tides. Huge barriers rise from below. Only needed a couple of times a year normally.

The Dome is now one of London’s premier music venues, and has a complex of restaurants and a cinema too.

There were a string of arty slogans attached to posts and walls in a stretch of the walk which was largely building sites. Maybe a protest against the fact that most of the apartments being built are high-end properties which will probably be bought by foreign investors, and many won’t be lived in. I agree this is a scandal and our political leaders in London need to be doing something about it.

We got to Greenwich, with the rain pouring – it started about 4pm. August in England! We stopped in a great pub called the Cutty Sark. This is a view from just outside. The smokers’ view.

The Londonist told me the trip was 13 miles. I’m not sure whether that was as the crow flies, or along the many bends in the river. But, with an hour’s stop for refreshments in Woolwich, it took about six hours.

Well worth the trip!

I'm blogging about the things I love: music, sport, culture, London, with some photos to illustrate aspects of our wonderful city. I’ve written a novel called “The Decision”, a futuristic political thriller, and first of a trilogy. I’m also the author of a book on music since the 1970s called “ I Was There - A Musical Journey” and a volume of poetry about youth, “Growin’ Up - Snapshots/ Fragments”. All available on Amazon and Kindle.
View all posts by John S →
This entry was posted in London, Photos - lovelondonscenes and tagged Erith, Greenwich, London, Photography, photos, River Thames, Tall Ships, Woolwich. Bookmark the permalink.

6 Responses to lovelondonscenes – 103. A walk from Erith to Greenwich.