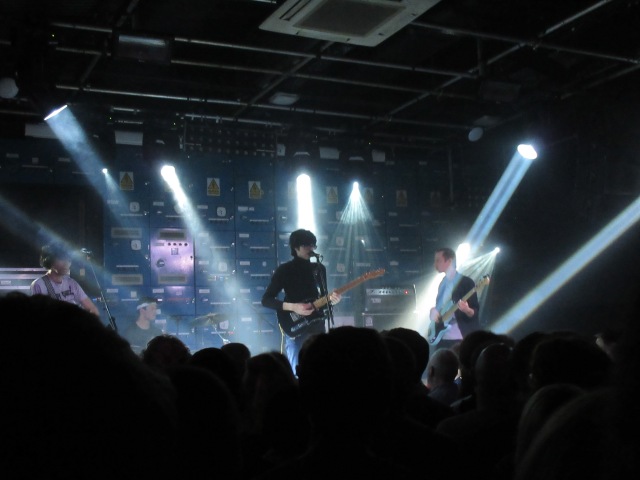 Car Seat Headrest are a band based in Seattle, inspired by the 90s Seattle sound, though they look more like Vampire Weekend than, say, Nirvana. The main man is Will Toledo, who has been making music for a while, but took a step up in 2016 with the album “Teens of Denial”. It was in my top 10 for the year. By the time I realised they were touring the UK, they had sold out the Electric Ballroom in Camden, so I looked to see where else they were playing. I decided on Manchester and booked a day off so I could have a proper look round the city on the Friday and Saturday (that’s another story). I got a ticket for the show at Gorilla, just before that sold out too.

And so, on a Friday, after wandering around the city, and seeing an old friend, Andy, for a beer and a pizza, I went to Gorilla. It’s a restaurant and club that also hosts gigs.  A bit like Oslo in Hackney, but more central. It was a good space – room for a few hundred people – and a relaxed, studenty vibe. That’s a recommendation!

There was a real sense of anticipation as we waited for the band. And we were not disappointed. It was a brilliant show – mostly songs from “Teens of Denial”, but with a few older ones. The “Teens of Denial” ones made the show – they are more dynamic and have bursts of riffs that absolutely get people going. They played all my favourites, starting with “Fill in the Blank” (the most played on Spotify) and “Vincent” which burns slowly, then rocks. “Destroyed by Hippie Powers” was a wild bit of noise. And the highlight was the sequence of “Drunk Drivers/ Killer Whales” and “1937 State Park”. “Drunk Drivers” starts as a mid tempo, melodic piece, before bursting into its killer whales chorus and guitar wig out. I was impressed to see how the audience knew all the words – for the drunk driver bit Will could have done one of those turning the mic to the audience things. Except he is way too cool to do that. And as soon as we reached it doesn’t have to be like this… total anthem. I have a feeling that the band may be surprised how it has caught on. Perfect festival music from a band who don’t look they were made for festivals. And then “1937 State Park” rocked like Nirvana rocked (with a bit of Strokes thrown in). More crowd jubilation. 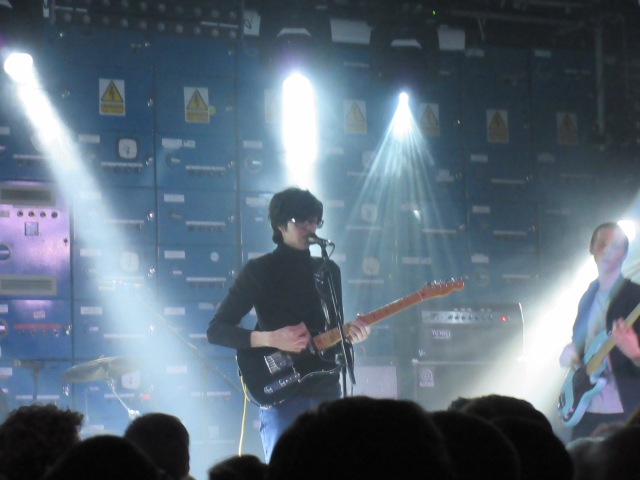 Strangely the main show then ended with two more subdued, less familiar songs (possibly it was one with different parts). But Car Seat Headrest aren’t the sorts to do the obvious thing. Not all the time, anyway. They came back for an encore of “Connect the Dots (The Saga of Frank Sinatra)”, which is a metal /punk thrash and was perfect for the occasion.

Yeah, this is a band who know they are good. The songs (especially the lyrics) aren’t your average rock’n’roll, but they have the melodies and riffs to work brilliantly live. Readers of this blog will know how good I thought Thee Oh Sees were live at End of the Road last year. Well, I got the same feeling about Car Seat Headrest at Gorilla. They were that good.

And they are at a End of the Road this year!

I'm blogging about the things I love: music, sport, culture, London, with some photos to illustrate aspects of our wonderful city. I’ve written a novel called “The Decision”, a futuristic political thriller, and first of a trilogy. I’m also the author of a book on music since the 1970s called “ I Was There - A Musical Journey” and a volume of poetry about youth, “Growin’ Up - Snapshots/ Fragments”. All available on Amazon and Kindle.
View all posts by John S →
This entry was posted in Music - concerts, lists, reflections and tagged Car Seat Headrest, concerts, Gorilla Manchester, Manchester, music. Bookmark the permalink.