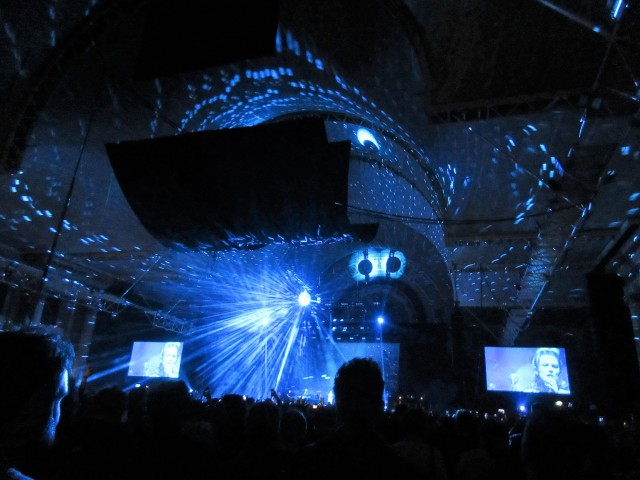 On Friday evening I went up to Alexandra Palace in North London for the second time in a couple of weeks – the first being The War on Drugs. After mistiming it completely last time, and keeping my friend Jon G waiting in the bar, I got there super early. There were a couple of interesting support bands in prospect. Superfood, who I saw at the Goose Island concert in Shoreditch  a while back, and then Sunflower Bean, who are getting good reviews. They were at Latitude, but another band I missed because of the clashes. Naturally, because I was early, Jon was unavoidably late this time! Gave me a chance to get a couple of beers in. Eventually we saw a bit of Sunflower Bean, who seemed pretty good. The last tune really rocked. Superfood will be for another time – sure they’ll be on the festival circuit next year.

I’ve seen Wolf Alice a couple of times before. Once at Latitude in 2015 and then at the Forum in Kentish Town in 2016. They were terrific both times. Their first album, “My Love is Cool” was the thing then. That was an album I grew to love, but not in time to give it a slot in my 2015 top ten. And now we have the second album, “Visions of a Life”. This one has been another slow burner – apart from “Yuk Foo”, which is just an awesome piece of angry noise, with Ellie Rowsell lashing out at everything.  I did a bit of mugging up before the concert, so the tunes were at least vaguely familiar. The first four on the album jumped out: “Heavenward” providing the same sort of dreamy start as “Turn to Dust” did for the first album; “Yuk Foo” blasting away for a couple of minutes, “Beautifully Unconventional” almost dancey, but very 70s too; and “Don’t Delete the Kisses”, a lovely swirl of a chorus set against verses that could have come from the Pet Shop Boys. I was really looking forward to the show, to enjoy the old favourites and see how these new songs played out. 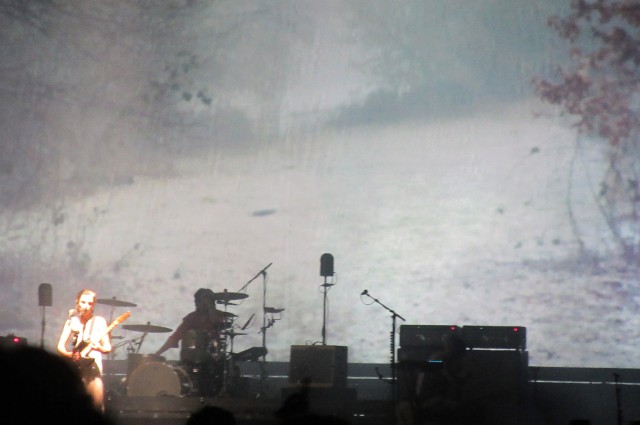 And yes, it was an amazing show. This is a band that has really found its groove now. Able to translate their sound and performance to the bigger stages. Ally Pally is a cavern. The War on Drugs got a bit lost in it, I thought. Wolf Alice bossed it totally. They started with “Heavenward” and “Yuk Foo”. That got things going. But then we had “You’re a Germ” and “Your Love’s Whore”. Couldn’t get much better! And the concert then wound its way through both albums. “Planet Hunter” emerged as a real favourite – great melody and chorus. “Don’t Delete the Kisses” too. “Beautifully Unconventional” rocked. 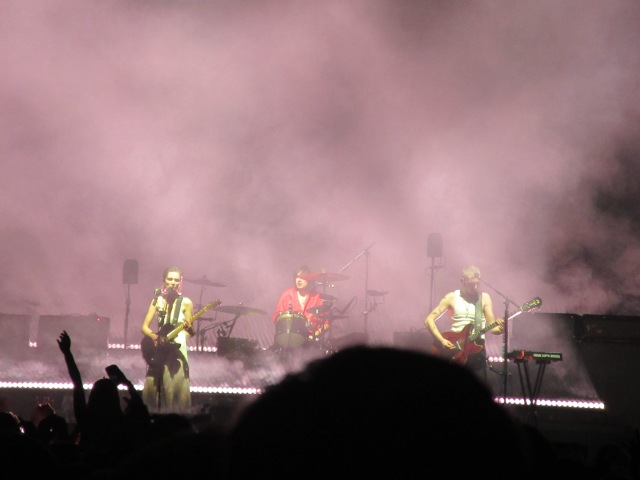 And there was a lovely moment towards the end when the band invited on to the stage a 15 year girl from Kingston (or somewhere from that part of the world) who’d won a competition to play guitar on old pre-albums favourite “Moaning Lisa Smile”, while Ellie just sang. And she was great! Really confident on the guitar.

The last two songs of the main set were a contrast. First, “Visions of a Life”, a seven minute epic from the new album. Full of time and melody changes. This was the moment when I thought seventies most of all. A bit of Zep definitely, touch of Sabbath, and, I don’t know, something like Jefferson Airplane. Ellie as Grace Slick. She’d gone a bit 70s in her dress for the night. The slicked back hair was punk, same as the “Yuk Foo” video; the long white dress was definitely from another era. But then, for the last song,  a reversion to the Wolf Alice we know and love: the awesome “Fluffy”.

The encore was “Blush”, another old one, and then “Giant Peach” from “My Love is Cool”. That gave them a chance to rock out, and it all ended on a high. This was a really well-paced show, making great use of songs from throughout their catalogue. A band that really know what they are doing, but who also feel humbled by being able to play to 5,000 people on their home turf.

Could they be headliners at Latitude in 2018? I really hope so! 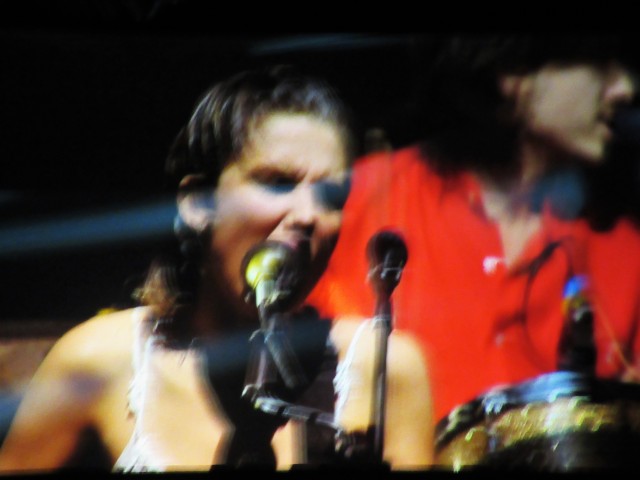 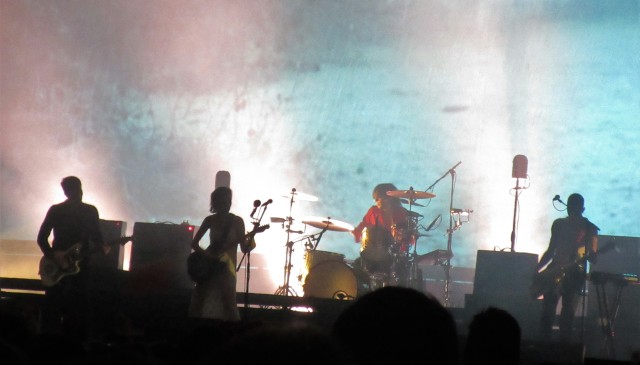 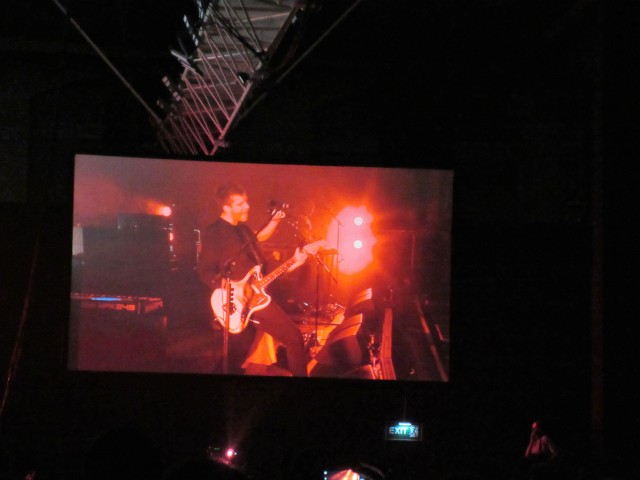 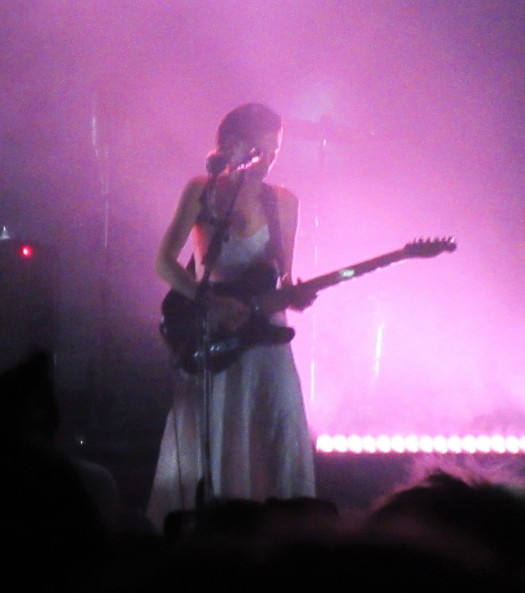 I'm blogging about the things I love: music, sport, culture, London, with some photos to illustrate aspects of our wonderful city. I’ve written a novel called “The Decision”, a futuristic political thriller, and first of a trilogy. I’m also the author of a book on music since the 1970s called “ I Was There - A Musical Journey” and a volume of poetry about youth, “Growin’ Up - Snapshots/ Fragments”. All available on Amazon and Kindle.
View all posts by John S →
This entry was posted in Music - concerts, lists, reflections and tagged Alexandra Palace, concerts, London, music, Sunflower Bean, Superfood, Wolf Alice. Bookmark the permalink.