Lindi Ortega, as regular readers of this blog will know, is my favourite country artist. She doesn’t come to the UK all that often, so I decided to go to  a couple of the shows on her latest tour, which is promoting her new album “Liberty”. It’s a great album, by the way, with a Wild West twang to it, in homage to spaghetti westerns and Quentin Tarantino. As well as Lindi’s usual themes – mostly grappling with the dark forces in her mind, but also with its happy moments, notably the lovely and potentially anthemic “Lovers in Love”. That one reflects her happiness in her recent marriage, I think.

The first show I went to was down on the south coast in Brighton, at the Komedia. I made the same visit a couple of years ago, when she was on her previous tour, because I couldn’t make the London gig that time. This time I was just being greedy! I like Komedia as a venue – a basement below the cinema/theatre in a cool part of Brighton. On Tuesday it was only about half full, which I was surprised about, but there was still a good atmosphere. It meant I got a bit closer up than usual. The set was a nice mix of old and new. It started with a few from the back catalogue: “Dying of Another Broken Heart”, “Angels” and “Demons Won’t Get Me Down, and then maybe my favourite song of all, even now, “Tin Star”. If music wasn’t running through the blood in my veins… And then “Lovers in Love”. Not much of a singalong from the crowd, but I had a go!

(Photos are a bit fuzzy as I only had my iPhone 5S with me. I need an upgrade!)

As ever, it was great to hear new songs performed live. Really does bring them to life. I loved the rendition of “Pablo” – Lindi in great voice – and a very feisty “You Ain’t Foolin’ Me”.  And in a three song encore, the classic Lindi song,  “Cigarettes and Truckstops” took its turn. Up there with “Tin Star”.

A wonderful show. Quite pared down: just Lindi, ever faithful guitarist “Champagne” James Robertson, and drummer, whose name I didn’t catch, (he was good). Bass lines played by James simultaneously on his guitar, using tuned-down strings. Keeps the cost down, I guess, and James did it brilliantly. I initially thought there must be some pre-prepared tracks, but a later exchange on Twitter confirmed that wasn’t the case. It’s all real time.

On to London: The Garage, Islington, in north London. With a friend from work (lone groove in Brighton). A bigger venue and a bigger crowd. More varied too: younger, more women. It’s London (though I love Brighton too). The set list was the same, except that new song “Liberty” was replaced by the title track of the previous album, “Faded Gloryville”. And what a great addition that was. Lindi was excellent in Brighton, but I felt she was lifted by the London crowd. Last gig of the UK tour too. There was a different level of energy and verve. She talked more, smiled more. James rocked more. For both gigs, Lindi often left the guitar to James and just put everything into the singing. And she was in really good, dramatic voice. 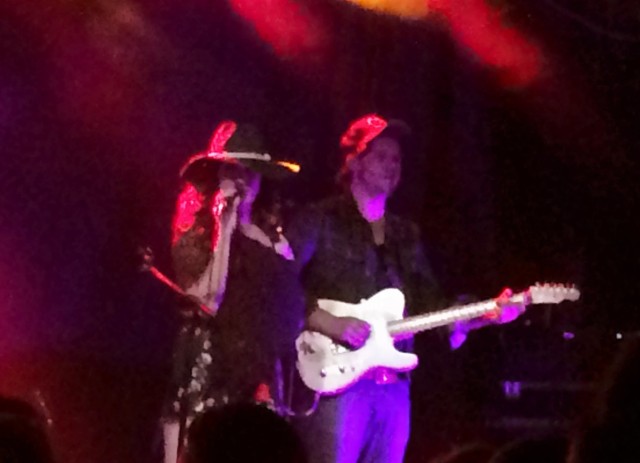 And, as a nice little postscript, we got to meet Lindi at the end. I told her I thought she was the best country singer around. Well, why not? It’s true! 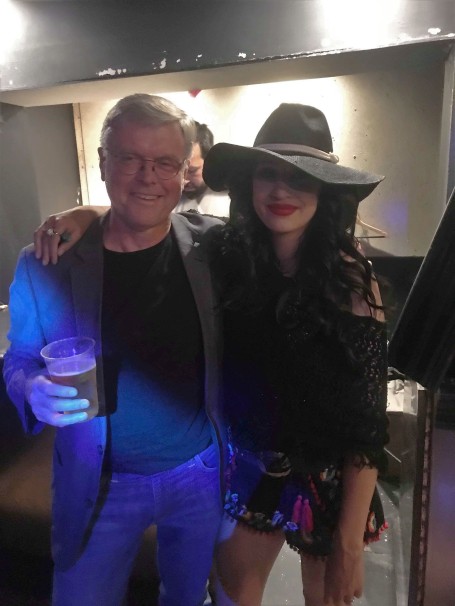 And for anyone interested, here’s the setlist. “Bang, Bang”, a tribute to Tarantino, was originally sung by Nancy Sinatra and is the same on this playlist.

I'm blogging about the things I love: music, sport, culture, London, with some photos to illustrate aspects of our wonderful city. I’ve written a novel called “The Decision”, a futuristic political thriller, and first of a trilogy. I’m also the author of a book on music since the 1970s called “ I Was There - A Musical Journey” and a volume of poetry about youth, “Growin’ Up - Snapshots/ Fragments”. All available on Amazon and Kindle.
View all posts by John S →
This entry was posted in Music - concerts, lists, reflections and tagged concerts, Komedia Brighton, Lindi Ortega, music, The Garage Islington. Bookmark the permalink.