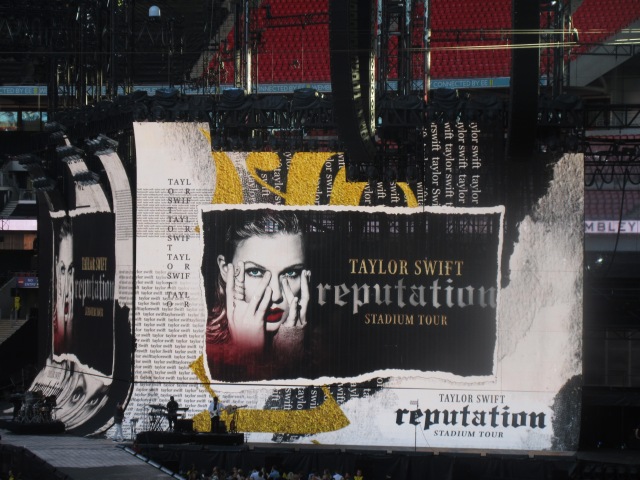 Last night I took a break from my usual musical fare of indie, country and old favourites and went for a pure pop experience – Taylor Swift at Wembley Stadium. Why, you may ask. Why not, I might reply. Actually, the reason is simple – I really like her latest album “Reputation”. Like anyone with any interest in music, I was familiar with Taylor Swift’s best known songs – “Shake it Off”, “We are Never Ever getting Back Together”, “Blank Space”, that sort of thing. When my daughters were a bit younger (they’re now 19) they liked her music, and so there was a bit on my iTunes. Chance for a sneaky listen! What I heard I thought was good, and I could see and hear the appeal to the target audience, but I found the music just a bit too shiny and tinny to listen to a lot. And of course Taylor was always in the news, having a spat with some celebrity or other. So when “Reputation” came out I read about it with interest – the Guardian took it pretty seriously, if I recall. But the catalyst for actually listening to the album wasn’t the reviews or the publicity. It was Catherine McGrath, the Northern Irish country singer who I like a lot. She often posts videos on her Facebook page of her singing covers of songs she likes. And she did a version of “Gorgeous”, which is one of the catchiest songs on “Reputation”. I thought, I like this, must listen to the original. And I liked that too, so I listened to the whole album, and what I heard was the perfectly designed, state-of-the-art pop album. With great melodies, rousing choruses, pounding beats, rumbling bass lines, and an interesting narrative. You can be cynical about wealthy pop stars bemoaning their lot, but Taylor Swift does it with style, makes her trials and tribulations interesting. I particularly liked “Delicate” – my reputation has never been worse… possibly an exaggeration!

So, when I read about the tour, I thought, let’s do it. Tickets weren’t cheap, but what the hell, it will be a spectacle. And it sure was! She was doing two nights at Wembley, and the show on Friday wasn’t a sell-out, but the stadium was 90% full. No shortage of atmosphere and anticipation. The age range was quite mixed – it’s fair to say most of the people of my generation in attendance were there with their kids, or even grandkids, but the teenies were in no way the majority. I’d say the twenty and thirty-somethings dominated, with a gap in the late teens – a bit like my girls, who’ve moved on to better, cooler things (at least for now). I managed to persuade Kath to come, the seats were comfortable (not that we were able to sit down much once the concert got going) and it was easy to buy a beer – the queue for the Pick’n’Mix sweets was longer!

So the scene was set.

There were two entertaining support acts: Charli XCX, who was very bouncy, and Camila Cabello, who I was impressed by. She had her banging anthems, but mixed it with Latin rhythms and some powerful ballads. She had a great voice. Absolutely the kind of music we used to hear in the discos of Cala Gogo on the Costa Brava in years past. A rival to Shakira perhaps.

And then the build up to Taylor’s grand entrance. “Bad Reputation” by Joan Jett playing, and then the inevitable opener, “…Ready for It?”, first track on “Reputation”. That was followed by the defiant “I Did Something Bad” (which went down really well) and the gorgeous… “Gorgeous”. What a start! Songs from “Reputation” dominated the album, and they were greeted like old favourites. The set was pretty amazing at times, the costumes and screens ever changing, and there were a lot of snakes! Signifying something on Taylor’s mind, no doubt. Surrounded by them in the world of showbiz, I guess. There were two stages halfway down the pitch, as well as the main stage, and Taylor sang and danced on both in the course of the evening. She was transported in mid-air to and from them. There was a lot going on! She sang part of “Delicate” in a gilded cage suspended over the audience, after telling one of her heartfelt stories – no doubt the same every night, but done with sincerity. That was followed by perhaps the highlight of the show, with the most reaction from the crowd. “Shake it Off” of course, where she was joined by Charli XCX and Camila Cabello. No trick missed in this show.

The exuberance of “Shake it Off” was followed by Taylor picking up an acoustic guitar and going back to her country roots. A nice reminder. One of the songs she sang was a stripped down version of “So it Goes” off “Reputation”, which I really liked.  Later she sat at the piano and sang a lovely version of the come-down closer on “Reputation”, “New Year’s Day”. It ain’t all brash dancing, big beats and inflatable snakes!

She played for two hours too, which was more than I would have expected. I think she genuinely wants to give something back to her audience and she did that and more. I really enjoyed the show – the music was brilliant, it was a huge spectacle, the atmosphere was great, especially when all the wrist bands lit up as darkness fell, and she really means it. What more could you ask for?

A magnificent evening – so glad I bought those tickets on a whim, after a couple of glasses of wine one night!

I took a load of photos. Here are a few. Hopefully they convey a sense of the occasion. 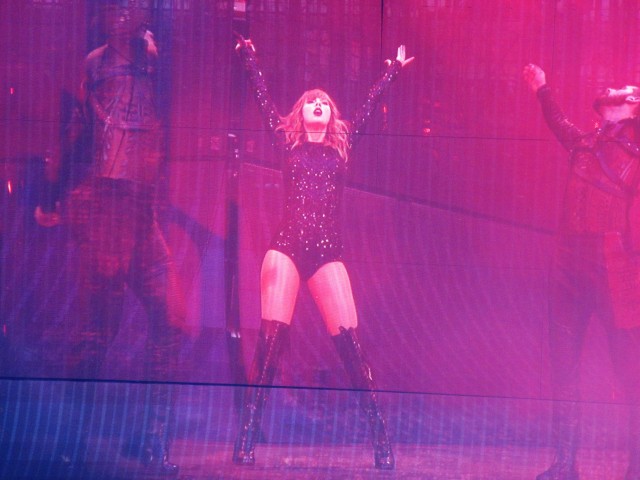 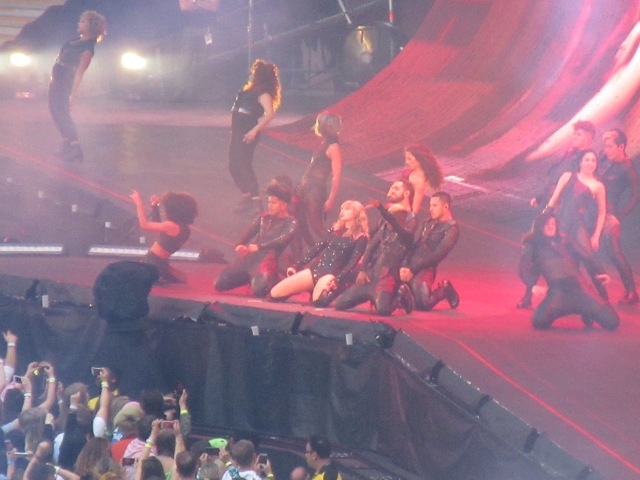 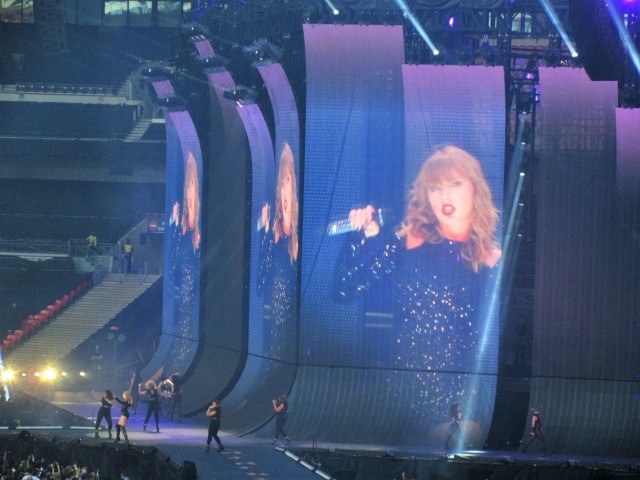 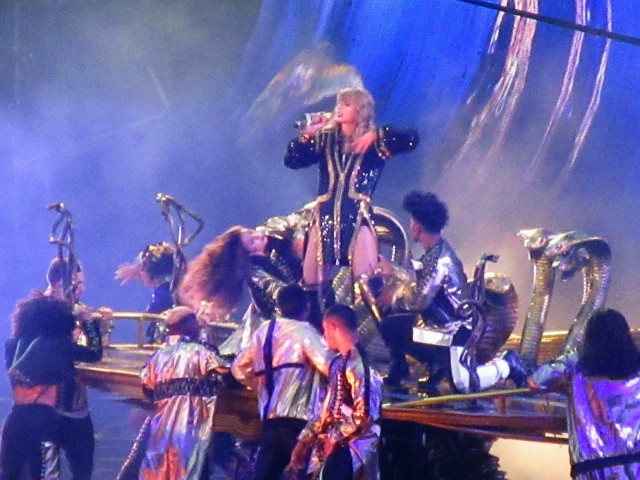 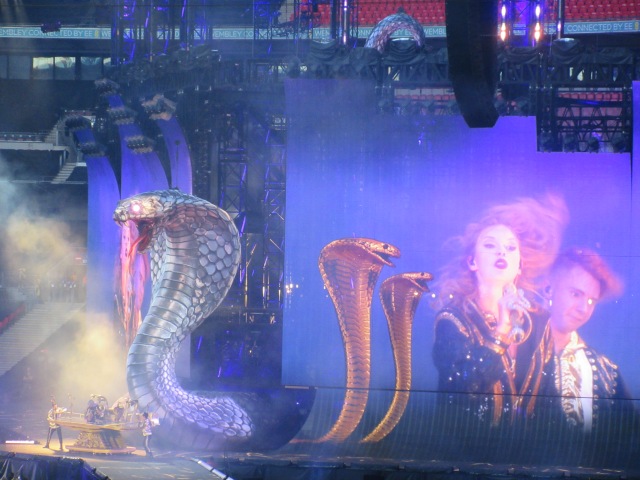 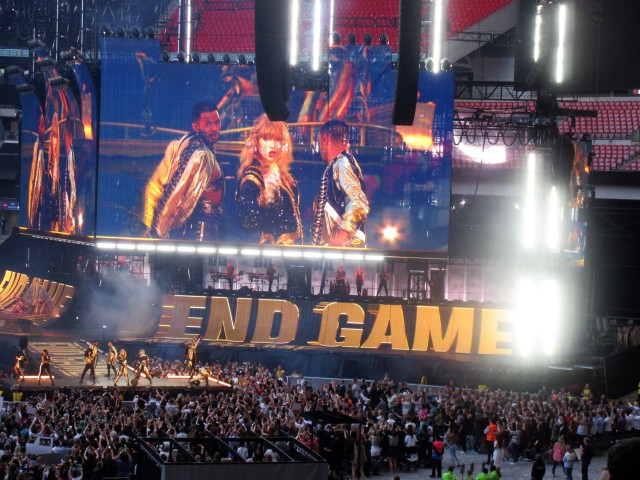 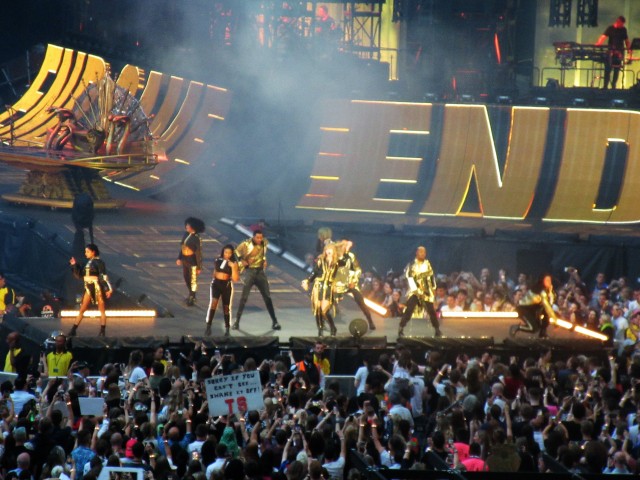 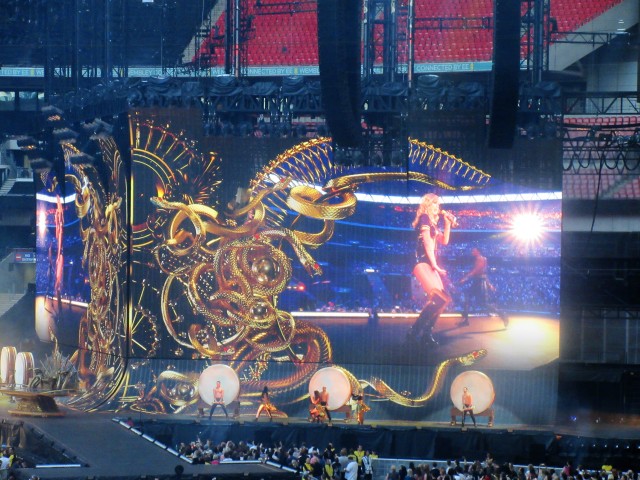 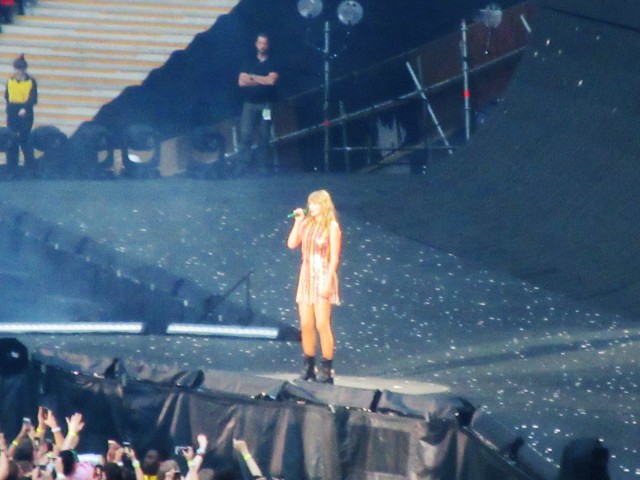 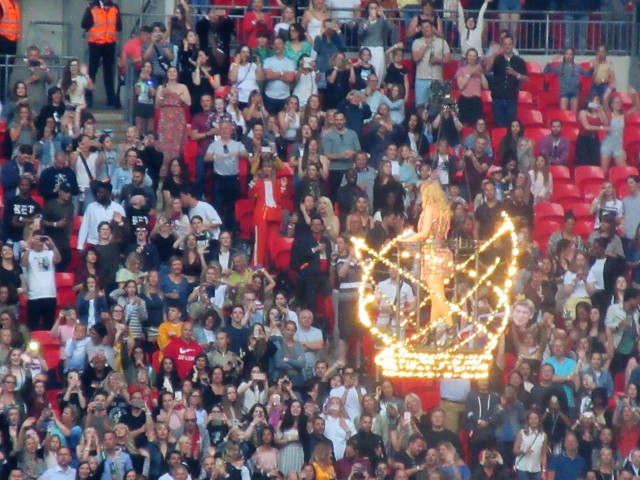 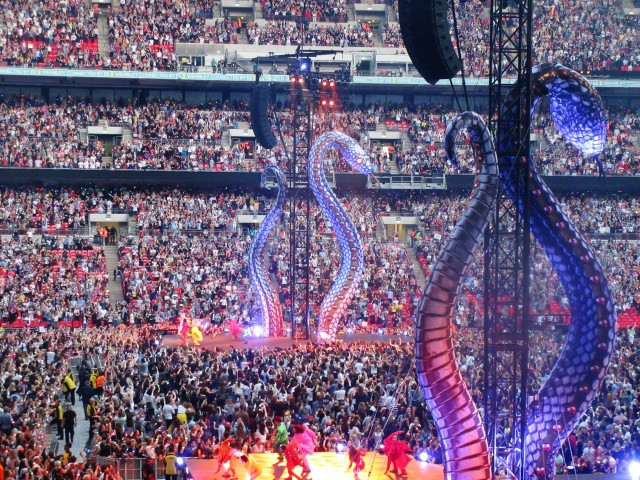 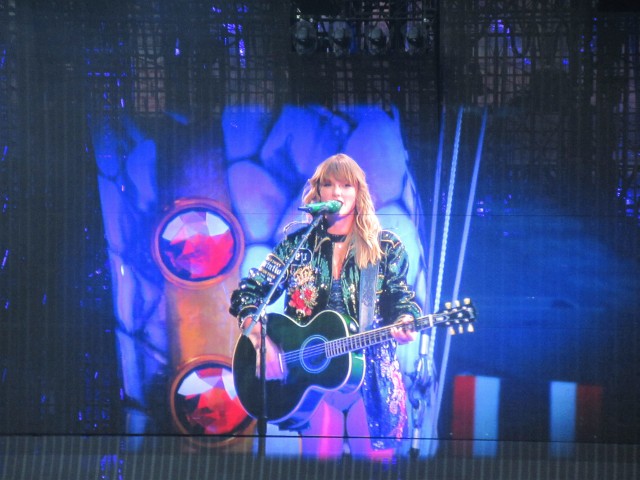 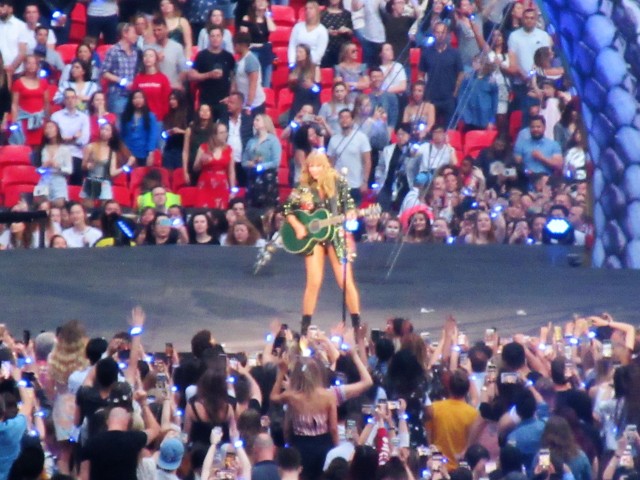 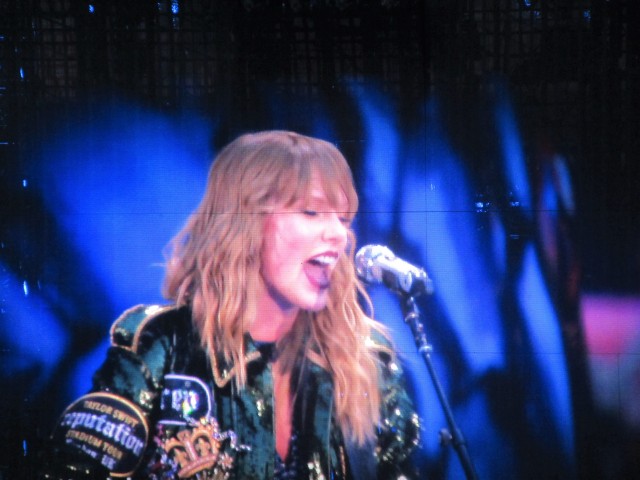 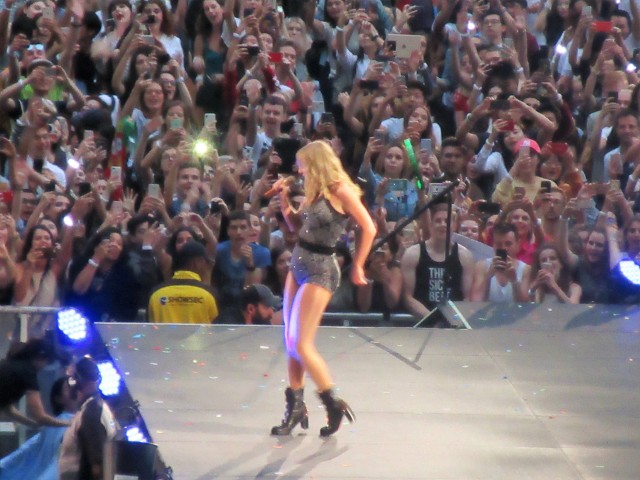 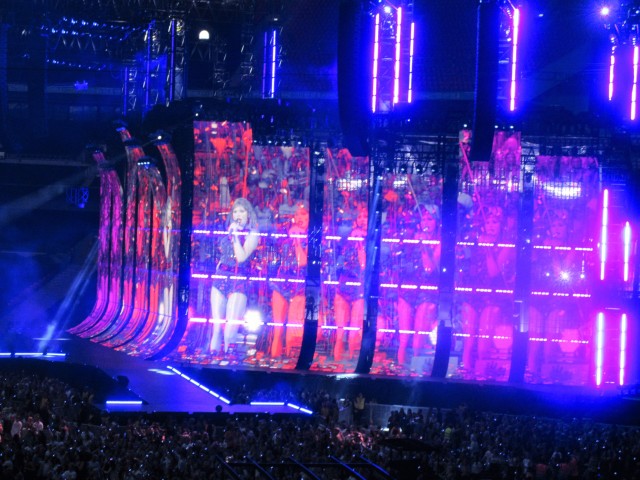 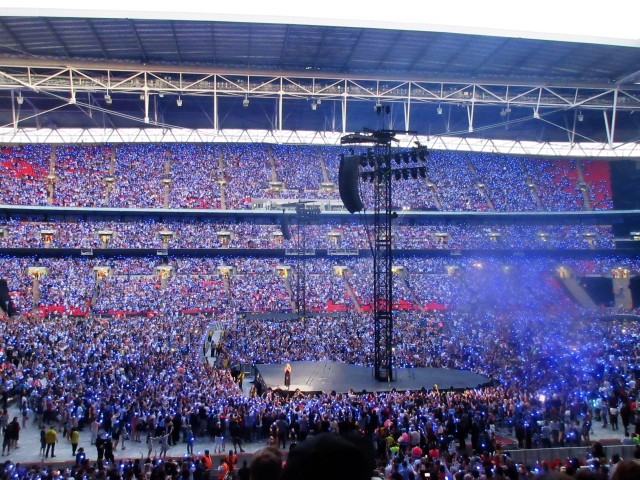 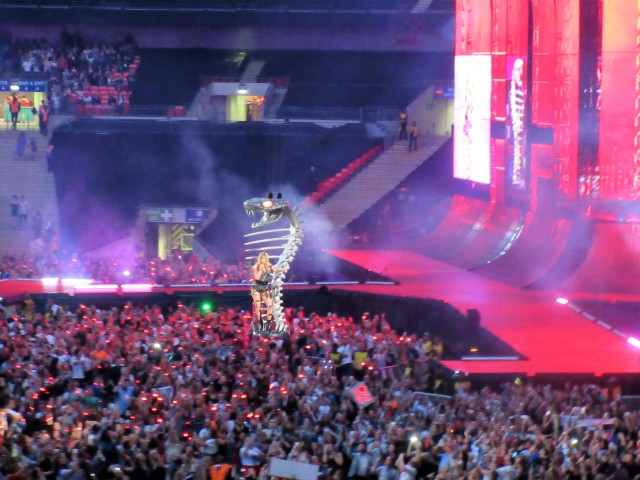 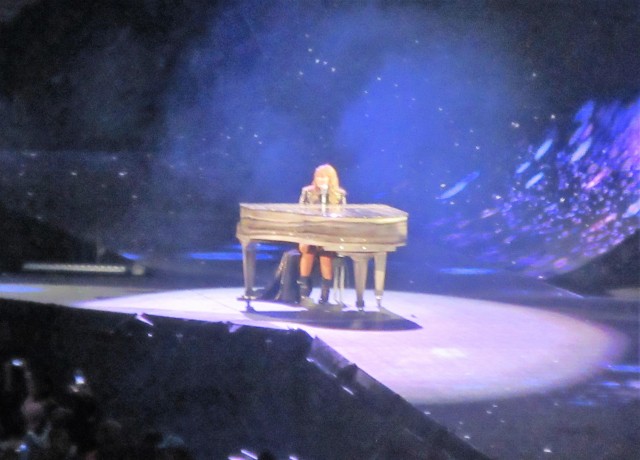 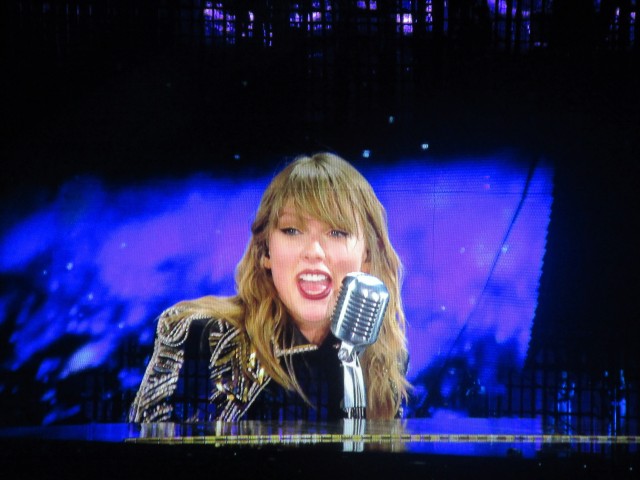 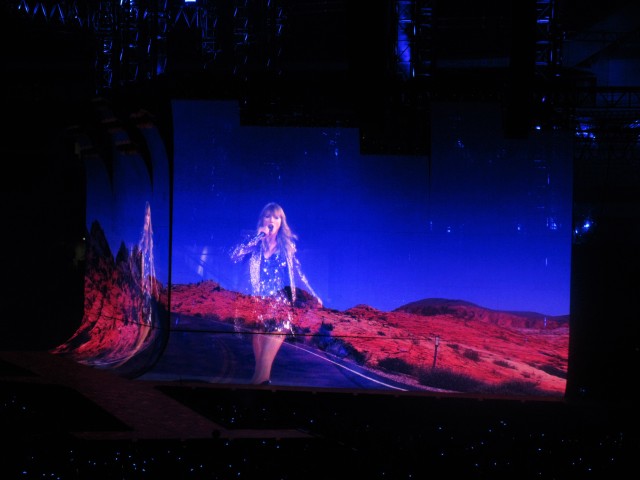 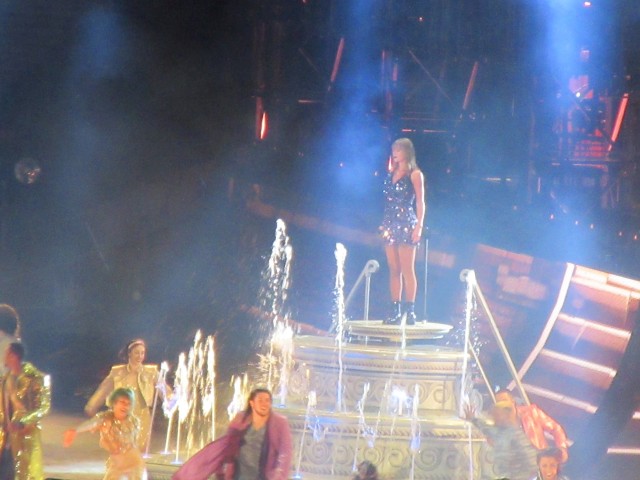 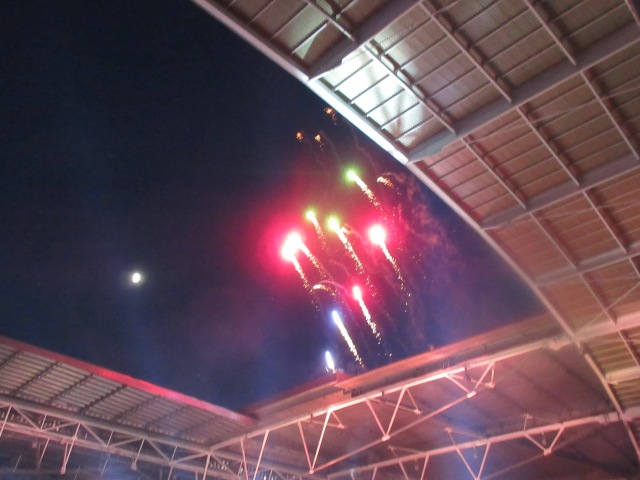 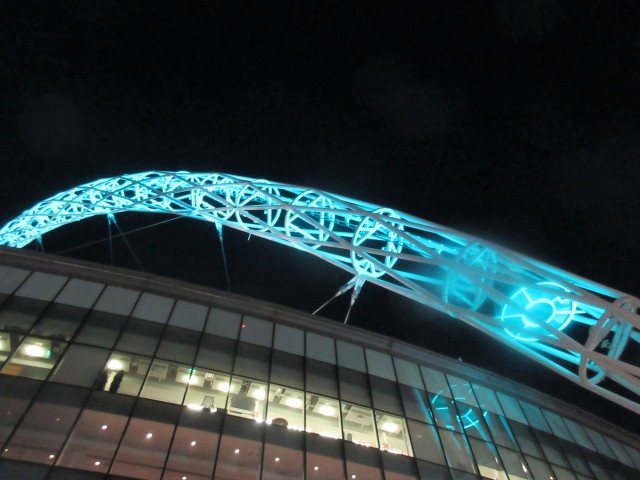 I'm blogging about the things I love: music, sport, culture, London, with some photos to illustrate aspects of our wonderful city. I’ve written a novel called “The Decision”, a futuristic political thriller, and first of a trilogy. I’m also the author of a book on music since the 1970s called “ I Was There - A Musical Journey” and a volume of poetry about youth, “Growin’ Up - Snapshots/ Fragments”. All available on Amazon and Kindle.
View all posts by John S →
This entry was posted in Music - concerts, lists, reflections and tagged Camila Cabello, Charli XCX, concerts, music, Taylor Swift, Wembley Stadium. Bookmark the permalink.