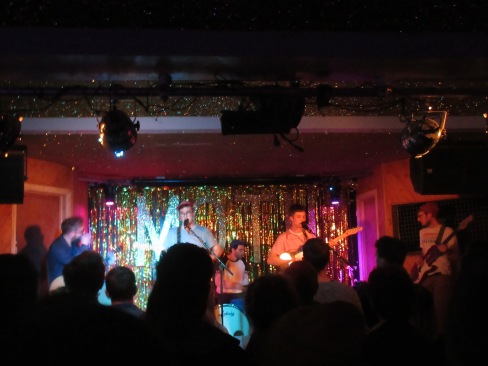 This time last week I went to see Swimming Tapes with Jon G at the Moth Club in Hackney. When he suggested it I confess that I’d never heard of them, but he said it was summery beach Boys-style indie guitars and I thought, why not? A nice contrast to the gloomy November weather which has now asserted itself. I did a bit of research before I went and liked what I heard. Jangling guitars; lovely, breezy melodies. Reminded me a bit of a band I used to like in the early-mid 2000s, The Thrills. I used to play their album “So Much For The City” in the car a lot and my kids used to sing along to songs like “Big Sur” and “One Horse Town” in the back!

The Thrills are from Ireland, and coincidentally, Swimming Tapes, while based in London, hail mostly from Northern Ireland. They came on to a traditional Irish song, “The Star of the County Down”. Live their sound was excellent. The guitars did indeed jangle and lilt, and sometimes soar. There was an infectious, danceable beat to the tunes and they looked like they were having a lot of fun. The place was pretty full and the crowd were really with them. I really enjoyed it. 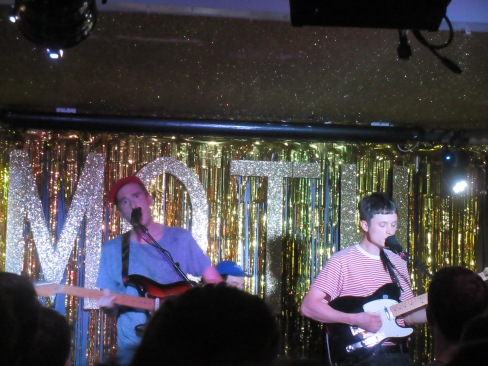 The band were very happy about the number of people who had turned up. One of their singers confessed that they were so nervous before they came on that they could “hardly breathe”. They put “Star of the County Down” on to relax themselves – though I thought it was also a statement about where they were from.

They don’t have a debut album yet, but they’ve put out a number of EPs since 2016, full of those summery sounds. I’ve put them all on one playlist on Spotify and have been playing it a lot. Feel good music. We all need a bit of that. Top tunes for me at the moment are “Alison” (which was their last song), “Souvenirs” and “Cameos”.

I’ll be looking out for any new music they put out, and they would be perfect for a mid-afternoon slot at Latitude or End of the Road. We shall see! 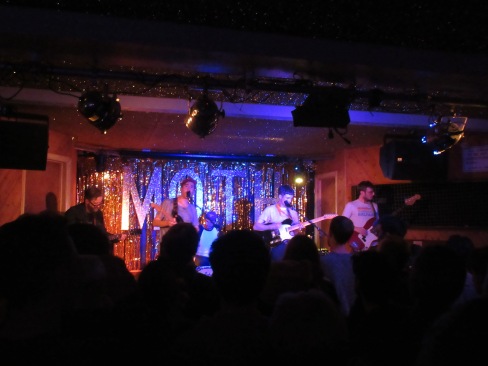 I'm blogging about the things I love: music, sport, culture, London, with some photos to illustrate aspects of our wonderful city. I’ve written a novel called “The Decision”, a futuristic political thriller, and first of a trilogy. I’m also the author of a book on music since the 1970s called “ I Was There - A Musical Journey” and a volume of poetry about youth, “Growin’ Up - Snapshots/ Fragments”. All available on Amazon and Kindle.
View all posts by John S →
This entry was posted in Music - concerts, lists, reflections and tagged concerts, Moth Club Hackney, music, Swimming Tapes. Bookmark the permalink.

1 Response to Swimming Tapes at the Moth Club, Hackney, 20 November 2018