Big Thief are one of my favourite bands at the moment. I love their combination of folk, Americana and indie with an off-kilter element which reminds me a little of Radiohead. Singer Adrianne Lenker has a fragile but versatile voice which works beautifully with the folkier tunes and contrasts delicately with the moments of wild guitar that break out of some of the songs. The music is strangely conventional and unconventional. Last year the band released two albums: “UFOF” and “Two Hands”. I really liked “UFOF”, which was their gentlest album yet, but still rocked out with songs like “Jenni” and “Contact”, and had a lot of that Radiohead feel, especially on the title track. “Two Hands” didn’t do so much for me at first, but after a few listens songs like “Not” and “Forgotten Eyes” made their mark. I saw them play a couple of times last year too: first at SWX in Bristol in May, and then at Green Man, on the main stage, in August. I loved the Bristol show, which felt like a real celebration. Green Man, in the open air, with Adrianne wearing a silly wig and moustache, was good, but inevitably lacked the intimacy of the indoors.

So the show last Thursday seemed set to be kind of familiar, but also different, as the band change their set around quite a lot from show to show and they had a new album to promote in “Two Hands”. And what we got was a pretty perfect mix of the new and the old, over 19 tracks, including a rather short encore. The show started typically perversely, not with a rousing favourite or flagship new song, but two Adrianne solos, a song called “Zombie Girl” (according to Setlist FM) and the lovely “Orange” from “UFOF”. But then we got a run of Big Thief classics – “Masterpiece” (the song that first caught my attention), “Capacity” and “Shark Smile”, which rolls and rumbles after its rasping electric intro. We were all set up!

Other highlights were “Real Love” and “Not”, both of which featured some epic guitar, mostly from Adrianne; another old favourite, “Mary”, where Adrianne sets off on lyrical streams that feel like poetry; and of course the new old favourite, “Cattails” from “UFOF”, which verges on being a hoedown. Let’s say it has a bluegrass beat. With “Shark Smile” it’s the most danceable song in the set.

Credit too, to the people responsible for the sound (which must include the venue, as well as those on the mixing desk). It was really crisp and clear. I could even understand some of the words! The key, I think, was that it was loud enough to fill the space, but not too loud to distort the whole thing, which so often happens. It meant we were able to appreciate fully the excellent musicianship of the band.

So my best Big Thief experience yet.  Next up, End of the Road this September… 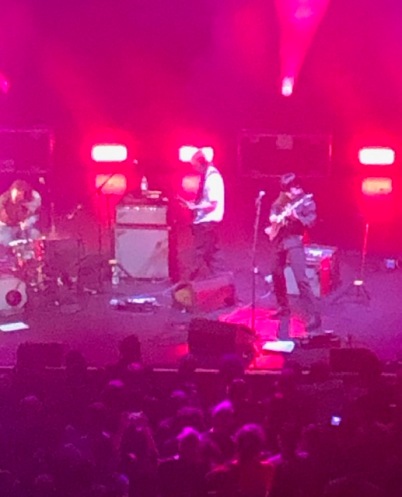 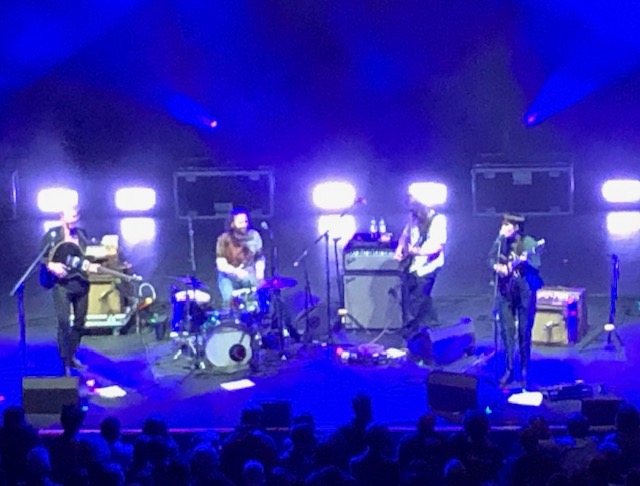 I'm blogging about the things I love: music, sport, culture, London, with some photos to illustrate aspects of our wonderful city. I’ve written a novel called “The Decision”, a futuristic political thriller, and first of a trilogy. I’m also the author of a book on music since the 1970s called “ I Was There - A Musical Journey” and a volume of poetry about youth, “Growin’ Up - Snapshots/ Fragments”. All available on Amazon and Kindle.
View all posts by John S →
This entry was posted in Music - concerts, lists, reflections and tagged Adrianne Lenker, Big Thief, concerts, Hammersmith Apollo, music. Bookmark the permalink.