lovelondonscenes 168 – Sunshine on the Canal – or is it the River?

A familiar scene, the Grand Union Canal – and the River Brent. The two become one on this lower stretch, which leads at Brentford into the Thames. After two days of incessant rain and most of the news being about coronavirus, it was great to get out into the winter sunshine and stretch my legs. I walked down to Boston Manor Park, crossed over the wooden bridge there onto the towpath and walked north and west to Hanwell. It was pretty flooded in places, which was no surprise, but it was all passable in walking boots – you wouldn’t want to muck up your fancy trainers though. The whole walk ended up being about 7 miles, which blew out the cobwebs nicely.

A few photos below, taken with the iPhone.

From the wooden bridge at Boston Manor park, near the A4. 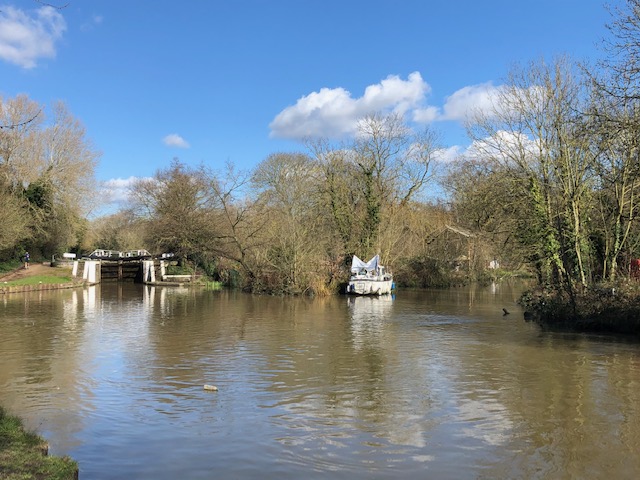 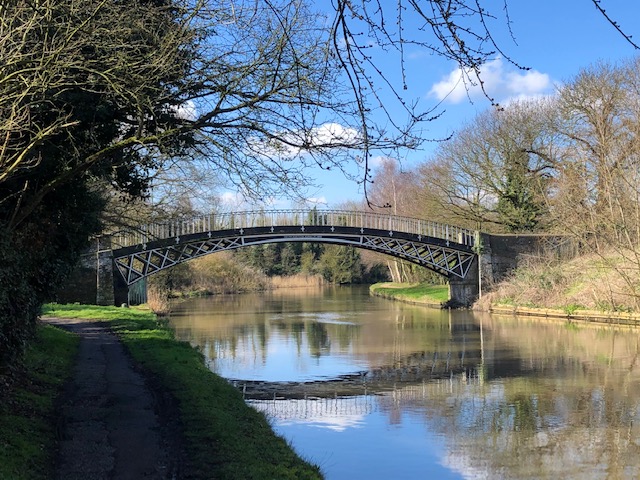 This is parakeet territory, though they moved quickly away when I tried to take a snap. The bright green troupe are a bit of an anomaly in the West London woodland, but they must have escaped from somewhere, and now seem to be thriving.

The other end of that loop. There’s a lock nearby which is called Osterley lock, though it’s nowhere near Osterley. Elthorne Park is nearby.

This is where the River Brent parts company with the canal, or alternatively, where they are about to come together. The West London mangroves! 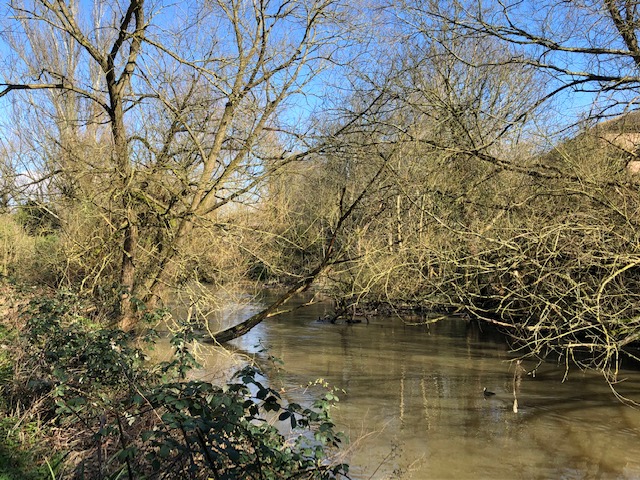 Going under the Uxbridge Road, water still dripping down. Still, this place is sometimes completely flooded.

The Wharncliffe Viaduct, from Brent Meadow. Built in 1836-7, designed by Brunel. Still a railway bridge.

Finally, the Brent looking lively. The canal absorbs it and slows it down.

It’s good to have this lot on your doorstep.

I'm blogging about the things I love: music, sport, culture, London, with some photos to illustrate aspects of our wonderful city. I’ve written a novel called “The Decision”, a futuristic political thriller, and first of a trilogy. I’m also the author of a book on music since the 1970s called “ I Was There - A Musical Journey” and a volume of poetry about youth, “Growin’ Up - Snapshots/ Fragments”. All available on Amazon and Kindle.
View all posts by John S →
This entry was posted in Photos - lovelondonscenes and tagged Grand Union Canal, London, Photography, photos, River Brent. Bookmark the permalink.

1 Response to lovelondonscenes 168 – Sunshine on the Canal – or is it the River?