On Thursday night I took the short journey down to Shepherds Bush Empire to see Julia Jacklin – again!

I first caught a glimpse of her at End of the Road in 2016, in the Tipi Tent, which was packed because of the rain. Didn’t hang around that day, but it sparked an interest. I downloaded the album, “Don’t Let the Kids Win”, and loved it. I made it No 7 in my 2016 Top Ten, and haven’t stopped playing it since – especially the beautiful ballads like “Motherland”, “LA Dream” and “Don’t Let The Kids Win”. I saw her play at Koko, supporting Whitney, in November 2016, headlining the Scala in March this year, and then she was at Field Day, Latitude and End of the Road (though I missed this one, as we skipped Sunday because of the rain).

Having booked tickets for tonight, I then found out that Girl Ray were at the Scala the same night. Damn these clashes! I decided to stay loyal, and I’m sure glad I did. It was her best show yet, the culmination of her biggest UK tour to date. The Empire wasn’t sold out, but there was a decent-sized crowd to help her and her excellent band celebrate a successful year promoting the album. Back to Oz, via the US, for a bit of proper summer weather.

I went onto the Empire’s Facebook page to check starting times and they helpfully had links to all the artists. There were two support acts: Faye Webster and Nilufer Yanya. The latter had been at Latitude, but I’d never heard of Faye Webster. So I clicked on the link and the video of her singing, unaccompanied, her song “Alone Again”. What a lovely song! So that decided it – had to go along to see her live.

She came on at about 7.45 with a reasonable number of people near the stage. I’d got a seat in the balcony and could take my pick, apart from the front row. Pint of San Miguel and space to chill. Initially it was just her and one of her band, who played what seemed like an electronic steel guitar, which gave the songs a lovely country twang, without being actual country.

At this point the only song I knew was “Alone Again” and she played that once the bassist and drummer had come on stage. I’d say the drums were a bit too thumping for the fragility of “Alone Again”, but were fine for most of the other songs, which were a mix of indie, easy listening and country. I saw Faye’s music described as “alt-folk”, which I guess will do as a description. A couple of times the bass and drum intros made me think were about to be treated to Fleetwood Mac’s “Dreams”, and Faye has the same sort of dreamy voice as Stevie Nicks. Another artist I was reminded of was Josh Rouse. He made some excellent albums like “1972” and “Nashville” in the early 2000s, which combined melodic pop with that country twang. Faye Webster is a bit more indy, and she seems to have connections with the Atlanta rap world too, but her music is coming from a similar place.

When I got home I downloaded her album “Faye Webster”, which came out this year, and I haven’t played much else since – except a bit of Julia Jacklin, of course. Songs like “She Won’t Go Away”, “I Know” and “Remember When” are real mellow pop delights – and “Say it Now” is the one with the “Dreams” bassline. Another comparison that comes to mind as I write is Whitney. Yes, a new contender for my 2017 Top Ten.

Nilufer Yanya was second on the bill. I had intended seeing her on the Lake Stage at Latitude on Saturday afternoon, but ended up at Declan McKenna instead. She’s from West London and has an interesting set of influences, as the Guardian article here describes. I thought she was pretty good – harder rhythms than Faye Webster and a sound that was part R&B, part indie.  The music didn’t grab me in quite the same way as Faye’s  – not the same instantly engaging melodies – but it’s someone worth listening to a bit more. 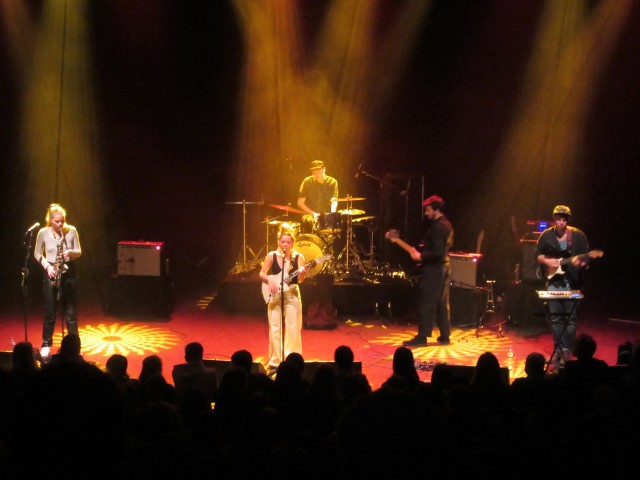 After a year on the road, she and the band have really got it together – you can feel the confidence in their sound. In a full length show like this, she was able to introduce a couple of new songs, “Good Guy” and “Why I Love You”, while recent singles “Cold Caller” and “Eastwick” are now well-established in the set. The set order had been turned around a bit from the festival selection. The slow-burn blues of “Hay Plain” no longer opened – in fact it was a perfect song to end with, in the encore. The band started with three of the more uptempo numbers, in the same way as the album does: “Leadlight” and “Coming of Age” from the album, along with “Cold Caller”. The album opener, “Pool Party”, closed the main set, as it usually does. In between we got all the usual delights – affecting songs, played sparely and sung beautifully by Julia. I particularly enjoyed the wistful reflections on friendship in “Elizabeth” this time around, and of course “Don’t Let the Kids Win” as the light streamed streamed onto Julia, alone on stage, was a moving highlight.

I guess we won’t have Julia Jacklin back on these shores for a little while now. Maybe there will be a second album in the meantime. I hope so – from what we have heard of the new material it will be another brilliant effort. So if you still haven’t heard Julia’s music, have a listen on Spotify – it’s a treasure waiting to be discovered. 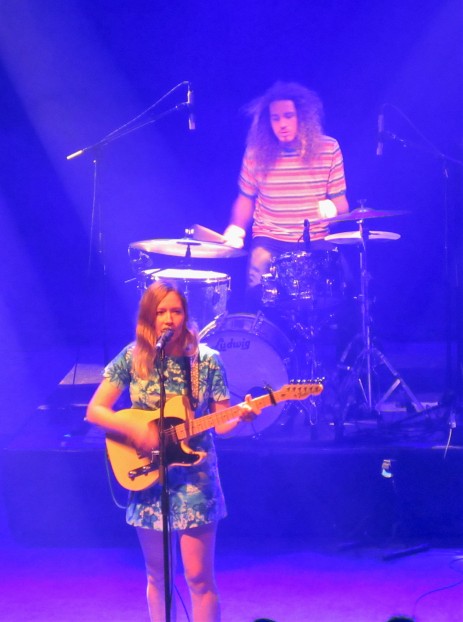 I'm blogging about the things I love: music, sport, culture, London, with some photos to illustrate aspects of our wonderful city. I’ve written a novel called “The Decision”, a futuristic political thriller, and first of a trilogy. I’m also the author of a book on music since the 1970s called “ I Was There - A Musical Journey” and a volume of poetry about youth, “Growin’ Up - Snapshots/ Fragments”. All available on Amazon and Kindle.
View all posts by John S →
This entry was posted in Music - concerts, lists, reflections and tagged concerts, Faye Webster, Julia Jacklin, London, music, Nilufer Yanya, O2 Empire Shepherds Bush. Bookmark the permalink.