This is a bit of a companion piece to my last blog on the Prince exhibition at the Dome. After that, my mates Dave, Jon and Tony and I wandered down to Greenwich to the Cutty Sark pub for a late lunch. We had a table upstairs by the window, and had a brilliant view out over the river. After a while – we were there for some time – the sun began to go down, and Canary Wharf, on the other side of the river, revealed its various hues. I took a few snaps, which are below.

Just starting with something different, which is a view from the Clipper, which we took from Westminster to North Greenwich earlier in the day. There are are so many iconic views in central London from the river these days. This is one as we moved out of the centre.

Views from our restaurant spot, starting with one of the Dome. The rest are Canary Wharf. They are all through a window and taken with my trusty but rather limited iPhone 5S. Excuses, excuses… 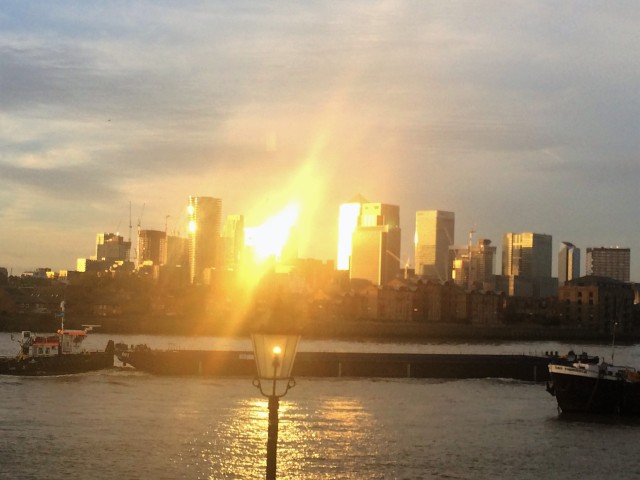 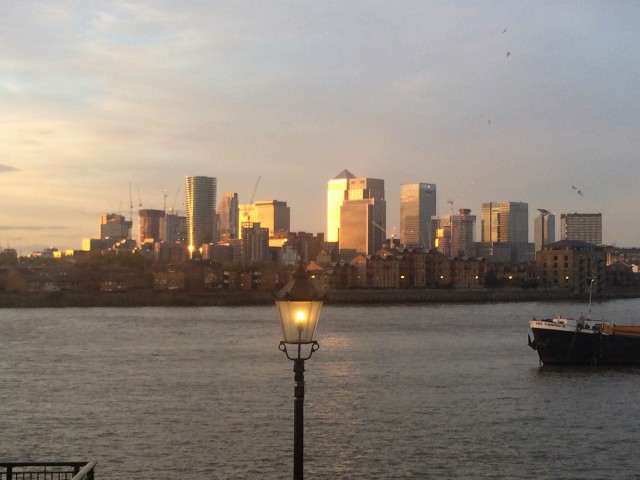 Yes, that is my head! 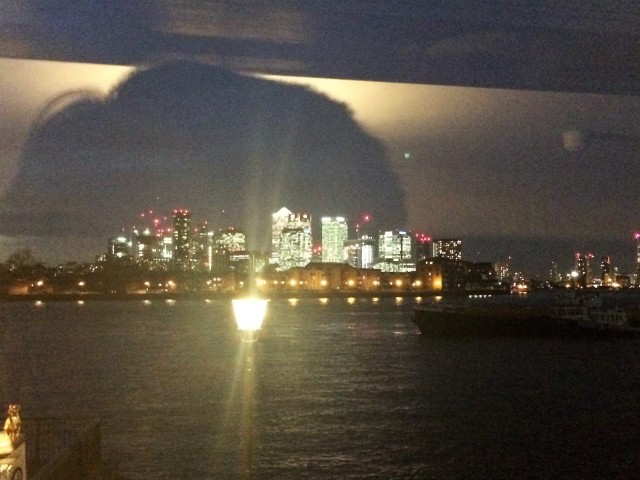 This image sums up the latter part of the evening quite well. It’s taken from inside the Clipper on the way back. It had been a long day! 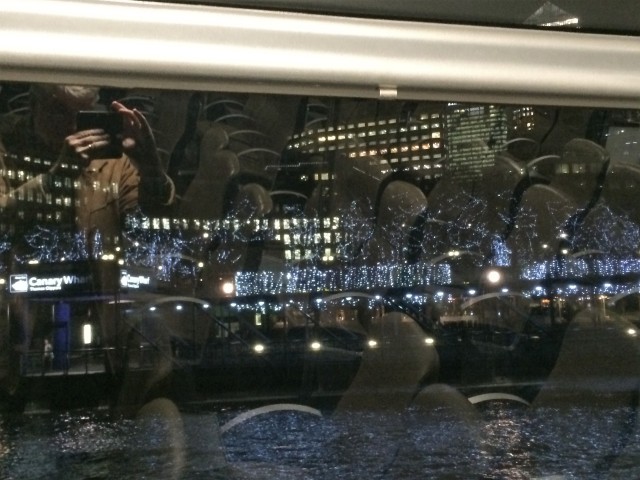 I'm blogging about the things I love: music, sport, culture, London, with some photos to illustrate aspects of our wonderful city. I’ve written a novel called “The Decision”, a futuristic political thriller, and first of a trilogy. I’m also the author of a book on music since the 1970s called “ I Was There - A Musical Journey” and a volume of poetry about youth, “Growin’ Up - Snapshots/ Fragments”. All available on Amazon and Kindle.
View all posts by John S →
This entry was posted in Photos - lovelondonscenes and tagged Canary Wharf, London, Photography, photos, River Thames. Bookmark the permalink.