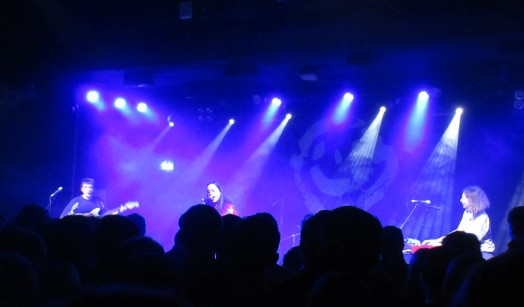 The Orielles played the Scala tonight, as part of the 20th anniversary of the venue. Funny that, I thought it had been going at least the 70s. I had it in my head that the punks used to play there. Drinks were late 90s prices – £3 for a pint of lager. We need more venues celebrating anniversaries in this way!

This is the fourth time I’ve seen the Orielles in less than a year. They were at both Latitude and End of the Road in 2018, and I saw them at Heaven too, in November. Their album, “Silver Dollar Moment”, was one of the best of last year, and live they never disappoint. Those elastic, funky beats, allied with the shimmering melodies, Esme Dee Hand-Halford’s wafting voice and Henry Carlyle Wade’s dazzling guitar riffs, are always a joy. 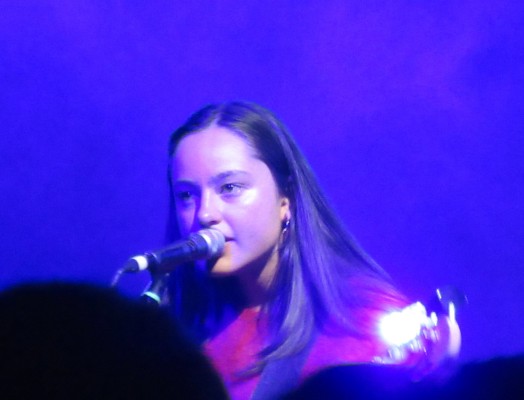 They opened with “Old Stuff, New Glass”, one of my favourite tracks – a perfect example of all those attributes just described. It was a largely familiar set, but there was one new song, the name of which I didn’t catch. (Nor did the contributor to Setlist FM, who calls it “New Song”.) Sounded like a work in progress still.  Highlights included the slow one, “Liminal Spaces” and its jazzy aftermath; “Blue Suitcase (Disco Wrist), which got some unlikely moshing going in mid-set; and quite a rocky version of “Let Your Dogtooth Grow”.  And they finished on a high, with three of their best: The fast-slow-fast “Sunflower Seeds”, greeted as a old favourite; the choppy funk of newish single “Bobbi’s Second World”; and then, finally, the epic “Sugar Tastes Like Salt”. This is the one when Henry really lets rip on guitar, underpinned by an absolutely solid rhythm from the rest of the band – Esme Dee and her sister, Sidonie B on bass and drums respectively.  It sounds different every time – Henry’s freeform moment. It’s an exhilarating end to the show.

The Orielles could really be anything in the future. “Bobbi’s Second World” ups the funk levels a notch further, which could be a pointer. Can’t wait for the second album! 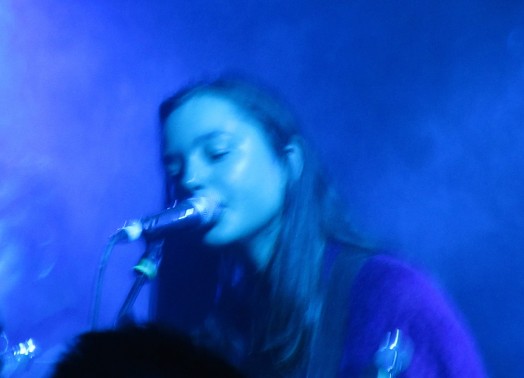 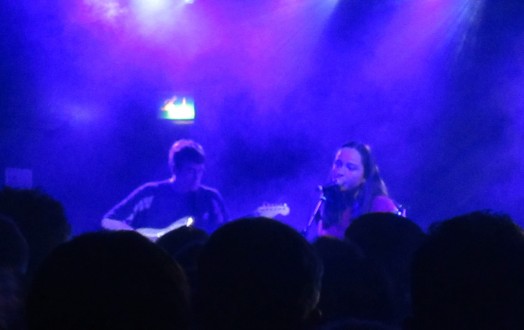 I'm blogging about the things I love: music, sport, culture, London, with some photos to illustrate aspects of our wonderful city. I’ve written a novel called “The Decision”, a futuristic political thriller, and first of a trilogy. I’m also the author of a book on music since the 1970s called “ I Was There - A Musical Journey” and a volume of poetry about youth, “Growin’ Up - Snapshots/ Fragments”. All available on Amazon and Kindle.
View all posts by John S →
This entry was posted in Music - concerts, lists, reflections and tagged concerts, music, Scala Kings Cross, The Orielles. Bookmark the permalink.