Like a million or so other people, I went to the Put it to the People march in central London today. Ostensibly a march for another referendum, the mood was much more about cancelling the whole Brexit thing right now. There are, of course, many different opinions about this, which is reflected in parliament, which, thus far has found it impossible to agree on anything resembling a way forward for Britain. It hasn’t been helped by a government and prime minister which has been incapable of reaching out to find a consensus to deal with the dire situation which our country faces.

Personally, I regard Brexit as an egregious act of national self-harm which has come about for many reasons, very few of which need an exit from the EU to be addressed. And many of which have arisen from disinformation and outright lies.  I would happily see Article 50 revoked next week, as the whole thing has been a disaster in the making, but that seems very unlikely – though you never quite know what’s going to happen next in Brexitland.  Notwithstanding my feelings about the whole thing, I’ve recently been coming close to thinking that maybe if we can just get a “soft” Brexit – a “Norway” or “Common Market 2.0” – that would do. It honours the referendum result and mitigates the worst economic damage, though the UK becomes a “rule-taker” and has far less influence in the world. It’s far worse than staying in the EU, but given that England (and I mean England) appears to be psychologically incapable as seeing itself as an integral part of Europe, it might be the best compromise. The trouble is, we seem to have stopped doing compromise. What has happened to this traditionally pragmatic and practical nation that we used to tell ourselves we were?

With all this buzzing through my mind, I wasn’t sure whether I should bother going on the march. But I decided to be positive, and my friend Jon was like-minded. So we met in Hammersmith and walked to Park Lane, where the march was starting from. We got there around 1pm and hung around for nearly an hour. There was almost no movement, as there were so many people. The atmosphere was good – thousands of decent people, who just don’t want to see their country f****d up. There was no visible sign of police. I guess they took the view that all these nice middle class people (the caricature) would behave themselves. Well they did!

Given that it looked like we’d never move far, Jon and I decided to walk through Hyde Park, over Hyde Park Corner and into Green Park. We then walked along in parallel to Piccadilly. That worked well, so we went further and took a route through an alleyway which took us onto St James’s Street, where the main march came off Piccadilly. We joined it there and spent a while slowly moving through St James’s and then Pall Mall, to Trafalgar Square. The vibe was really good – a sense of unity, amongst people of all ages. No division between the young and old, as the referendum vote had exposed – one of many divisions. There was a great band of drummers adding to the atmosphere as well. At Trafalgar Square we looked down Whitehall and reckoned the crowd had become static. The rally at Parliament Square was probably beyond our reach, although, knowing London pretty well, we probably could have found some backstreet route that got us there. But, truth be told, the lure of the pub was too strong by then, and we made our way initially to the Coal Hole on the Strand. We weren’t the only ones.

The actual rallies, in any case, are generally simplistic sloganizing, so I doubt we missed very much. We moved onto a pub called the Old Bank near the Royal Courts of Justice. A couple of pints of London Pride and some good conversation. I think we both felt inspired, encouraged by the experience of the march. Just seeing so many people together, concerned for the well-being of their country. No doubt the government will completely ignore the march and plough on in its dysfunctional way. But when the inquiry happens in the future, they will have a lot to answer for.

Here are a few photos I took along the way. 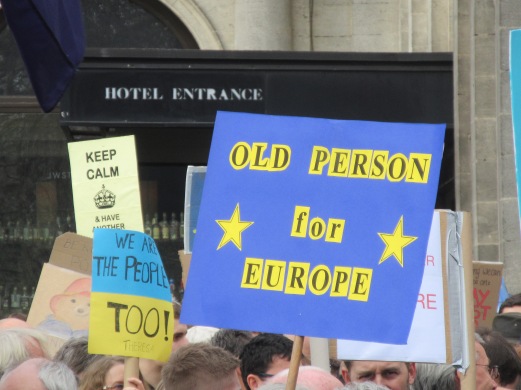 The White Rose of Yorkshire. 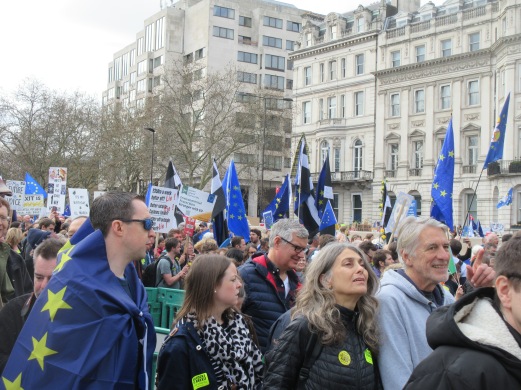 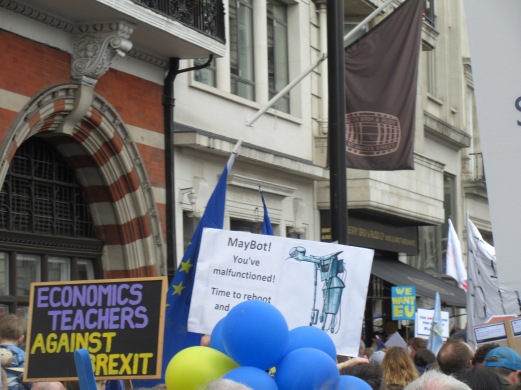 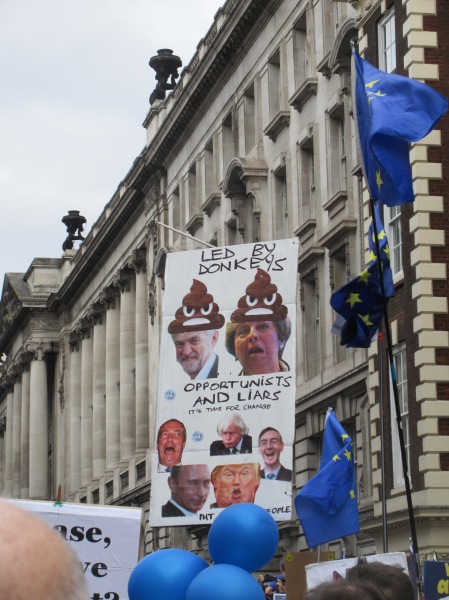 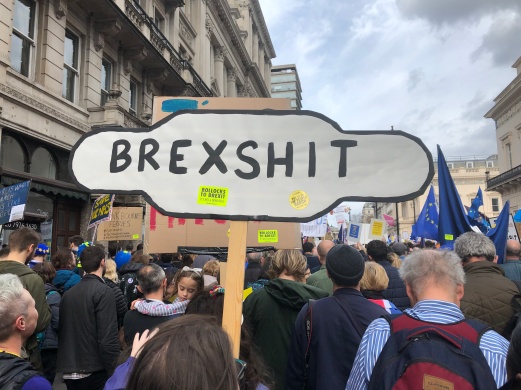 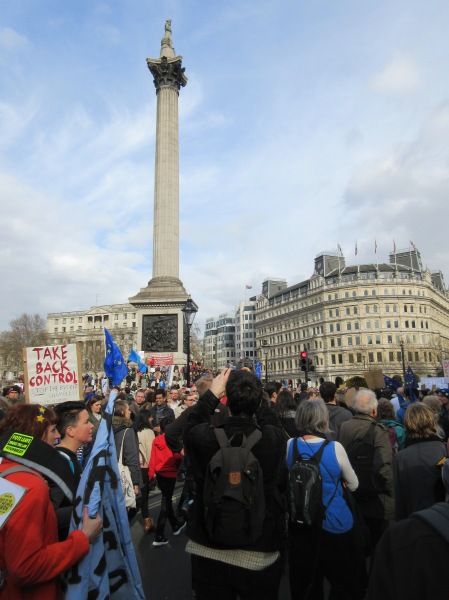 I'm blogging about the things I love: music, sport, culture, London, with some photos to illustrate aspects of our wonderful city. I’ve written a novel called “The Decision”, a futuristic political thriller, and first of a trilogy. I’m also the author of a book on music since the 1970s called “ I Was There - A Musical Journey” and a volume of poetry about youth, “Growin’ Up - Snapshots/ Fragments”. All available on Amazon and Kindle.
View all posts by John S →
This entry was posted in London, Random stuff and tagged Brexit, London, photos, Put it to the People. Bookmark the permalink.