Sharon van Etten was back in London after a break of four years, during which time she has been acting and having her first child amongst other things. Big things, life-changing things then. I saw her at the Shepherd’s Bush Empire in 2015. That tour was promoting her album “Are We There”, but it was getting to know the previous album, “Tramp”, that had really turned me into a fan. The song “Give Out” especially won a special place in my affections.

This time around, Sharon was at the Roundhouse – possibly my favourite venue, though I like the Empire too. And there’s a new album, “Remind me Tomorrow”. Much has been made of it having a rockier, more electronic sound than its predecessors. That is true, and it came through even more in the live performance. But the essence of the songs, the melodies, have a thread back to earlier efforts. An evolution, not a revolution.

“Remind me Tomorrow” dominated the set. All ten songs from the album were played. There were six more – five of her own songs, plus a cover of a Sinead O’Connor song, “Black Boys on Mopeds”. When checking this last one out beforehand, I realised I did actually own it – on a vinyl album from 1990 called “I Do Not Want What I Haven’t Got” which also had Sinead’s mega-hit, “Nothing Compares to U” on it. That was a cover also, penned by Prince in the 80s for an offshoot band called The Family.

The show began with “Jupiter 14”, complete with the thudding rhythm that characterised a lot of the new songs. A different dynamic to what I’d seen before: very polished, hard-edged, with Sharon taking a more central role in the performance than previously. The second song ratcheted up the rock – the punching “Comeback Kid”. Strident and confident. “No-one’s Easy to Love” completed the new album introduction before Sharon picked up her electric/acoustic guitar and played a couple from the past: “One Day” from early album, “Epic”, and then a crowd favourite, “Tarifa”, from “Are we There.” They had a gentler tone, which was a nice contrast to the pounding beats of the new stuff.

Another four from the new album followed. “Memorial Day” had an eerie quality, with Sharon on chimes; “You Shadow” and “Malibu” both had a jaunty soft-rock poppiness that reminded me a bit of Jenny Lewis’s old band, Rilo Kiley; and “Hands” was a bit of a revelation. Sharon strapped on her electric guitar and rocked! Gave her axe a damn good thrashing in fact. A powerful highlight. 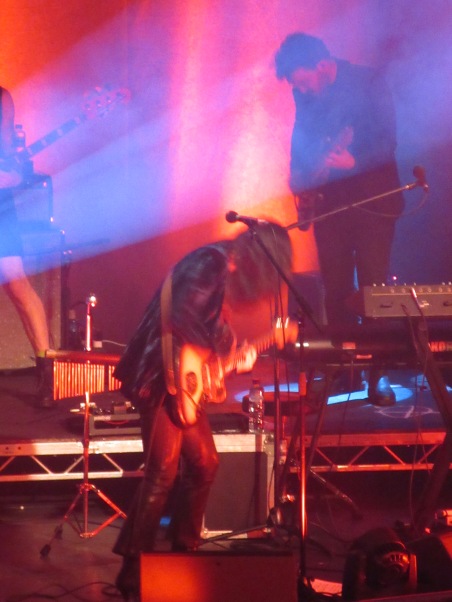 After that she sat at the keyboards for “Black Boys on Mopeds” – a plaintive protest against police violence, and just the ways of the world.  Counter-intuitively, a bit of respite before the new anthem, “Seventeen”. “Seventeen” has been heavily played on 6 Music, and deservedly so. There’s a strong hint of Bruce Springsteen throughout the song, especially the chorus, as Sharon converses with her younger self. And the bit where she started to shriek, hunched up at the front of the stage, eyeballing the crowd, really connected. A spontaneous cheer erupted from those near her. A great moment.

A pause for breath and fulsome thanks and we were into the last two songs of the main set. First, an established SVE anthem, “Every Time the Sun Comes Up” from “Are We There”, and then “Stay”, a beautiful lament from “Remind Me Tomorrow”. A lovely end to proceedings.

She was back for more of course. Starting with the anguished “I Told You Everything”, which completed the run through the new album; then a rousing version of “Serpents”, another SVE classic from “Tramp”; and finally, a second, wistful song from “Epic”, called “Love More”. Not an obvious ending, but Sharon van Etten is not inclined to the obvious.

I loved the show – it was one of those that just races by because it is all so good. I guess I would have traded two or three of the new songs for a bit more from “Are we There” or “Tramp”, but if you’ve got a new album, the first in five years, and you’re proud of it, then it’s understandable that you want to perform it.

And this was Sharon van Etten transformed. All the things she’s done in the past four years have clearly made her a much more confident, upfront performer. I remember at Shepherd’s Bush that she didn’t take centre stage, preferring to be behind her keyboards to one side. No chance this time – this was SVE in full effect. An artist coming to the peak of her powers. It was good to be there to see it.

A few more photos. Our seats allowed some good zooming! 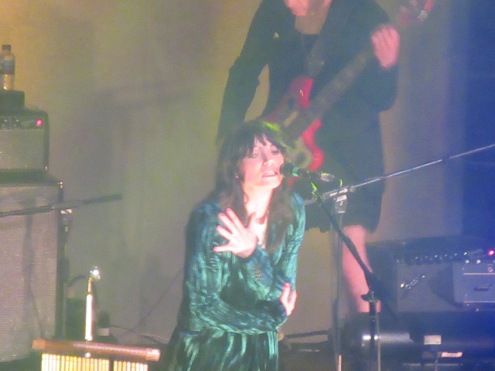 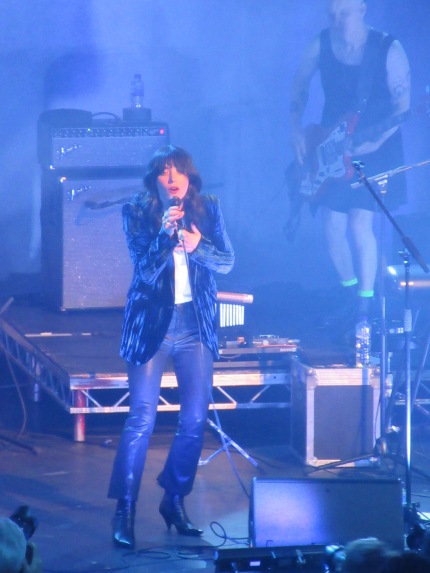 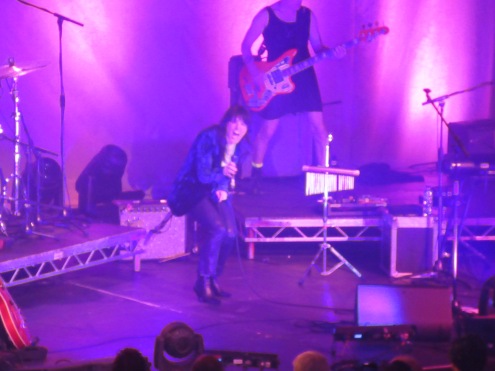 I'm blogging about the things I love: music, sport, culture, London, with some photos to illustrate aspects of our wonderful city. I’ve written a novel called “The Decision”, a futuristic political thriller, and first of a trilogy. I’m also the author of a book on music since the 1970s called “ I Was There - A Musical Journey” and a volume of poetry about youth, “Growin’ Up - Snapshots/ Fragments”. All available on Amazon and Kindle.
View all posts by John S →
This entry was posted in Music - concerts, lists, reflections and tagged concerts, London Roundhouse, music, Sharon van Etten. Bookmark the permalink.

2 Responses to Sharon van Etten at the Roundhouse, 26 March 2019